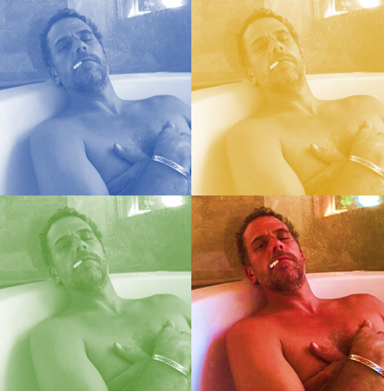 The New York Post published a story yesterday that, like most unflattering stories about Joe Biden, didn’t get much coverage in Denmark.

It was entitled “Smoking-gun email reveals how Hunter Biden introduced Ukrainian businessman to VP dad.” The smoking gun in question was an email on a computer whose contents came to the Post’s attention:

Hunter Biden introduced his father, then-Vice President Joe Biden, to a top executive at a Ukrainian energy firm less than a year before the elder Biden pressured government officials in Ukraine into firing a prosecutor who was investigating the company, according to emails obtained by The Post.

The never-before-revealed meeting is mentioned in a message of appreciation that Vadym Pozharskyi, an adviser to the board of Burisma, allegedly sent Hunter Biden on April 17, 2015, about a year after Hunter joined the Burisma board at a reported salary of up to $50,000 a month.

“Dear Hunter, thank you for inviting me to DC and giving an opportunity to meet your father and spent [sic] some time together. It’s realty [sic] an honor and pleasure,” the email reads.

The article cites other damning emails and also includes photographs that it claims were found on the computer (including the one used for this post’s featured image), and notes:

The computer was dropped off at a repair shop in Biden’s home state of Delaware in April 2019, according to the store’s owner.

Other material extracted from the computer includes a raunchy, 12-minute video that appears to show Hunter, who’s admitted struggling with addiction problems, smoking crack while engaged in a sex act with an unidentified woman, as well as numerous other sexually explicit images.

It’s a hell of a story, so of course the Danish media were all over it:

It’s like the inside-out version of the old “Republicans Pounce” trick, where stories that reflect badly on Democrats are covered by focusing on Republicans’ reactions rather than the Democrat misdeeds that provoked them.

Instead of focusing on the story itself, or pursuing the obvious lines of inquiry it suggests, the Danish media went straight to social media’s handling of the story.

I’ve got plenty of criticism to go around, but I want to focus on DR’s coverage in particular because they’re the only news organization that’s state-funded.

The title tells us that Facebook is removing news that’s critical about Biden, and that Republicans feel their voices are being suppressed.

The lede deepens our understanding of the “critical news” only by stating that a story about the USA’s presidential candidate has been blocked by Twitter and Faceboook.

The article opens as follows:

So what have we got?

One: Twitter and Facebook blocked a story about Joe Biden that had been published by a conservative tabloid. (Anyone ever seen a DR article, or heard a DR broadcast, where it was referred to as “the liberal New York Times”?)

Two: They did it because “one isn’t sure” whether the story is true. That’s accurate but uninteresting. What’s interesting is that this has to be the most selectively applied principle in social media history: to pick the most obvious of many, many possible examples: neither Facebook nor Twitter has taken any action, ever, on any tweets or posts perpetuating the Big Lie of Trump refusing to condemn white supremacists. Unlike the Post’s claims about Biden, which are certainly defensible if the evidence is reliable, which is uncertain, the Big Lie is a known lie.

Three: The story is about alleged corrupt connections between Biden and a Ukrainian businessman. Ah! So that’s what this is all about. What are those allegations? Who made them? What evidence is there to support or refute them?

We’re told that Donald Trump is really mad that the story is being blocked.

There are good reasons why the two companies blocked the story, we’re then told. At least, that’s what Astrid Haug thinks, and she’s “a social media expert.”

Astrid Haug says the companies have acknowledged that what happens on their platforms can affect the upcoming election. Social media, she says, are a very important component in the the campaign.

So they’ve tightened things up, she explains, in relation to what they’re allowing on their platforms, especially when it comes to fake news and misinformation about Biden and Trump.

Interesting. Has DR determined the Post story is fake news or misinformation? Or are they just taking this social media expert’s word for it? Or have they outsourced their own fact-checking to foreign companies like Twitter and Facebook?

The story then turns to two people “who are used to using Twitter and Facebook during campaigns” — Chris Bjerknæs of DF’s Ungdom and Sofie Lippert of SF Ungdom.

Sofie Lippert, we learn, is a fan of fake news being censored away and removed from social media. She feels this way because she thinks a lot of people only get their news from Facebook and need to be able to trust that what they see is accurate.

She doesn’t say whom we can trust to reliably determine what is and is not fake news, probably because our state-funded journalist doesn’t think to ask.

Chris Bjerknæs, on the other hand, doesn’t think social media should block information of any kind.

He describes himself as a supporter of free speech (as long as it’s not inciting violence), and says it’s a foundational right, especially important during a campaign. He believes users can judge for themselves what is and isn’t true.

I’m inclined to agree, but we’re told that Sofie Lippert doesn’t buy it.

DR then tells us that just like these two young politicos, reactions in the US differ depending who you ask.

That’s the end of the article.

So if Danes were to blindly trust DR for their news, all they would know was that a conservative tabloid published allegations of corruption between Biden and a Ukrainian, and that Facebook and Twitter blocked it. Also that, you know, the kids are divided on whether that’s a good thing or a bad thing.

The TV2 and Berlingske stories aren’t as bad (it’s hard to imaging setting a lower bar), but I don’t have time to get into them.