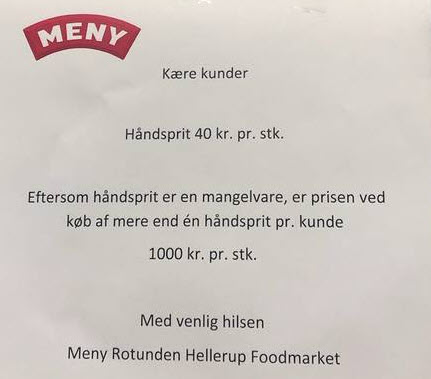 Pretty much everyone knows Aesop’s fable of the ants and the grasshopper: the grasshopper frolics the summer away while the ants work hard to set aside enough provisions to survive the winter. Come autumn, the sick and starving grasshopper begs the ants for food. “You made music all summer,” the ants say, “now dance!” And they turn their backs on him.

Aesop’s moral: “There’s a time to work, and a time to play.”

Aesop’s been dead about 2500 years, and as a dead white European male he’s obviously no longer relevant. His fables are racist, misogynist, heteronormative hate crimes.

Ants are nature’s fascists. Every colony is an empire, and the hoarding of food all summer by jack-booted imperial worker ants prevents freedom-loving insects from gathering provisions of their own. The grasshopper has a human right to food, and in denying it to him the ants are in violation of at least seven U.N. resolutions. Had Aesop’s grasshopper been granted access to a lawyer (which is also a human right), Aesop’s story would have had a much more equitable ending.

Where’d that come from, you ask?

While the rich countries hoard vaccines, the poor have to take their place at the end of the line, David Buch, TV2.dk, 9 December

The TV2 article is leaning on the BBC instead of CNN or the New York Times, but all of them are drawing heavily from “People’s Vaccine Alliance,” which Aesop might have called “The Grasshopper Alliance.”

To be clear: Aesop’s fable isn’t entirely appropriate here. Poorer developing nations haven’t failed to produce their own vaccines because they’re lazy or lack foresight, but because they’re poorer developing nations (who in many cases did themselves no favors by experimenting with Marxism, which is a lazy and stupid ideology that lack both foresight and hindsight, but we’ll save that for later). The people of those nations are our fellow humans and deserve whatever support we can offer.

But where does anyone get off demanding that successful countries reconfigure their pharmaceutical industries to make that happen? And how at this late date do they not understand that doing so would produce exactly the opposite of the result they claim to desire?

When there is famine and people are hungry elsewhere in the world, we send them food. We don’t rearrange our agricultural systems. We don’t demand that food be made free, everywhere, for everyone.

So when there is a pandemic, why are we expected to tear apart the very system that developed the vaccines?

Here’s the PVA laying it own in their own words, from the top of their website (my emphases):

Our best chance of all staying safe is to ensure a COVID-19 vaccine is available for all as a global common good. This will only be possible with a transformation in how vaccines are produced and distributed — pharmaceutical corporations must allow the COVID-19 vaccines to be produced as widely as possible by sharing their knowledge free from patents.

Instead they are protecting their monopolies and putting up barriers to restrict production and drive up prices, leaving us all in danger. No one company can produce enough for the whole world. So long as vaccine solutions are kept under lock and key, there won’t be enough to go around. We need a People’s Vaccine, not a profit vaccine.

But seriously: protecting their monopolies? Take a gander at the Covid-19 Vaccine Tracker from the Regulatory Affairs Professionals Society (RAPS). They list 51 candidate vaccines from private companies, universities, governments, and public-private partnerships. That’s not a list of 51 monopolies, it’s a list of 51 products, each one of which (presumably) represents an enormous investment of resources by the organizations and institutions behind them.

Nothing in the history of human civilization has proven to be faster or more efficient at solving problems than the twin jets of open competition and the profit motive. They’ve created more improvements to human welfare than any other idea in human history. Let people own and accumulate property, create a stable culture in which trade is safe and contracts can trusted, minimize government interference as much as possible, and there is really no limit on what humanity can accomplish.

If you want more vaccines produced, at higher quality and in greater quantities, it’s hard to think of a worse idea than putting governments in control and preventing private parties from making any profits.

So are the people behind this idea? Who are the People’s Vaccine Alliance?

A growing movement of health and humanitarian organisations, past and present world leaders, health experts, faith leaders and economists urging that when safe and effective vaccines are developed they are produced rapidly at scale and made available for all people, in all countries, free of charge.

A bunch of people who want free stuff, for everyone, everywhere, fast.

First: any economists who are part of this “growing movement” are guilty of malpractice.

But let’s focus onto two phrases in this “urge” of theirs. The first is “when safe and effective vaccines are developed” and the second is “made available for all people, in all countries, free of charge.”

The first phrase is a necessary condition of the second: you cannot distribute something that doesn’t exist. That’s not a complicated piece of logic, is it? If you want to hand out a bunch of free stuff, you’ve got to have the stuff. Everyone still with me? You kids in the back, you got it?

The problem is, if you tell everyone who’s building the stuff you want to hand out that they won’t be allowed to profit off it in any way, that’s going to throw a hell of a wrench into the works. (It doesn’t help if right off the bat you’re calling them greedy monopolists and accusing them of “putting up barriers” to “drive up prices.”)

The very sophisticated and complex economic principle at play here was best articulated by Robert Heinlein: There ain’t no such thing as a free lunch.

Things cost, and if those costs can’t be recaptured, those things don’t get made. Period. If you tell people or organizations, “we’ll reimburse you for your costs, but not a penny more,” you’re not eliminating the profit incentive, you’re rerouting it. The “cost” of labor and supplies will go up. The profits will still be there, hiding in the costs.

The U.S. Air Force famously paid $10,000 each for toilet covers as recently as 2017, before it dawned on someone that they could be produced on 3D printers for about three hundred bucks each.

The exorbitant cost was because (and I’m quoting from the article I just linked to), “with the Lockheed’s C-5 production line no longer active, there is no company with a fully staffed assembly line ready to produce exactly what it needs. That means the government has to hire a manufacturer to make a mold of the original toilet seat cover, redesign two-dimensional drawings to make sure the cover fits, manufacture a mold for the part, and then produce it — effectively reverse-engineering the toilet cover and building it from scratch.”

As even the Washington Post (!) had to acknowledge, “A profit-minded government contractor might be persuaded to absorb those costs if it could spread them across hundreds or thousands of toilets. But when the payoff is just one sale, businesses demand a higher price.” (Being the Post they still don’t get it quite right: (1) all government contractors are “profit-minded,” (2) willingness to “absorb the costs” has nothing to do with how many toilet covers they can produce, or any kind of persuasion: contractors “absorb costs” by setting prices that offset them, always, whether they’re selling a single unit or a million.)

They demand a higher price because they have to make enough money beyond their actual expenses to make it worth their while. Or why bother? After all, it’s awfully easy not to make a profit.

I concede that a vaccine is not a toilet seat. (Easiest concession I ever made.) But reality doesn’t operate differently whether you’re trying to save the health of the world or fit some airplane toilets with plastic covers. Prices are information, and when the requested price from the demand side is “free” the information being communicated to the supply side is: fuck you.

Consider the example of the Meny grocery store in Hellerup that got some attention earlier this year for their novel hand sanitizer pricing: the first bottle for 40 kroner; additional bottles 1000 kroner each.

The information those prices conveyed to consumers was: don’t buy more than one bottle. And the message was effective, as pricing messages almost always are.

(Although the owner acknowledged: “After all, it’s Hellerup, so I won’t deny there were some who bought two.”)

I understand the desire for a vaccine that reaches Nepalese sherpas and Tokyo businessmen and Malaysian fishermen and Wall Street financiers and Chilean potato farmers and Hollywood celebrities at exactly the same time, without anyone having to pay for it.

But that’s not how it works.

Someone’s going to have to pay for it or it’s not going to get made, because making things involves costs. And some of those costs are the risk and effort involved in producing it. “Profit” is just the cost of encouraging people to take those risks and make those efforts.

Notice, by the way, how the manager of that Meny in Hellerup chose to discourage hoarding: by raising the price. Notice also that it worked.

The People’s Vaccine Alliance is asking the world to raise the effective price of vaccine production by removing producers’ ability to get a return on their investment.

So long as there’s a buck or a euro or a yen to be made manufacturing and distributing a vaccine, there’s a massive incentive to make and distribute the vaccine.

That’s not very effective either, unless there’s an “or else” at the end of it.

And that’s why every demand from every Marxist everywhere, always, including all the Marxists at the PVA, ultimately amounts to a threat.

Ironically, a lot of the “developing” nations so badly in need of our help are in such dire circumstance to begin with because of their own experiments with Marxism.

It would be nice if the journalists of the west could explain that to their readers, but first they’d have to understand it themselves, and clearly they don’t.

I have an idea that might help them understand.

I suggest we create a “Free Journalism Alliance” to demand that all journalism be free for everyone, everywhere. After all, no one should have to pay a journalist for information that we all need: journalists only insist on salaries to boost their own profits and monopolize the flow of information.