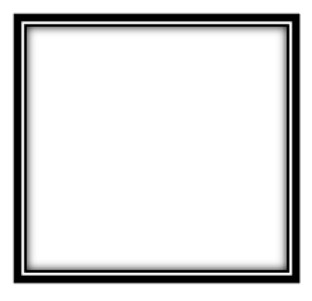 “Invisible” is, like beauty and astigmatism, in the eye of the beholder. Or not in the eye of the beholder. In fact, the sculpture isn’t even invisible: invisibility describes the quality of not being apparent to the eye, but Garau’s sculpture isn’t just hidden to sight, it’s entirely imaginary. It is, as he himself describes it, “made of air and spirit.”

In other word’s: it’s nothing.

Salvatore Garau was paid a large amount of money for having produced nothing and described it as something. It’s an almost perfect metaphor for our era: we weave great tapestries of words around sheer emptiness then act as if we’ve done something.

Consider his attempt to justify not having done anything:

The vacuum is nothing more than a space full of energy, and even if we empty it and there is nothing left, according to the Heisenberg uncertainty principle, that ‘nothing’ has a weight. Therefore, it has energy that is condensed and transformed into particles, that is, into us.

The paragraph should be preserved in amber and displayed at museums as the quintessential distillation of everything wrong with the western world in 2021.

First, of course, it’s a jumble of meaningless blather seasoned with pseudo-scientific language.

Second, it gets most of its “facts” wrong: vacuums are definitionally empty, so they can’t contain energy. If they did, they wouldn’t be vacuums. We cannot empty something that’s already empty. The Heisenberg uncertainty principle doesn’t have anything to say about the weight of vacuums, not even tangentially.

The purpose of Garau’s words is to explain how his imaginary sculpture is actually a thing and not just an eighteen thousand dollar con.

At the end of the day, nothing is still nothing, and, as Lear foretold us, nothing will come of nothing. It’s a mere lack of substantiality. A million Shakespeares speaking a million gorgeous words a year for a million years wouldn’t change that. Nothing is only nothing and words are only words.

If Salvatore Garau can erect a statue from the ether with his words, anyone can just as easily destroy it with words. (And I have, just now: I have mangled and mutilated Io Sono; I have defaced, defiled, and befouled it. Let’s hope the buyer insured his purchase.)

Unfortunately, the idea that words have actual physical effects has been gaining a lot of traction lately. The notion that “words are violence” is one very obvious manifestation of the phenomenon, and despite some gentle pushback from leftist organs like the Times (“When is speech violence?”) and some even harder pushback from leftist organs like the Atlantic (“Why It’s a Bad Idea to Tell Students Words Are Violence”), it doesn’t seem to be going away.

There’s also what we might call the “strongly worded letter fallacy” of international diplomacy: some bad actor does something dastardly on the world stage, something genuinely worthy of punishment—say, seizing Crimea, or crushing democracy in Hong Kong, or enriching uranium, or flinging missiles over the Sea of Japan—but for any number of reasons (usually simple cowardice and an unwillingness to dirty their hands) the so-called “international community” and its various members lack the will to administer any serious punishment. So they denounce the bad action with lots of words, lodge wordy complaints with the U.N., pledge themselves to take the matter seriously, and issue strongly worded letters to the malefactor. In short: they do nothing but pretend to have done something, and will then preen and applaud themselves, and probably scoop up a hatful of Nobel Prizes in the process.

And there’s the tendency of western nations to enter into an ambitious treaty, applaud themselves and one another for having achieved this magnificent watershed agreement, unprecedented in human history (and so on), and then not only fail to live up to the terms of the agreement, but castigate any person or nation who fails to give the useless agreement its due reverence.

Non-western nations don’t appear to be fooled by our fabulous castles made, like Garau’s sculptures, “of air and spirit.” They’re more about realpolitik: what Otto von Bismarck referred to as “blood and iron.” The Iron Chancellor’s remarks on the subject are worth remembering:

…it is not by speeches and majority resolutions that the great questions of the time are decided – that was the big mistake of 1848 and 1849 – but by iron and blood.

That’s not as martial a sentiment as it sounds. Bismarck was simply stating something every child knows but too many adults pretend to have forgotten: words are nice, and principles are important, but without the power to back them up, and the willingness to use that power, they’re worthless. The Declaration of Independence is a magnificent document, but it wouldn’t have meant much if the rebellious colonists hadn’t been willing to go to war on its behalf.

We can fool ourselves into thinking that Chinese or Russian aggression, or Iranian or North Korean treachery, can be stopped with our wonderful and magical words: that their aggression and treachery continue shows just how strongly they fear them.

This isn’t just a political phenomenon: our delusional belief in the invincible power of words has metastasized throughout our culture. Academia, which ought to be a crucible in which ideas are rigorously debated and tested, has become such a foamy froth of words that peer-reviewed journals are now routinely punked by pranksters alchemizing absurdities into scientific papers through the magic of wordplay.

Reality is non-negotiable. Things are what they are.

Western civilization is rich and powerful: we have enormous amounts of money and overwhelming military capabilities. That’s why we’re allowed to live our increasingly narcissistic lives without the fear and dread that such unseriousness would ordinarily warrant.

But the world remains a dangerous and capricious place, and the “air and spirit” of our era is going to be in trouble when—not if—the spell of that enchantment is broken.