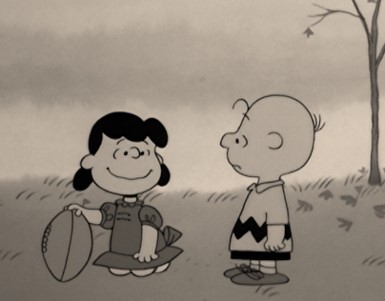 We had guests over for lunch Saturday afternoon.

Unlike many Danish households, we hadn’t planned our day around the evening’s European Cup match between Denmark and Finland, but we weren’t deliberately avoiding it, either. By the time 18:00 rolled around, our little gathering was winding down so we turned on the game. We didn’t watch it so much as monitor it.

It was a lovely afternoon—evening, by then—the sun was out, the sky was blue, a cool breeze was blowing through the open windows, and we were among friends. Life in Denmark was this close to normal again.

Things had been improving bit by bit all spring, as our government had been taking little baby steps toward allowing normal adult life to resume. The reopening of the schools, of restaurants, the gradual expansion of how many people could gather in one place, the return of office workers to their workplaces: it had been very incremental, very cautious, very slow, but it had been enough to engender some badly needed optimism even as the Danish winter refused to slacken its icy grip on us deep into spring. We had snow in March, snow in April, overnight frosts deep into May: it was unseasonably awful even for Denmark, but the prospect of coming out from under the pandemic restrictions offered a little warmth.

Then, just a few weeks ago, the real weather finally turned, as if to keep pace with the metaphorical weather: we made it a whole week without an overnight frost, temperatures crept up, the foliage burst forth, and suddenly it was almost summer. Suddenly the local swimming hole was drawing regular crowds, and Eldest was out every weekend at parties with more than five guests, and the smell of meat being grilled was wafting through the air every evening.

By the beginning of last week, things were looking pretty good. Kids were starting to wrap up their school years. We were finally looking ahead to our summer vacations and seeing something almost on the edge of normal. On Thursday morning, we awoke to the news that starting Monday, masks would no longer be required anywhere except public transportation; restaurants and bars could be open until midnight; crowd sizes could get closer to normal; and even our “coronapas” covid passports would be gradually phased out.

And we got our golden ticket: on 1 October, all restrictions would be dropped. Completely.

All of that was in the air as we came soaring into this weekend, everywhere in Denmark, the joy and hope were palpable wherever you went. People were smiling. Things still weren’t normal—a visitor from 2019 would still have an awful lot of questions—but for the first time in fifteen months, the actual end was in sight. That a strong Danish handball team would be starting their European Cup quest with a home game in Copenhagen, on a sunny summer Saturday with so much hope and joy in the air, was the icing on the cake.

Not long after our guests left, Herself and I were sitting in our living room with the game on, not really watching it so much as absorbing it while talking about other things. It’s soccer, and it was still the first half: there’dbe time enough to start paying attention later. Eldest, who’d been out all day, was eating a late lunch at the dining room table while talking to her boyfriend on the phone.

“Christian Eriksen’s dead?” she asked us, apropos of absolutely nothing.

Christian Eriksen, for those who may not know, is Denmark’s star midfielder, probably the best player on the national team right now.

“I just saw him playing,” Herself answered with a laugh, “so unless he just now dropped dead, I really doubt—”

But the television wasn’t showing the game anymore: it was just silence, with an overhead view of the stadium.

Forty-two minutes into the game, in the middle of this glorious Danish moment, this shimmering sliver of time that was like a ritual of rebirth for all of Denmark, Christian Eriksen had collapsed lifeless on the field.

You could almost hear the oxygen being sucked out of Denmark.

You could almost feel the crushing despair of the last 15 months reclaiming its dominion.

For that awful hour while Eriksen was between life and death, Denmark lay under an awful stillness.

When a few minutes had gone by without any update on Eriksen’s condition, and knowing only that he had been lying there without a heartbeat for several minutes already, I decided there was no possible way he could be resuscitated and it was all a horror and I should just take Dog out into the woods and try not to think about it. About anything.

It was the top of the hour as Dog and I set out in the car, and the car radio was nothing but solemn, somber talk of the tragedy at Parken. No new news.

Dog and I had the woods to ourselves for the first time ever. She’s seven years old now, and we’ve been coming to the woods together at least a few times a week for her whole life, so that’s saying something. We meandered around two or three kilometers without meeting a single other creature, canine or human or otherwise.

I was afraid to turn on the radio when we got back in the car after our stroll (my stroll, her romp): fortunately it was just a dumb weekly show about what was new and good to watch on streaming services. They were just concluding a segment on the delayed fourth season of Stranger Things when the male co-host said, “This is a little off topic, but I woke up with a fever this morning.”

Female co-host. “Oh no! Not covid, I hope… were you tested—”

Male co-host: “Not that kind of fever… European Cup fever!”

And under their happy chit-chat about the excitement of the championship tournament they were playing clips of big Danish crowds singing team fight songs from games in the past.

“Finally we are in the cup, it starts today, and I’m ready! I’m so ready!”

The male co-host was genuinely enthused. Even more cowbell wasn’t going to cure that fever. I thought: this must have been prerecorded. And then I thought: but not too long ago, because he said “this morning,” and he spoke of the game “today.”

And then I thought: but wouldn’t someone at the station have prevented this from airing if indeed it was prerecorded and they knew he’d been all giddy and excited talking about the match and his giddiness would be airing at this dark moment? And if it wasn’t prerecorded, is it even conceivable that no one in a Danish radio studio is keeping tabs on the game?

And finally I thought: Eriksen must be alive, because there’s no way I’d be hearing this otherwise.

And as soon as I pulled into the carport, Herself was at the front door.

And about fifteen minutes later they announced on television that the team had spoken to the Alive and Stable Eriksen (who was at the hospital) and the game would be resumed, and it was like someone turned Denmark back on.

Again, it was almost palpable: that he was out and his future was nothing but question marks, but he was alive. He was well enough to tell his teammates to get out there and win. That was all Denmark needed: it was permission to be happy and stupid and hopeful again.

It’s said that in old Roman triumph processions, the victorious generals were accompanied by slaves whose job it was to whisper into their ears reminders of their mortality. Surrounded by pomp and circumstance, thronged by an adoring populace, the victorious general thus had by his side a constant reminder that this, too, would pass.

Eriksen’s collapse said something very similar to Denmark—to anyone willing to listen:

Our world will open back up; life will go on; there will be sun and joy and foolishness again throughout our land, and every land.

But that, too, shall pass.