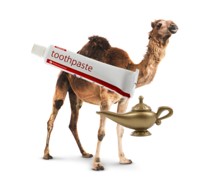 Toward the end of August, Danish Health Minister Magnus Heunicke announced that Covid-19 would lose its standing as a public health emergency (in Danish, a “samfundskritisk sygdom”).

The Health Ministry’s press release was headlined “The government will not extend the classification of covid-19 as a public health emergency in Denmark.”

A TV2 article about the decision was entitled, “All corona restrictions expire on September 10th.”

The government’s decision not to extend the emergency beyond September 10th got a lot of attention from the foreign press.

In the New York Times’s “Daily covid briefing” section of September 11, an article by Aina J. Khan (“Denmark lifts the last of its coronavirus restrictions“) states:

Denmark has lifted the last of its coronavirus restrictions, effectively declaring that the virus was no longer a “critical threat to society” and allowing the country to get back to a semblance of prepandemic normal.

Denmark was one of the hardest hit countries of Scandinavia, though its northern neighbor Sweden, which shunned hard lockdowns, fared far worse. But cases have fallen in both, and Sweden expects to loosen most of its restrictions starting at the end of the month.

It’s interesting to read that Denmark was “one of the hardest hit countries of Scandinavia” just before being told that Sweden “fared far worse.” There are three countries in Scandinavia, so this is like saying, “New York has one of the highest covid death rates in the tri-state area, although New Jersey’s is the worst in the country.”

But that’s beside the point.

A September 10th article in Time Magazine was headlined “Denmark, Where More Than 80% of People are Vaccinated, Lifts All Covid-19 Restrictions.”

Other similar headlines from hither and yon:

Denmark to lift all remaining Covid restrictions on 10 September
The Guardian, Aug 27

Denmark is first in EU to lift all coronavirus restrictions
Politico.eu, Sep 9

Covid-19: Something is working in the state of Denmark
Stuff.co.nz, Sep 15

I feel a flush of pride as a Danish citizen, but an equal measure of irritation at all of this coverage having missed the forest for the trees.

What’s significant about this isn’t that Denmark has beat back the pandemic, or that life is returning back to normal on our little archipelago, or even that we have “record high” vaccinations, as all of these articles suggest. It’s that the Danish government has voluntarily surrendered the extraordinary powers it bestowed upon itself in March 2020.

All the Danish officials quoted in every article on the subject I could find, and the Health Ministry’s press release itself, make it clear that retracting these powers doesn’t mean they’ll hesitate to reclaim them should circumstances warrant, but that doesn’t diminish the magnitude of what they’ve done.

“Well, of course,” some people may be thinking, “now that the emergency is over, of course they’re going to end the state of emergency.”

Such people apparently don’t know that the Patriot Act cobbled together in the aftermath of 9/11 was originally written to sunset out of existence in 2005 but most of its provisions remain in effect.

It appears to have escaped their attention that the absurd and dehumanizing rituals we’re forced to undergo at airport security checks were a reaction to a threat most western governments now claim to believe less significant than the threat posed by this guy:

But dear old Denmark did precisely that.

They didn’t just withdraw the various pandemic restrictions: they withdrew their own authority to impose them. The Wuhan virus has been demoted to just another goddam illness. The government has no power to impose extraordinary decrees on the basis of another goddam illness. Not the national government, not the local governments, not the schools, not even the nurses union. No more school closings, industry liquidations, mask requirements, curfews, or anything else. No more one-way signs on lakefront paths.

The Danish government cast the ring of ultimate power back into the hellish lava of Mordor whence it came.

Meanwhile, on the other side of the Atlantic, Joe Biden is asserting powers he doesn’t he have—powers he knows he doesn’t have.  And a significant minority of Americans is actually supportive of that: a Quinnipiac poll released yesterday finds that 48% of Americans approve of his “his handling of the response to the pandemic as he imposes wide-reaching vaccine mandates.”  Only 49% disapprove.  Both measures are within the margin of error of being majorities, so this is essentially an even split.

Small correction: the government statement bars the government from imposing nation-wide restrictions. Local authorities may still impose local restrictions, such as closing a school or imposing new mask mandates within their local jurisdiction if the health situation should warrant this. Health care resides with the regions, not centrally in Copenhagen. When they declared Covid-19 an emergency the government granted unto itself the additional powers to mandate on health matters for the entire country. And now they abandoned that additional power.

So things are back to normal, and as you pointed out, politicians rejected the Ring of Power.

I never thought I would live to see the day. Huzzah!

Doh! Thanks for the correction (and sorry for the late response: WordPress is no longer alerting me to new comments, so I’ll have to get in the habit of regularly checking comments even if there’s no red-dot-of-newness on the comments section in the admin tool).