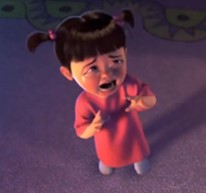 A project at the University of Virginia’s Center for Politics has been looking into the polarization of American culture and politics in the hopes of finding an antidote. In their own words, they hope to “use innovative polling and data analytics to identify America’s political fissures, and explain ways to foster compromise.”

That’s fancy talk for “figure out what the fuck is wrong and how to fix it.”

The University of Virginia Center for Politics has partnered with Project Home Fire, a new initiative dedicated to finding common ground in American politics, on an innovative new data analytics and polling project to explore the social, political, and psychological divides between those who voted for Donald Trump and those who voted for Joe Biden in 2020.

The people behind the project explain its importance:

“The divide between Trump and Biden voters is deep, wide, and dangerous. The scope is unprecedented, and it will not be easily fixed,” said UVA Center for Politics Director Larry J. Sabato.

“In order to figure out ways to bridge these divides, we need to understand not just the divides themselves, but also understand the ways in which we can, together, move forward to reach common ground. This project helps us do both,” said Larry Schack of Project Home Fire.

Before we move on to some of their findings, here’s the methodology behind them:

No other information about their methodology is provided. How old are these voters? How many are male, how many female? What parts of the country are they from? What are their income and education levels? What constraints were put in place to ensure the validity of the “online responses?”

We’re not told any of that. So there’s no way to assess how representative a sample this is. It could be an almost mathematically perfect representation of the American electorate, or it could be nonsense. We don’t have enough information to know.

With those disclaimers in mind, let’s have a look at some of the findings:

Bleak enough for you?

Solid majorities of Biden and Trump voters claim to believe: (1) elected officials of the opposition party and the Americans who support them are a “clear and present danger” to American democracy; (2) policies of the opposition party may inflict loss or suffering them or people close to them, and the opposition party itself wants to eliminate the influence of values like their own on American life; (3) the opposition media is totally partisan and at least some media should be censored to prevent the spread of lies; and (4) their adversaries no longer believe in the very things that make America great.

One thing the survey can’t answer is whether any of this is new.

Just working from memory, I’m pretty sure an awful lot of Democrats considered George W. Bush a “clear and present danger” to American democracy, just as plenty of Republicans thought the same of Barack Obama. Most American voters have always believed that the other party’s policies would be bad for them and the people they care about: that’s why they vote against them. And of course anyone voting for the left believes the right doesn’t respect their values, and vice versa. That’s how a two-party system works. It’s binary. If it feels like the candidates who aren’t for you are against you, it’s because they are.

Conservatives have been complaining about the bias and misrepresentations of the leftist media for my entire adult life, and the left has been wailing about the opposition media since Rush Limbaugh and Fox News appeared on the scene.

Finally, slight majorities of both Biden and Trump voters believe that voting for anyone of the other party would be an act of disloyalty toward people they care about.

So do these beliefs actually represent a departure? Is the split really “deep, wide, and dangerous?” More importantly, it it any deeper, wider, or more dangerous than it has been in the past?

Or is it just that social media and our increased connectivity make it all feel much more immediate and intense than it did before?

I can’t answer that. I go back and forth myself: sometimes it seems very clear to me that America’s on the brink of some terrible cataclysm, and sometimes it all seems overblown and silly, something we’ll eventually look back on and laugh about, like pet rocks, eight-track tapes, and bell bottoms.

My own main concern is that opportunistic politicians will exploit the perception of deep and irreconcilable division to actually do things that ought not to be done. For example, Joe Biden’s use of razor wire and armed troops around the capitol for the first few months of his presidency. That was unnecessary and it sent a terrible signal.

There was a period when Eldest was about four or five years old and became suddenly terrified of monsters. They were under her bed, they swarmed the hallways at night, and they were often lurking behind her furniture after sunset. We couldn’t persuade her that there were no monsters in the house. One day I slapped a “Monster Spray” label onto a spray bottle of water. We called it monster repellent. We helped her spray her room before she went to bed each night, and we left the bottle on her nightstand.

Imagine if instead of giving her Monster Spray, we’d told her she was right: there were monsters everywhere, and they were a dangerous and terrible threat. We would have to put bars on her windows and a double lock on her door…. and we’d all have to eat more vegetables and always go to sleep at bedtime and never spend more than an hour a day on our iPads. Et cetera.

See what I’m getting at? We dealt with her fear of monsters by helping her overcome her irrational fears, rather than exploiting those fears to modify her behavior.

If Joe Biden wants to unify Americans, it’s within his power to do so. He’s the president, after all, and his party controls both houses of Congress. The media are his devoted slaves: if he says jump, they’ll ask how high.

Trump is not an autocrat, a dictator, a fascist. He never was and never will be. Joe Biden knows this. So do Kamala Harris, Nancy Pelosi, Chuck Schumer, Merrick Garland, Adam Schiff, Jerry Nadler, Eric Swalwell, Maxine Waters, and the rest of the usual gang of idiots.

All they have to do is say so. Not even pleasantly or politely. They could say, for example, “Donald Trump is a crass and vulgar man unsuited to the dignity of the Oval Office. He’s a despicable, foul-mouthed cretin, and we oppose his policy prescriptions with every fiber of our being. We believe they are antithetical to the interests of the United States and we will therefore continue to work tirelessly against them, and against him. But he has a right to his ideas, and his supporters have a right to support them. Our profound disagreement with Donald Trump and his supporters may represent an unbridgeable political divide, but that doesn’t mean we can’t all get along outside the political arena. And we need to, desperately, because the challenges we face right now are dire.”

Or they can keep fanning the flames of division—flames fed by the oxygen of 24-hour cable television, sensationalist news operations, and social media, all of whom (on both sides) have made perpetual outrage their very profitable business model.

Whatever they choose to do, Americans are perfectly capable of unifying themselves without direction from their political leaders. If they have the will to do so.

But these survey results, if they’re at all accurate (and I have my doubts), certainly suggest there’s not much will to be unified.

Here are a few more results to support the premise that Americans are on the brink of something awful:

Just think: these results are so bad that you were probably encouraged that “only” around 45% of Americans want a president unconstrained by Congress or the courts, and that “only” 41% of Biden voters and 52% of Trump voters feel favorable about secession. Hurray for silver linings!

Despite the many challenges confronting them right now, most Americans are still healthier and more prosperous, and enjoy more material comfort, than almost any other people of any other civilization at any other time in history.