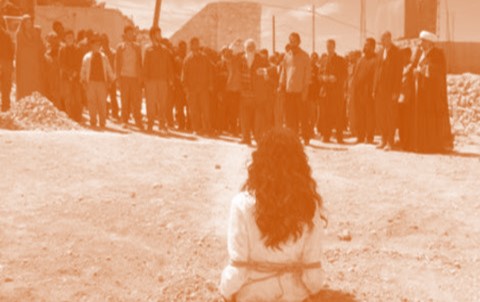 The western world invaded Afghanistan 20 years ago largely to eliminate the Taliban, a primitive and barbaric political movement that had taken control of most of that country and was believed to be harboring Osama Bin Laden, the man responsible for the September 11 attacks on America.

In the vacuum of our recent departure, the Taliban has reclaimed all of Afghanistan.

They did this despite our having allegedly trained and armed a 350,000-man national army to prevent precisely that from happening.

And now, according to DR, we have a new problem:

The west faces a hard dilemma when emergency aid has to be negotiated with the Taliban
Laura Kirkebæk-Johansson, DR.dk, Oct 6

The headline intrigued me, because I see no dilemma: we tried to help the Afghans get out from under the Taliban, we failed (largely for want of a genuine effort from the Afghan people), and the Taliban are now in charge. If the people of Afghanistan need help, let them take it up with the Taliban.

And if the Taliban then come to us with outstretched palms, let’s hack off their hands.

A white-haired British diplomat in one chair. Afghanistan’s acting foreign minister in the other, and between them the Taliban’s white flag.

Yesterday, the Taliban regime in Afghanistan received the first official visit from the West since the Islamist movement took power in the capital Kabul on August 15, as British top diplomat Simon Gass met with some of the Taliban’s absolute top people.

One David Vestenskov is skeptical:

“If you do not provide humanitarian support to Afghanistan, then you’re laying the groundwork for a civil war, which will create large refugee flows towards Europe and increased risk that terrorist movements such as Islamic State (IS) can establish themselves in the country,” says David Vestenskov, chief consultant at the Defense Academy .

But when you support humanitarian work in Afghanistan, you can not help but indirectly support the Taliban:

“Every penny that goes into Afghanistan is a penny that the Taliban can spend on something else. They support the Taliban no matter what kind of aid they send in,” he says.

I don’t see a failure to provide humanitarian aid as “laying the groundwork” for anything: the Taliban are big boys and they’re running the show now. If they neglect to run Afghanistan to the liking of its people, or to provide for their needs, and if those people then rise up against them and the result is a civil war, that’s on the Taliban.

“Afghanistan’s state budget has collapsed, they have no money to pay salaries in the public sector and there is a lack of basic supplies for the Afghan civilian population,” he said.

“You risk that the people will turn their anger against the Taliban regime if they lack food and medical care, and it could end in a civil war.”

“And that,” writes Kirkebæk-Johansson, “is something neither the west nor the Taliban wants.”

I beg to differ.

Vestenskov suggests that we (the west) need to provide as much humanitarian support as we can to the Afghan people while minimizing the Taliban’s ability to commandeer that aid for their own ends. We must do this, by his way of thinking, because our priority is on preventing a massive flow of refugees or a new wave of terrorism.

But that assumes that “fortress Europe” will leave its gates open. Why make that assumption? Why not close the gates and raise the drawbridge?

We would have liked to have asked the Minister for Development Aid what considerations have been made in relation to helping the Afghan civilian population without supporting the Taliban, and whether one could imagine sending an official Danish delegation to Kabul to negotiate with the Taliban regime as Britain has done.

In his written reply, the Minister emphasizes that Denmark’s humanitarian support in Afghanistan goes through humanitarian partners, civil society organizations, the UN and the International Red Cross.

“In order to get the help out, it may be necessary for the organizations to negotiate access and terms with all actors. This is not the same as legitimizing the Taliban,” says Flemming Møller Mortensen (S).

That’s not true. Even if the west could somehow provide aid to the Afghan people directly, with no Taliban middlemen, we would still be contributing to the stability of Afghanistan, which would of course redound to the benefit of its government and thereby strengthen its hand. It’s an ugly truth, but no uglier than pretending we can help Afghan civilians without strengthening the Taliban.

The Taliban run Afghanistan. The opposition forces have surrendered or been slaughtered, or both. There’s nothing to be gained by cushioning their mismanagement with western money and supplies; if the Afghan people (God help them) are permitted to feel the full force and weight of a Taliban government, perhaps they’ll take matters into their own hands.

This is a separate question from that of Afghans who fought alongside western forces, or who worked with western NGOs in country, and are therefore subject to Taliban reprisals (which often involve nooses). Their dedicate deserves our gratitude, and honor demands we accommodate them.

As for the rest: we invested two decades, trillions of dollars, and thousands of lives in a misguided effort to build a better future for Afghanistan. They chose this one. Allow them the pleasure of their choice.

Vestenskov’s conclusions seems to suggest the necessity of such a policy even if he won’t endorse it on the record. The article wraps up with a few comments from him that I’ll concatenate:

If the Taliban started to compromise on women’s rights and democratic rights, then they would repel large parts of the movement. An approach in which the West makes a lot of demands on the Taliban won’t work at all, but instead have the opposite effect, because they won’t allow the appearance of being dictated to by Western political values….

It is in (Pakistan and Iran) that one has the contacts and can influence the Taliban movement, and they also have a security policy priority to avoid throwing Afghanistan into a new civil war.

In other words: the Taliban can’t behave like civilized people, because that would alienate their base. Insisting they honor our western values will only get them to dig in their heels for fear of looking submissive. Only the terrorist state of Iran and the nuclear-armed basket case Pakistan can influence the Taliban, and their shared borders with Afghanistan give them a powerful incentive to use it.

(You know who else shares a border with Afghanistan? China. It’s not a big one—just 76 kilometers—but it’s there.)

Not a single EU country shares a border with Afghanistan. Nor do the US, Canada, Japan, Australia, or any other countries counted among the “western democracies.”

Vestenskov’s logic is ruthless: the west will not support murderous barbarians, the Taliban cannot be less murderous or barbaric, and it’s impossible to aid Afghan civilians without benefiting the Taliban. There’s no good option. It’s the Kobayashi Maru of this geopolitical moment.

The appropriate western policy toward Afghanistan ought therefore to be a very simple fuck ’em: we wash our hands and wish them well.

Either that or we can continue being “decided only to be undecided, resolved to be irresolute, adamant for drift, solid for fluidity, all powerful to be impotent.”