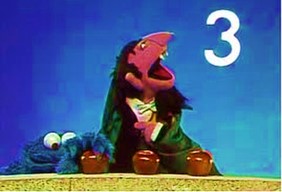 As stupid as it sounds, counting things has been a big part of every job I’ve had since the early 1990s.

That’s more than thirty years of counting for a living. (Or at least a big part of my living.)

I’ve been good enough at counting to have made a career of it. I’ve spoken at conferences and private companies about it. I do it on the side as a consultant.

So I speak with three decades of experience when I say that counting is hard. Harder than most people think.

The dirty little secret of every company on earth—every organization, really—is that they have no idea whether they’re counting things correctly. They frequently don’t even know what to count, or how. Or they disagree on what it is they’re counting, or why.

My familiarity with the professional world of counting means that I’ve always been suspicious of the “official” covid numbers, and I’ve written a lot of posts either wholly or partially dedicated to examining them.

Finally, nearly two years into this thing, it seems like even mainstream journalists are beginning to dig into those numbers and find them wanting:

“Misleading”: Numbers for corona pressure on hospitals are much too high
Flemming Steen Pedersen, Berlignske.dk, Dec. 28

This is, frankly, something they could and should have been doing all along.

“In reality,” Pedersen writes, “the pressure from the covid epidemic in the country’s hospitals is not nearly as violent as the official figures suggest.”

This is because the official figures come from Statens Serum Institut, which counts hospital admissions of patients “with” covid along with patients admitted because of covid.

Which is to say that anyone who is (or, according to the article, recently has been) diagnosed with covid on admission to a hospital is counted in the SSI’s national hospital admissions numbers.

Now, if you’re running a hospital and trying to ensure you have the resources necessary to scale them appropriately for an incoming wave of infections, it doesn’t help your planning to know how many heart, psych, and kidney patients (for example) may have also come down with covid. You need to estimate the number of patients you can expect to show up in your emergency rooms because of covid.

And the directors of Denmark’s healthcare “regions” (the five political subdivisions of the national healthcare system) know this. As Pedersen writes:

(the Capital Region)… turns a blind eye to the figures from SSI and instead manages its efforts and the need for corona capacity in hospitals based on its own figures, which are perceived as more accurate.

As one would expect.

“The numbers become misleading if you count those who are hospitalized with something else, even though they also have covid. One should look at those who are hospitalized because of covid. It is important that the capacity matches the need and that no more resources are set aside for the corona than is necessary. There are lots of patients with other disorders who need treatment and who are waiting to come,” says member of the executive committee in the Capital Region Leila Lindén.

Pedersen digs into the numbers a little to give a sense of the difference between the way SSI and the healthcare regions count covid admissions:

The region also supplements the national figures with data from its own IT system, the Health Platform, which is updated daily. This showed that on the same day there were only 182 patients admitted with covid-19 as either “action or co-diagnosis”—a difference of 83 patients in relation to the SSI figures.

That’s a significant difference: it means SSI was reporting nearly 50% more covid admissions than the regions themselves were counting.

Not only that, but the problem is apparently getting worse:

In step with the increased increase in infection in society, the difference between the two calculation methods seems to be growing, the Capital Region of Denmark estimates.

“There is too much ‘noise’ in the figures from SSI, when they also include inpatients in, for example, psychiatric wards, maternity wards, and orthopedic surgery wards, where people may have come in with a serious bone fracture, and you also find corona in them as a random find, “says Dorthe Crüger, Executive Vice President of the Capital Region.

She also mentions that patients come in who have been diagnosed with corona up to 14 days before their admission, but who are completely symptom-free and have overcome their illness.

SSI counts all of them in its covid admission numbers.

Pedersen points out that although the raw numbers differ dramatically, the trends do not. That is, when SSI shows a growing spike in covid admissions, there really is a spike in covid admissions; when SSI shows a plateau or a drop, those things are also really happening. So Danes can trust the shape of the trends they’re seeing in the SSI charts, but not the actual counts.

Dorthe Crüger also points out that the curves from SSI and the region agree very well when looking at the overall development in hospitalization figures.

The number of inpatients has thus been fairly stable during December. According to the Capital Region of Denmark’s “cleaned” figures, there have been between 180 and 220 inpatients throughout the month.

“The increases and decreases we’ve seen from day to day correspond to the normal variations that exist, so we are reasonably confident when we look at Christmas and the New Year. We do not know what will happen in January, but at the moment there is certainly not much drama,” says Dorthe Crüger.

“Not much drama” in hospital admissions due to covid, says the Executive Vice President of Denmark’s largest healthcare region.

That’s certainly at odds with what we’ve been hearing from the government and our media.

Berlingske itself, for example, on the same day (today) that it published this article, has a couple of corona-related articles featured more prominently on its website than the one we just reviewed:

National healthcare not the only worry: “The infection is going to be a significant problem for employers.”

Here are some of the stories featured on TV2.dk right now:

Police shut down wedding party with up to 300 participants

(Same experts, same warning as in the Berlingske article.)

SSI sends warning and plea to parents: “This is what has to happen to keep schools open”

(The headline on the homepage is a little misleading: the “exploding infections” being referred to are among players in the Danish men’s handball league.)

After-effects from corona have hit hard: kommune expected 50 patients in one year—that’s not quite how it went

I don’t mean to downplay the significance of an illness that claimed the life of my own father just a few months ago.

But I absolutely do mean to suggest that we all need to calm the hell down.

Thanks in large part to the vaccines, as well as the much weaker effect of the dominant Omnikron strain of the virus, it’s becoming increasingly untenable to treat covid as public enemy number one.

Our hospitals aren’t overwhelmed, nor is there is there any apparent danger of them being so for the the time being.

Infected people who’ve been vaccinated are being hospitalized at very low rates, and dying at even lower ones.

Anyone at serious risk from covid—the very old, the very obese, the very sick—should get themselves vaccinated. Fair enough if they choose not to, but that’s on them.

(And it’s not as if vaccination is a magic wand anyway: the vaccinated are still catching, passing, and dying of covid… just at a lower rate than the vaccinated.)

The rest of us should get on with our lives. All of us. Among the vaccinated, the virus now poses less of a threat than the seasonal flu—which, I remind you again, killed roughly 2500 Danes from October 2017 to April 2018 without anyone paying it much mind at all. Total Danish mortalities with covid since March 2020 stood at 3231 with today’s updated numbers from SSI.

That’s 3200 deaths with covid (not from, I remind you) in a 21-month period, compared to 2500 deaths from influenza in one third of the time.

We can concede that the number of covid deaths would have been higher without all the mitigation we’ve thrown at it, but how much higher? And are the lives we’ve saved worth the incalcuable costs we’ve inflicted on ourselves? The disruptions to our children’s schooling and mental health? The lives lost or endangered due to citizens too frightened to get cancer screenings? The economic costs in virtually every sector?

After all, we let 2500 Danes die from the flu just a few years ago without even asking anyone to wear a mask or spritz their hands with alcohol.

We’ve been told from day one that the purpose of all of these social disruptions was to prevent our hospitals from being overwhelmed.

The hospitals are not being overwhelmed.

So what are we doing, and why aren’t any journalists asking these questions of our political leaders every single day of every single week?

He draws this conclusion based on interviews with directors from the nations “regions,” the five political subdivisions of the national healthcare system, and with