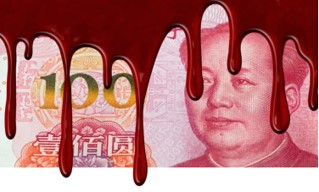 The following companies have wholly or partly suspended operations in Russia because of its invasion of Ukraine. They are thereby punishing not the Russian state, but the Russian people.

On the other hand, they continue to operate in China, which even the UN has acknowledged is conducting genocide against it Uighyur population. China is also is occupying Tibet, snuffing out democracy in Hong Kong, and threatening to conquer Taiwan. And of course it’s a communist dictatorship allowing no freedom of speech and acknowledging no individual rights.

To the extent there’s any logic to suspending operations in Russia, these companies need to tell us why the same logic doesn’t apply to their operations in China. (“It’s the world’s biggest market!” is not a legitimate answer.)

I’m compiling this information because when curiosity struck I went looking for it assuming it would be readily accessible. It was not. It should be. Companies waging war against the Russian people, who have little to no hope of effecting their government’s policies, but continuing to do business with genocidal China, appear to have a moral calculus weighted heavily by market size—and that’s odious.

Rather than being praised for punishing Russians, these companies should be punished for their complicity in genocide… and their willingness to put profit ahead of western security. The idea that western investment could help modernize and liberalize China has turned out to be a mirage.

In the immortal words of one bloodied pro-democracy protestor in Hong Kong, “Don’t trust China. China is asshole.”

Anyone who can find better or more recent information than what appears below is welcome to pass it along.

It’s not much of a list to start with, but it will be updated often and hopefully eventually replaced by a simple link to someone or some organization with more available time and resources than I have to invest in the project.

“Google’s revenue in Greater China, which includes mainland China as well as Hong Kong, Macau and Taiwan, last year grew more than 60% to more than $3 billion, according to people familiar with the matter.” (2018) Source

“Apple hit a record 23% market share in China in the fourth quarter of 2021, with the iPhone maker reclaiming the number one player for the first time in six years.” Source

“CEO Tim Cook, who laid the foundation years ago by secretly signing an agreement, estimated to be worth more than $275 billion, with Chinese officials promising Apple would do its part to develop China’s economy and technological prowess through investments, business deals and worker training.” Source

“With COVID-19 forcibly closing American movie theatres, China became the world’s largest film market in 2020. Disney and other companies have continuously targeted this lucrative box office: the US film industry pulled in US$2.6 billion in profits from China in pre-pandemic 2019.” Source

“Disney spent $5.5 billion developing Shanghai Disneyland, is expanding its smaller park in Hong Kong, and has also has long coveted its own TV channel in China.” Source

“Barclays analyst Mario Lu estimated last year that in fiscal 2020, NBA 2K Online generated revenue of $37 million, or 1% of the total for the year. Lu has previously estimated EA’s revenue from China is roughly 2% of its overall sales.” Source

“China, including Hong Kong, contributed US$20.26 billion to Intel’s total revenue in 2020, according to data provider Statista. Intel reported US$77.9 billion in revenue that same year, up 8 per cent from US$72 billion in 2019.” Source

“McDonald’s Corp (MCD.N) missed revenue and profit expectations on Thursday, as higher costs and tepid sales in its over 4,500 restaurants in Australia and China due to pandemic-led curbs ate into gains from growth in the United States in the fourth quarter.” (Jan 2022) Source

“Mercedes-Benz decided to do the right thing to its Chinese customers that complained about issues with the EQC. After 68 of them made a public complaint about a motor flaw, the German company announced it would recall 10,104 cars due to that problem.” (Just one week before Russia’s invasion of Ukraine.) Source

“Although 18 percent of the world’s population lives in China, it accounts for just 1.8 percent of Microsoft’s global revenue, Smith said. He cited Apple, and to a lesser extent Qualcomm and Intel, as the only U.S. tech companies that have made significant inroads into the Chinese market.” (2020) Source

“Microsoft Corp. plans to add four new data centers within China by early 2022 in a wider effort to expand its service capacity across Asia, according to people familiar with its strategy who asked not to be named as its details are not public.” (June 2021) Source

“The decision (to pull all business with Russia) likely won’t carry many financial consequences for the NBA, which currently has zero active Russian players, per Basketball Reference, and only started airing the NBA Finals in the country a decade ago. At least, it won’t be as big a loss as, say, China, the country whose human rights abuses haven’t stopped the NBA from pursuing as a major international market.” Source

“It is believed that (China) contributes at least 10% ($500 Million) to the league’s global revenue annually.” Source

“China is Starbucks’ second biggest market. The chain employs more than 66,000 people in the country, and made $897 million there in the three months ended January (2022), according to its most recent earnings report.” Source