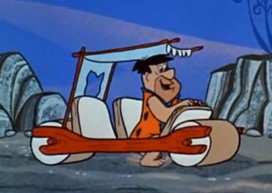 Back in 1992 the communications director of Bill Clinton’s presidential campaign, James Carville, set up a sign in the campaign’s Little Rock headquarters to keep everyone on message. Among the three bullet points was one that has since become a political cliché in America: “It’s the economy, stupid.”

It says something about the American political class that such an obvious truism had to be pounded into their heads with blunt force. Year after year, public policy polls find “the economy” to be at or near the top of American voters’ concerns. That’s because “the economy” is just fancy talk for money, and as the proverb has it: everyone’s satisfied with his wit, but no one is satisfied with his fortune.

A lot of political leaders across the western world, not least those running America and Denmark, seem to have forgotten Carville’s maxim.

What’s more, they seem to have entirely lost the thread of his thinking about what are often called “pocketbook” or “kitchen-table” issues—on the contrary, they’re so obsessed with the climate that they seem to have come to a collective decision that the economic devastation caused by their policies is just the price that has to be paid for their beloved “transformation.”

Here, for example, is America’s transportation secretary telling Americans concerned about gas prices earlier this year that they can save money by buying an electric car:

We’re being transformed, all right: from modernity back to primitivism.

Americans: “Gas is too expensive, the cost is eating into our household budgets!”

But why is gas so expensive?

That’s also why electricity is so expensive.

When the necessities of life become intolerably expensive, voters become restive. Every time.

If you think of a head of state as the driver of a car, and you think of all the various social and political metrics as indicators on the dashboard of that car-of-state, the “economic conditions” gauge would surely be the one the driver should always keep an eye on. You don’t set off on a cross-country trip in a car with a gas gauge blinking “empty.”

Carville’s maxim is still the golden rule of electoral politics, but for that very reason here in 2022 I think it’s superceded by a variant: it’s the energy, stupid.

The gist of it is that Russia temporarily shut the flow of gas to Europe last Wednesday for maintenance that was expected to be completed today (Saturday). Instead, however, Gazprom announced on Friday that due to an oil leak in a compressor somewhere, the pipeline would have to remain shutdown indefinitely.

As what can only be interpreted as a taunt, Gazprom released a photo of the leak in question:

I don’t read Russian, but according to Google translate the text says: “One of the identified leaks at GPU No. 24 of the Portovaya CS.”

Here’s the full text of the message from Gazprom that was sent out at the same time as that photo:

Gazprom
On the results of the maintenance of GPU No. 24 at the Portovaya compressor station.

During maintenance work on the Trent 60 gas compressor unit (GPA No. 24) of the Portovaya compressor station, carried out jointly with representatives of Siemens, an oil leak with an admixture of a sealing compound was detected at the connectors of the terminal connections of the cable lines of the low and intermediate pressure rotor speed sensors.

Oil has been detected on the cable plug connection of the BPE2 subplate included in the motor.

Oil was also found in the area of ​​the cable line in the external terminal box of the GPA automatic control system outside the noise and heat insulating casing. The oil leak detection report was also signed by representatives of Siemens.

Received a Warning from Rostekhnadzor of Russia that the detected faults, damages do not allow for safe trouble-free operation of the gas turbine engine. In this connection, it is necessary to take appropriate measures and suspend further operation of the Trent 60 gas compressor unit in connection with the identified gross violations.

Similar oil leaks were previously detected at gas compressor units with engines No. 075, No. 076, No. 120, which underwent a factory overhaul and are now in a state of forced downtime. According to Siemens information, the complete elimination of oil leakage on these engines is possible only in the conditions of a specialized repair shop.

A letter regarding the identified malfunctions of the Trent 60 unit (No. 24) and the need for their elimination was sent to the President and CEO of Siemens Energy AG, Christian Bruch.

Until the comments on the operation of the equipment are eliminated, gas transport to the Nord Stream gas pipeline has been completely stopped.

The only proper European response to this emergency should be “Fuck you, fuel me.”

Except in the movie Goodfellas, that’s the (paraphrased) line used not by the hapless shopkeeper’s under Paulie’s protection: it’s the line used by the mobster Paulie himself when his “clients” were having trouble coming up with their protection money.

And it’s Paulie’s un-paraphrased version of the line that Russia has been using on Europe since February: “Fuck you, pay me.”

Brian Vad Mathiesen is professor of energy planning at Aalborg University. It does not surprise him that the Russians have shut off the gas. That is why the European politicians should also completely drop Russian energy, he believes.

“It is time to accept the consequences of this uncertainty and say that now we do not want more energy from Russia,” he says.

Yes, well, now that the EC has made us dependent on Russian energy, that sort of sends us up shit’s creek without a paddle.

“It is also proof of Russia’s cynicism.” (Eric Mamer, Spokesperson for the President of the European Commission)

Indeed. We had all been wondering about that. Good to have some proof!

We’re gearing up for an election in Denmark. The American mid-terms are only two months away. Any politician in either country who isn’t laser-focused on energy—on how to restore reliable, affordable energy to their citizens—is not worthy of any office.

I’ve heard it argued that well, maybe we in the west have become a little wasteful with energy: maybe a period of belt-tightening would teach us all to be a little less profligate with our consumption.

We’ve also all become a little fat. Maybe a period of food scarcity would do us all a world of good. Maybe having less food would teach us to eat more responsibly. You know, for the environment.

Anyone running for office want to make that argument?

It’s a real argument being made by actual people in the west, but it’s mostly been confined to academics and celebrities—so far.

Remember when fire was first invented and people were finally able to keep warm in winter and cook meat, and how all the morally excellent neanderthals were like, “we’re burning through the wood supply and too many people are surviving the winters! We must reduce our use of the red flower!”

Or when we finally got around to inventing the wheel and people were like, “we’re taking it for granted how easy it is to get around, and to move heavy loads around: we’re losing our good work ethic!”

Or how about that time we invented antibiotics and people got all careless with their work because, hey, no biggie, if I cut myself and get infected it’s just a week of pills and I’m good to go again! And how all the good people who really cared about humanity lobbied to limit our use of antibiotics because of all that bad carelessness?

No? Well, I’m not surprised: these things happened back in the before-times. Back before there were smartphones or Netflix or Amazon or drag queen story hours.

We need energy—and we need it plentiful, reliable, and cheap. Soon. There’s nothing wrong or selfish or regressive about saying so. On the contrary: an argument for the “benefits” of reduced energy availability is an argument against civilization. The history of our civilizational progress is the history of energy.

You’re free to disagree: just unplug your appliances and devices, sell your car, turn off the heat and the air-conditioning, and let your environmentally awesome freak flag fly. Go for it. But have the intellectual honesty to acknowledge that if everyone did that, our hospitals and grocery stores and schools (and everything else) would be very different places, and life would very rapidly revert toward our natural condition: solitary, poor, nasty, brutish, and short.

The coming elections in America and Denmark are going to be full of sound and fury, but there’s only one question that every single candidate for every single office needs to be forced to answer: how are you going to ensure we have affordable, reliable energy as soon as possible?

Because it’s the energy, stupid.

Anyone who thinks loss of energy is just a minor inconvenience is not thinking. Period.

But on the offhand chance that there are some willing to be educated, let me emphatically suggest checking out the first episode of James Burke’s legendary documentary science history series Connections from 1878:
The Trigger Effect https://www.youtube.com/watch?v=NcOb3Dilzjc looks at a famous power outage in 1965 in the American northeast as the starting point for Burke’s unique tracing of chains of discoveries and inventions that led to the modern technological society.

As part of this, he covers what would happen if power disappeared and didn’t come back.
Powerful stuff.
The episode is 48 minutes, but immensely worth watching.

The whole series is outstanding and if it was made obligatory in schools (Along with the Yes, Minister and Yes, Prime Minister comedy series), the state of education in our society would be much improved.

I wish I had also included this post from ZeroHedge, demonstrating that Europe is now buying Russian gas through China. It’s the same Russian gas, only it’s more expensive and we’re buying it from genocidal communists instead of kleptocrat invaders.
We’ve got a pretty big hole to dig ourselves out of…