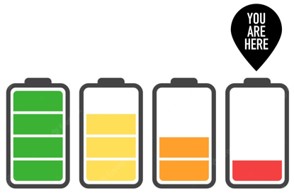 It was reported in Denmark today—this morning—that natural gas prices had gone up 30%.

It would be pretty painful if the price of natural gas went up that much every year!

Except this wasn’t a year-on-year increase. It wasn’t even a monthly increase.

It was an overnight increase.

Large price jump for natural gas after Russian stoppage of Nord Stream 1
The price of natural gas has risen by as much as 30 percent on Monday morning.

It is happening after the state-owned Russian oil and gas company Gazprom has chosen to shut off gas to Europe via the Nord Stream 1 pipeline.

According to the media outlet Bloomberg , it is the price of the gas to be delivered next month that has now risen another notch.

On Friday, Gazprom announced that the Nord Stream 1 pipeline to Europe will not be opened as planned.

Europe imports about 40 percent of its gas from Russia, and Nord Stream 1 has been in use since 2011.

In an article two weeks ago, TV2 News offered the following graphic:

That was obviously before today’s moonshot of a spike.

One can hope the current spike turns out to be just that: a spike. And one whose downward slope will plunge just as dramatically downward as the current slope is rocketing upward.

Alas, one can hope a lot of things.

Europe has a difficult choice to make: open ourselves up to the Russian gas we so stupidly made ourselves dependent on, or. . . or get on our knees and pray like hell for a mild winter while working furiously to achieve total energy independence—the first step to which would be to put the mania for renewables on the back burner for the time being.

A third option, which seems to be the one our governments want to pursue, is to keep up our fake Russian sanctions (fake because a lot of natural gas we’re buying from our good friends at the CCP is actually the result of their purchase of Russian gas, meaning that directly or indirectly we’re still paying Russia for gas)—without any clear strategy for getting natural gas into Europe in the short term because MOTHER GAIA WILL BE SO ANGRY!

Berlingske came out with an article of their own on the gas issue this afternoon, and I want you to get a load of the first few paragraphs, especially the part I’ve set in bold:

That’s how much the price of natural gas soared on Monday morning after Russia decided over the weekend to shut off gas to Europe indefinitely due to a technical problem. This means that European gas futures have now risen 35 percent in the past month and nearly 400 percent in the past year.

An unfortunate combination of the war in Ukraine, drought, lack of wind and maintenance on several of Europe’s nuclear power plants has helped push prices up over the summer, and according to Ole Hansen, head of commodity strategy at Saxo Bank, there is nothing to indicate that prices will fall for the time being.

The war in Ukraine is only affecting gas prices because we made ourselves dependent on Russian gas and then cut off our own nose to spite Vlad’s face by means of sanctions. That was stupid.

A lack of wind isn’t bad in itself: it’s only bad if you make yourself excessively dependent on wind—a natural but always inconstant resource. We did that. Stupid.

The lack of maintenance on Europe’s nuclear power plants was no accident: they were mostly being neglected because they were scheduled to be phased out. Why would we phase out energy that’s abundant, safe, and environmentally friendly? Because we’re stupid.

It’s hard to see how a drought would impact the import or extraction of gas significantly (except insofar as the need for fossil-fuel energy can be offset with hydropower), but I suspect that without all the other factors it barely would have made a difference. It would have been a marginal thing. That it wasn’t a marginal thing is the fault of the aforementioned stupidities.

As you can see, there’s really only one factor behind this energy crisis: our own stupidity.

It’s the only factor most experts won’t talk about because most experts still don’t consider the decisions I’ve enumerated as having been at all stupid. (Some do, which is refreshing.)

The very smart experts who don’t think we’ve been at all stupid still think we made all the right decisions because they still think that the world’s going to end in 2035 (or 2050, or 2075, or whenever) unless we don ourselves in sackcloth and ashes, forswear all fossil fuels, and fall to our knees in devoted worship of Gaia.

Hail Gaia, full of grace, the Good is with thee
Blessed art thou among planets
And blessed is the fruit of thy womb, Wind

It’s clever and creative and smart to harness the power of renewable resources. It really is. I trust the spirit of human ingenuity to find many ways to meet all our energy needs without sucking liquefied dinosaurs out of the earth or polluting ourselves into extinction.

But as anyone who’s ever read Plato knows, the beginning of all wisdom is the acknowledgment of our own ignorance.

We know we need energy—lots of it, all the time, the more affordable the better.

We also know—we genuinely know—that we can’t even come close to meeting all our energy needs with renewables today. It’s not even close to possible right now. Read Søren’s comments on these energy-related posts: he lays out the math and everything.

We also know—even gradeschool children know—that making ourselves dependent on others gives them power over us. That’s troubling even with people we like and trust, with people whose own interests are antithetical to ours it’s beyond reckless. Practically suicidal.

We know all these things, but we’re pretending none of them matter when weighed against the prospect of Gaia’s wrath.

Only when we acknowledge that hysterical climate alarmism is creating more problems than it’s solving will we have achieved the wisdom necessary to get us out of this mess.

More and more people seem to be coming to their senses, in that respect, but there are still too many clinging to their fears and superstitions.

Yes, we can and should find a way to keep civilization going and growing without despoiling the environment or the climate. But no, the world is not going to end in 10, 20, 50, or even 100 years if we don’t figure it out today or tomorrow—or next year, or ten years from now. We have plenty of time to ease our way to a greener future without shutting the whole thing down.

All we have to do is not be so stupid.

We can be a little stupid. We probably can’t avoid it.

But surely we can be a little less stupid.

As I was about to publish this post, I noticed yet another Berlingske article had popped up on the topic:

The opening line of the story is succinct:

A growing number of Danes find it difficult to pay their electricity bills. And we haven’t yet seen the worst of it.

The penultimate line of the story is also succinct:

I hope that every single Dane (and German and Brit and Swede, etc) struggling to pay their utility bills in the months ahead will give just a little thought to how their own stupid votes for stupid parties pushing stupid policies led to the electric company politely informing them that if they really can’t pay their bill, a technician will shortly be on the way to relieve them of their electricity.

But like I said before: one can hope a lot of things…