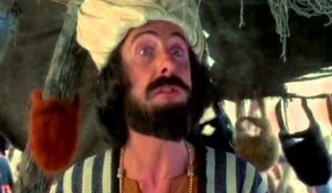 Energy prices are skyrocketing in Europe and the natives are getting restless.

The situation absolutely requires that a really stupid and futile gesture be done on somebody’s part—and you know what that means:

Is it boring and tiresome how often I keep pointing out that we’re the ones that made a mess of our own energy markets, in no small part by choosing to make our energy supply so dependent on Russian gas?

Don’t blame me: blame the politicians who keep blaming Russia for a crisis that anyone with half a brain knew would be the almost inevitable outcome of hitching our wagon to Russia’s ass.

Russia is indeed manipulating our energy markets, but only because our idiot governments handed them a “manipulate Europe at will” card. Quick show of hands: if Europe were energy independent, how many people think we would give a good goddam what Russia did with their gas–or how windy it was, or how cloudy, or how much rain was falling in Norway?

The sky-high energy prices are hurting all over Europe to such an extent that quick measures are needed to protect Europeans from the staggering electricity and heating bills.

This is the opinion of the President of the European Commission, Ursula von der Leyen, who is now presenting five proposals for how the EU countries can jointly rein in the violent energy prices that are currently threatening to pull the rug out from under millions of households and businesses in Europe.

I can confirm from personal experience that the electrical and heating bills are staggering.

And I can confirm from a basic understanding of Economics that the EU is almost certainly going to make a bad situation even worse.

Countries were largely blindsided by von der Leyen racing ahead of the calendar and publicly announcing the proposals, finding out it would happen just ahead of the event, diplomats said. The expectation was that Friday’s summit would be more of a sounding board for EU ministers to chew over the many ideas for dealing with the emergency.

EU ambassadors were miffed that von der Leyen spoke at the same time that national experts were discussing technical details ahead of Friday’s summit. “It was really not lucky to have it at the same time as the member states discussing the way forward,” an EU diplomat said.

But despite the grumbling, capitals broadly agreed that von der Leyen was right to take control of the debate.

“Taking control of the debate” is one way of putting it.

“Pre-empting debate” might be more accurate: Everything is on the table, ladies and gentlemen, and by “everything” I mean these five specific things and nothing else.

To summarize: tomorrow’s summit was supposed to be a chance for representatives of the various EU governments to sort of spitball ideas for getting out of this mess (I doubt “drill, baby, drill!” would have been among them). Instead, the EC President “took control of the debate” with five spitballs of her own.

Price ceilings are just a symptom of economic illiteracy. There’s no such thing as a price ceiling, ever, anywhere. All “price ceilings” do is create black markets and shortages. Ask anyone who’s ever dealt with rent control.

DR won’t acknowledge as much, but even they hint at it (emphasis mine):

…a common price ceiling will be able to keep the price of Russian gas artificially low.

“We will have to reduce the income that Russia receives and that Putin uses to finance this cruel war against Ukraine,” says the commission chairman, without however going into detail about how such a price ceiling should be knitted together, or where it is to be located.

(2) Soak companies that were smart enough not to entangle themselves with Russian gas, and (3) Hand out money

This is a little like the student debt forgiveness program being pushed by Joe Biden: it forces the smart players to subsidize the idiots. It’s just finding an excuse to grab some money from Peter to pay Paul—even though Peter doesn’t owe Paul anything, and Paul blew all his money on strippers and coke.

(Maybe I should have called him Hunter instead of Paul…)

Here’s how von der Leyen herself frames this particular point:

“It is now time for consumers to benefit from the low costs of low-carbon energy sources, including renewable energy. We would suggest that these unexpected profits be passed on to the most vulnerable people and companies that have difficulty adapting to the new conditions,” says Ursula von der Leyen and emphasizes that this must also apply to companies that make money from fossil fuels such as oil and coal.

It sounds so innocuous like that, doesn’t it? But it’s robbery. “We suggest these unexpected profits be passed on…” is just a fancy way of saying, “we’ll seize their money.”

How about you just get on your knees and thank whatever god you believe in that there are still companies turning coal and gas into energy, Madame President?

In addition, it is also planned that the member states have to reduce their energy consumption during the hours when there is a peak load on the electricity grid. This has to be done by introducing mandatory reduction targets in the hours when most people use electricity.

Nope! You just can’t use your appliances in the evening or on weekends.

Those are the only times I use my appliances.

That’s why we need the new mandates, dummy! Midnight laundry is new black!

Technically von der Leyen’s proposal isn’t a bail-out: she’s just proposing that we “make liquidity available” to the vulnerable energy companies of Europe to ensure none of them are driven into bankruptcy by the “big fluctuations” in the energy market.

(I use the scare quotes because flucuations fluctuate. The energy market is not fluctuating. It is, as the title of the DR article has already informed us, skyrocketing.)

But never mind that: where’s that liquidity going to come from?

The stupidity of these proposals—and the long-term counterproductivity of most of them—is so obvious that we can at least be grateful they’re just the proposals of the EC President and nothing our own individual governments have to take seriously. Because I know here in Denmark we’re much too sensible to—

”The measures in it look really reasonable from a Danish perspective. We would like to be able to lower electricity prices for consumers,” says (Danish) Climate Minister Dan Jørgensen.

He believes that it is “an interesting proposal” to put a cap on companies’ earnings from their sale of electricity.

“We must ensure that there is a connection between what it costs to make the energy and what you get for it,” says the minister.

But wait—DR jumps straight from the Jørgensen quotes to a reaction from the green lobby:

But the green business organization Green Power Denmark certainly does not agree with this. Here, it is feared that this could have some serious consequences for the green companies and “make the situation even worse”.

“In Denmark and the rest of Europe, a large part of the green power is sold on long financial contracts. It’s priced far below the current price on the spot market. Wind turbine and solar cell owners are therefore not necessarily paid at the record high electricity prices that we are seeing at the moment,” says deputy managing director Jan Hylleberg.

“The market works today and sends the right signals, namely that we need to use less gas. We must be careful not to change the fundamental conditions on the electricity market,” he adds.

And of course he’s got it all muddled up. The market isn’t saying “use less gas.” It never said that. The market could never get enough gas. It was the governments of Europe that said “use less gas,” and they did so at the urging of people like deputy managing director Jan Hylleberg of Green Power Denmark.

The time to “not change the fundamental conditions of the electricity market” was at least a decade ago.

Brian Vad Mathiesen, who is professor of energy planning at Aalborg University, also believes that one should tread carefully with such a ceiling.

“It’s a legitimate political wish. But there are some pitfalls that can be difficult to pinpoint. After all, you have to find out who ultimately skimmed the cream,” he says to Ritzau.

No government in the world can change that dynamic.

If Europeans start telling Russia, “We won’t pay more than X for your stupid gas, you dumb jerks,” what on earth would obligate Russia to sell at that price?

Frack. Drill. Fire up the nuclear plants. Send the markets a signal that Europe has decided to defer its green utopia for a bit while it focuses temporarily on achieving genuine energy independence. You want to really put the fear of God in Putin?

Show him we’re building a Europe that doesn’t need him.

Well life is hard, and it is even harder when you are stupid.
Well, the amount of stupid among our betters is apparently unlimited, so plan accordingly…

The horrible thing is that even if they did a complete 180, began pushing seriously for pumping up more oil, standing up an entire fracking industry and building nuclear plants like crazy, it will still take many years before we would be out of the woods.

All the more reason to start today.
But they won’t.

It’s gonna be an interesting winter…