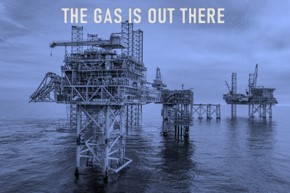 I got an email from our energy company yesterday.

Hi Greg
We are in the middle of a peculiar time, and Danish gas prices are at a record high level. This can cause concerns for your gas bill for the coming months when it gets colder and we use more gas for heating.

It is important that you feel safe with us. Therefore, here you will get a brief status of the entire situation on the gas market. You can also find out what you can do yourself to reduce gas consumption and keep your gas boiler in top shape – both for the benefit of your gas bill, society and the current energy crisis.

Their suggestions for how I can reduce gas consumption weren’t very creative: use less water and use less heat. Also, be sure our boiler is running optimally.

Thanks, energy company. I hadn’t thought of reducing our energy bills by using less energy. Brilliant!

I clicked through the email and logged into my energy company account, where I got a sneak peak at our forthcoming gas bill.

It’s a quarterly bill, but it’s more than we usually pay for a full year of gas.

TV2 News has an article today in which they survey nine leading Danish economists on their predictions for how this energy crisis is going to play out, and the results are unsurprisingly bleak.

TV2 News has another article today entitled “Handelsbanken’s new gloomy forecast: the Danish economy is heading down into a black hole.”

In the brief amount of time since I wrote that, the director of the National Bank came out to give a press conference, and TV2 News followed it live (I applied GoogleTranslate to their webpage before taking their screenshot during the conference):

The director of the national bank is a pretty gloomy gus. He says things are bad right now and they’re going to get worse. He says the biggest economic problem right now is coming from the energy sector, and the problem is that demand is higher than supply. He says there’s nothing we can do about supply, so we have to reduce demand.

Nothing we can do about supply? Nothing?

I’m not unreasonable. I understand there’s very little to be done about supply right now, but I’d like our public servants—that’s what they are, and let’s never forget it—I’d like our public servants to just for once acknowledge that there is a great deal to be done on the supply side, a great deal that should have been done going back decades that wasn’t, and that they’re going to make a superhuman effort now to atone for the sins of the past by ensuring Denmark’s total energy independence as soon as possible.

I realize that energy policy per se isn’t part of the national bank director’s portfolio, but if he’s going to talk about supply and demand in the energy sector he could at least drop in a bon mot about the fact that Denmark was a net exporter of natural gas just a few years ago and could resume that status rather sooner than later if the political will were there.

People get a little weird when you talk about energy issues on the mistaken assumption that there’s some kind of witchcraft involved. There’s not. Mainly it’s just math and logistics.

We know our energy needs. I mean, we really know them. We know them well enough that we can extrapolate our future needs fairly reliably.

We know our energy production capacity. We know how much we energy we can produce reliably and we know the upper and lower limits of what our unreliable “renewables” can produce. Funny story about natural gas in particular—easiest told in picture form:

We used to be a net exporter of natural gas. Now we don’t have enough—we get 75% of our natural gas from Germany. And Germany’s no longer getting enough for themselves, let alone exports. Getting the Tyra gasfield back online ahead of schedule should be the Danish moonshot right now, not a mere afterthought (“well, you know, we’ve pledged to shut it down completely by 2050. . .”).

Back to logistics and math: we know how much energy we import and from where. We know the risks associated with every single one of those sources. (We knew Germany was developing an unhealthy dependence on Russian gas. We did nothing to insulate ourselves from the that risk.)

That we don’t have enough energy to get through this winter is entirely the fault of a political class that was more interested in environmental posturing than in looking out for their constitutents. The electorate can’t be left off the hook either: voters were either too stupid or lazy to care. All anyone had to do was look at the math to see that the risks to our energy supply risks were reaching intolerable levels.

Everybody in Danish politics needs to shut up about everything else right now and join in a massive chorus of drill, baby, drill. Or frack, baby, frack. Or mine, baby, mine—I’m not particular. Stop trying to save the world and get your focus back on your own people.

Sure, we can all tighten our belts this winter. Turn down the heat. Forego the Christmas lights. We can do without vacations, cut down or eliminate restaurant dining and take-out. Stop going to movies. Ride our bikes more. Wear sweaters in the office—and at home. Whatever.

But you have to promise some literal light at the end of that metaphorical tunnel. “Tightening our belts” is not going to be an indefinite solution. Get us the energy we need. It’s out there. It’ll take time, but it can be done.

Meanwhile our national bank director wants it known that any solutions offered by the government must be careful not to let us loosen our metaphorical belts. That might cause economic activity, you see, and that would increase our consumption of energy, which would be counterproductive.

Yes, ladies and gentlemen, boys and girls, stamens and pistols: the director of Denmark’s national bank is insisting that we need to reduce economic activity in Denmark.

With national bank directors like that, who needs napalm?

Apparently we’ve left the age of stupid and advanced into the age of collective suicide.

The national bank director (his name is Lars Rohde) is obviously right that this whole horrible mess is the result of a problem in the energy sector, and that problem is due to the imbalance between supply and demand.

The national bank director is partly right to encourage solutions in the short term to ease up on the demand side of that imbalance.

But, again, any government official in any role talking in any way about this “crisis” without making the one obvious point—namely, that we need to get our asses into overdrive in terms of addressing the supply side of the equation immediately—needs to be thanked for their service and put out to pasture.

When airplane cabins are depressurized, the captain asks passengers to use the oxygen masks that have just dropped down in front of them and remain calm while the plane descends to a breathable elevation and, hopefully, a very swift and very safe landing.

The captain does not tell the passengers to breathe less.

In the event of a fire, residents are generally advised to exit the building as swiftly and safely as possible.

They are not advised to remain in the building and hope that firefighters will extinguish the blaze.

It is reasonable to ask citizens to reduce their energy consumption while the government scrambles to get more energy.

But it’s the scrambling that counts.

Is our government scrambling to make us energy independent?

Not that I can tell.

At best they’re sort of sniffing around the fringes of the problem, trying to find ways to get more energy out of renewables and get more renewables online—as if renewables were the only source of energy out there.

We all know they’re not.

I’d like to think the good people of Denmark won’t put up with this: that eventually they’ll realize we need to climb out of the massive hole into which we’ve dug ourselves. But then I reflect on the pandemic—on the willingness with which Danes complied with every new measure the government came up with, however absurd—and I lose all optimism.

We close the schools.

We wear these masks.

Simon says: get this shot.

We get this shot.

We use less heat.

We use less electricity.

How badly are we going to fuck up our own country, our own lives, because Simon Says?

When will Danes remember that Simon is our bitch? That we can opt out of the game at any time? That if Simon says we can’t drill or frack or burn coal or go nuclear because it’s insufficiently green, we can tell Simon to get stuffed?

Going green was always a first world venture: something people could only ever give a damn about if all their basic needs were already met. Hungry people want to be fed. Homeless people want shelter. Sick people want health. Impoverished people want all of the above. People aren’t going to worry about the temperature or sea levels of 2099 when they’re not even sure they can keep their shit together until 2023.

Our governments don’t seem to understand that what’s good for the environment may not be good for us.

And they need to learn it fast.

At this point the only thing we should be looking at when evaluating our politicians for the upcoming election is whether they have realized the folly of acting as if the green agenda is still the main priority for the country.