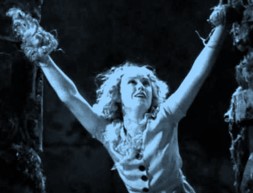 There’s a small but telling news item in DR today:

“Denmark must be an agricultural country—also in the future. But we have to do it in a different way than we do today. There is the primary and most effective tool we can use, that’s a CO2 tax,” says Climate Minister Dan Jørgensen (S).

Why do we have to do it in a different way?

Because with respect to carbon emissions, his party’s platform calls for reaching a “70 percent target in 2030 and the target of a 50 to 54 percent reduction in 2025.”

Everything we’re going through right now, and that’s what matters: reaching those targets.

Those arbitrary numbers agreed upon by people whose every forecast, projection, and model of the last 50 years has turned out to have been wildly incorrect.

The Social Democrats—the government—haven’t even got the sense to play this stuff down in an election. They’re proud of it. It’s awesome!

Danes: We’re being crushed by energy prices and need help.

Danes: How does that help?

Dan Jørgensen: It will help us lower carbon emissions by 2025.

Dan Jørgensen: Because those are the targets.

Even for true believers, there is no reason why the various climate targets couldn’t be postponed a few years. An unwillingness to even contemplate such a postponement demonstrates not a strong commitment to the climate, but a mania, an obsession—and contempt for the welfare of the very people the government is supposed to be serving.

The only reason anyone falls for that kind of idiocy is because the environmental extremists of the left—the GLOB, the Salonists, the Laputans, whatever we’re going to call them—have brainwashed so much of the population into believing that the world will end and life as we know it will cease unless all production of carbon dioxide is stopped immediately.

The sad and pathetic activists gluing themselves to things hither and yon to draw our attention to the urgency of the “climate crisis” aren’t climate scientists or economists: they’re the followers of an apocalyptic cult. The high priests have told them the gods are angered by our behavior and demand sacrifice—and that if they are not appeased, they will lay waste to our world.

And so the fantatics blocking traffic and vandalizing art and disrupting civic life in the name of “saving the planet” are exactly the same sort of people who would have sacrificed their own children—or, more likely, demanded the sacrifice of yours—to persuade the great god Bazunga to end the drought, or stop the floods, or boost the crop yield.

It’s a powerful cult, but I wonder how much more pain Danes are willing to endure in its name?

Every right-of-center party in this country should take this quote from Dan Jørgensen and run wild with it: it should be shown in television commercials and plastered all over on posters; social media should be deluged with it.

But they won’t: first of all because half the right-of-center parties are too cowed by the Great Green Cult to risk offending it, and secondly because… they just won’t.