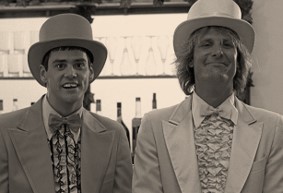 The new Danish government was announced yesterday, six weeks after the November 1 elections.

The Social Democrats, Venstre, and the Moderates.  A government of dogs, cats, and squeeze toys.

Talking to Berlingske, conservative commentator Rune Selsing hits the nail on the head:

There is such an anti-democratic aspect to the idea that we need a centrist government so that we can govern the country without having to deal with divergent opinions. It’s the idea that there are some clever administrators who can do what is necessary. As if policy were a mechanism for making wise decisions.

(Danish has the same word, politik, for both politics and policy. I’ve translated it here as policy because Selsing’s point is really just an inversion of former American Speaker of the House Tip O’Neill’s observation that “good politics is good government.” He’s saying “no politics is bad government.”)

Selsing uses the word teknokratborgerlighed, which is adequately translated literally as “technochratic citizenship,” except that while a borger is a citizen or resident, borgerlig means bourgeois and is used to identify right-of-center parties in Denmark. Borgerlighed can therefore be interpreted as citizen-ness or right-of-center-ness. So besides being a violent assault on the eyeballs, teknokratborgerlighed is a tangled mess of associations that’s essentially impossible to translate.

But let’s put all the Danish language complications aside: Selsing’s point is that technocracy is not good government.

Technocracy is defined by Oxford as “the government or control of society or industry by an elite of technical experts.”

That’s obviously going to get a lot of support from technical experts who consider themselves elite or at least on their way toward elitehood—with all the obvious dangers that entails.

“We’re setting up a technocratic government.”

“We appreciate your support but you can’t be part of the government.”

“Who the hell are you to say I’m not elite?”

See how it works?

But that’s just how it would work in practice.  Technocracy is even worse in theory.

Is there any case to be made for a class of non-partisan civil servants with vast expertise managing the affairs of state?  I mean, if such a class existed?

Is government like algebra, carpentry, or physics: a body of knowledge that can be studied, learned, and practiced?

The nation state, the municipality, the village: do they have ideal forms?  Do their construction and management follow blueprints that civil architects can be trained to build from?

Does every social question have a single correct answer that people with the proper training can answer?

So what’s the “expertise” technocrats can offer?

It’s not a trick question. The best fishermen are have great expertise at fishing, teachers at teaching, plumbers at plumbing, haberdashers at haberdashering.

What is the expertise of the “best” technocrats?  In concrete and specific terms, what knowledge do they have that suits them so well to legislatures and executive branches and administrative offices? How can you tell a good technocrat from a bad one?

A plumber can say, “I’m not political, I just fix pipes.” And he fixes pipes well, he’s a good plumber.

A haberdasher can say, “I’m not political, I just really know how to fit a suit.” And he decks you out in the best-fitting suit you’ve ever worn, he’s a good haberdasher.

What does the technocrat say? “I’m not political, I’m just really good at implementing political policy?”

A quarrelsome parliament of people drawn from all walks of life, with various levels of expertise from different fields, seems much more likely to provide favorable results than a committee of like-minded bureaucrats whose only principle is not to be guided by principle.

Rune Selsing is exactly right to say that there’s something anti-democratic about the idea that we ought to be governed by “some clever administrators who can do what is necessary.”

We can and should be served by such people—but never governed.

I give this government a year.

You, Sir, are an optimist. I would recall that we just had an election that could be summed up as “people being fine with whatever.”

The opposition does not qualify for even being called that, so this new government has to disintegrate from the inside, and whatever my criticism of the PM (and they are many and large), she is pretty good at maintaining her position.

Tjaaaa…. But last time (78-79) it took 14 months for the backstabbing to collapse the government, and I figure everything goes so much faster these days, and so much of the sniping takes place so publicly on social media, that cooperation will become untenable very quickly. I’m not saying whatever comes in to replace this pushme-pullyou monster of a government will be any better… only that it will have to be replaced by this time next year. (I was also certain Biden wouldn’t make it through more than a couple of years of his term, though, so my prognosticative skills are admittedly questionable.)

I would consider it likely that Venstre will more or less implode over the next 12 months and thus may to have to withdraw from the constellation, in which case you will be proven correct. But we are probably stuck with the PM for the forseeable future.