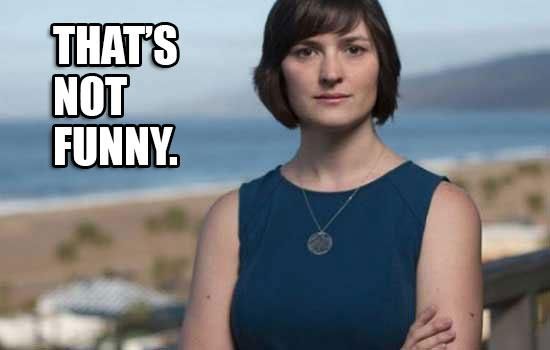 On my way to a larger point, I’d like to share a few stories that have bubbled up on Danish news media over the past 24 hours.

Trump Gets His Way, Now This Couple Fears for the Victory They Fought So Hard For, Esther Margrethe Lynard, TV2 News, 26 October

The couple at the center of the piece clearly don’t understand how the Constitution works and the journalist makes no effort to inform her readers, but that’s not what matters. What matters is that these are dark days and they’re scared. They’re trying to be optimistic, but they’re scared, because the president who is working actively and aggressively to get homosexuality decriminaized around the world is clearly hell-bent on using his new Supreme Court to end gay marriage.

After months of ignoring Antifa’s obvious and declared role in the riots, arson, assaults, and destruction plaguing American cities, DR’s home page has made an entire theme out of militias, and of course the always objective Steffen Kretz anchors it with his exposé on a boogaloo militia.

These boogaloo guys are clearly nuts. They’re newsworthy enough, but they’re just the mirror image of antifa. Not only that, but they haven’t actually done anything yet. Antifa and its allies have been raising hell across America for months. I couldn’t remember what Steffen Kretz, or anyone at DR, had had to say about antifa. Using DR’s own search tool, “antifa” returns only stories about right wing militias, and a couple of stories where Trump is quoted speaking about antifa. Expanding my search to Google and searching on “Kretz antifa” I could only find an article from Trykkefrihed.dk criticizing Kretz for his imbalanced reporting on America this summer.

Never mind all that: the “boogaloo bois” are a clear and present danger in these dark days.

Trump Got His Christian Judge and a Big Victory: Will Biden Ruin Everything with an Unheard of Plan?, Mikkel Danielsen, Berlingske.dk, 27 October

My favorite line is: “Despite Democrats’ great anger, the Republican majority in the Senate succeeded in rushing Trump’s chosen judge, 48-year-old Amy Coney Barrett, through to a vote in record time.”

Indeed they did. Despite all that really angry anger!

Danielsen also steps on all the usual rakes, presenting every element of this story from the Democrat/establishment media perspective. But it’s the opening of the headline that got me: “Trump fik sin kristne dommer.” Trump got his Christian judge.

No, Trump got his Constitutionalist judge. Try to keep up, Berlingske, even Democrats backed off religious attacks this time around.

And yet, clearly there’s no denying that in these dark days, the Supreme Court is well on its way toward becoming a new edition of the Spanish Inquisition.

First of all, Buus Mosegaard’s article is actually written on a kind of Tale of Two Cities model, opening with the dark day of the Democrats before covering the day of joy in the Trump camp.

The emphasis is unsurprisingly on the former, with a tone leaving very little doubt what Buus Mosegaard’s sympathies lie.

Let’s take that in English so I can play with it.

“It is in fact the sitting president that nominates Supreme Court justices, and the Democrats had wanted it to be the winner of the election that would be allowed to. But President Trump went ahead with the process to the great consternation of the Democratic camp. Not least because in 2016 Republicans blocked then-president Obama’s nomination of a new Supreme Court Justice on the basis of it being too close to an election. According to Reuters, no Supreme Court justice has been confirmed this close to a presidential election, and the Democrats believe that the decision was forced through hastily.”

It’s as simple as that.

And with that I move on to my larger point.

My larger point is that these are dark days for the left because every day is dark for the left. Their outlook is bleak, their vision is grim, their suspicions are dark, their fears are legion.

The other day a friend remarked that he couldn’t get over the way the cultural right had become so fun and energetic, edgy and anti-authoritarian, while the left had become, in his words, “dour, puritanical, the party of no fun for anyone, and just a bunch of fascist buzzkills.”

The left used to be the source of countercultural excitement, the anti-authoritarian irreverence, all the transgressive fun. The right was all buttoned-down and serious, uptight and grim. The left was always about sticking it to the man, but now the left is the man, and the man controls entertainment, media, big tech, Wall Street, academia, the arts, professional sports… and the man is a miserable wretch terrified of his own shadow.

Today’s left comes across as a bunch of dour and sour old fogies who don’t like the way you phrased that, who hope you realize you’re wearing your mask wrong, who need you to understand that what you just said or did was offensive, who’ll rat you out in a New York minute for violating any of last Tuesday’s government edicts, who detect secret white supremacy signals in innocuous hand gestures and pictures of eagles and even certain numbers, for the love of god, and above all they’re tired of having to tell you: That’s. Not. Funny.

And they’re so deadly serious about all this that they’re perfectly willing to tear down anyone and anything that isn’t ready to don the sackcloth and ashes and join them in the ritual gnashing of teeth and rending of garments.

The contrast between the competing worldviews of right and left were put into very sharp relief at the last presidential debate.

BIDEN: Come on. There’s not another serious scientist in the world who thinks it’s going to be over soon.

BIDEN: Number one, he says that we’re learning to live with it. People are learning to die with it. You folks home will have an empty chair at the kitchen table this morning. That man or wife going to bed tonight and reaching over to try to touch, there out of habit, where their wife or husband was, is gone. Learning to live with it. Come on. We’re dying with it, because he’s never said. See, you said, “It’s dangerous.” When’s the last time? Is it really dangerous still? Are we dangerous. You tell the people it’s dangerous now. What should they do about the danger?

Trump is urging us to light our candles. Biden wants us to curse the dark.

The world of the left is a dark and terrible place.

Compare the boisterous spirits of a Trump rally to the funereal hush of a Biden rally (if you can find one). And where exactly on the left do you have to go these days to find something like this:

For what it’s worth, multiple peer-reviewed studies over the past couple of decades have found a “happiness gap” between liberals and conservatives that’s consistent throughout the west. You can read more about them, and click your way through to many of the individual studies, in this Federalist article.

Let me quote from one of the citations in that article (emphasis mine):

Do happy people incline toward conservatism, or are conservatives more inclined toward happiness?

Something to reflect upon during these dark, dark days…