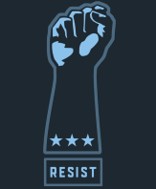 I’m going to assume that Joe Biden fends off the court challenges from Donald Trump and other interested parties and is sworn in as our 46th president on January 20.

At that point he would ordinarily become the man I recognize as my president. However, based on my experience of the last four years, which may have been something like your own experience, I believe that before I acknowledge the legitimacy of his presidency, I’m owed—we are all owed—some explanations.

From everyone that declared themselves a member of the “Resistance,” we’re entitled to be told why it would be inappropriate for conservatives to do the same right now.

In 2016, many partisans suggested that Electoral College delegates from states that Trump had won should instead cast their electoral vote for Hillary Clinton. Since that was obviously considered appropriate, we deserve to know why calling for such “faithless electors” would be inappropriate this time around.

From everyone that told us before Donald Trump was even sworn in that he had to be impeached, I believe we deserve to hear the reasoning as to why Joe Biden should not be.

From everyone that said, at any moment from January 2016 to the present, that “Donald Trump is not my president,” I think we’re owed an explanation as to why we should not declare that Joe Biden is not our president.

Similarly, from all those who said we should not “normalize” the Trump presidency, I believe we’re owed the logic by which we should normalize the Biden presidency.

From everyone that verbally or physically harassed Trump supporters in public, we deserve to be told the logic by which Biden supporters ought not to be harassed in public.

From everyone that pronounced Trump mentally unfit for office, we need to understand why we shouldn’t demand that Joe Biden be blocked from assuming office given his obvious cognitive decline. (And for everyone that says Biden’s cognitive decline isn’t obvious, we deserve to know the standard they use that applied to Trump but doesn’t apply to Biden.)

I could obviously go on. And on.

And I haven’t even reached the new madness, which is things like this:

Or how about the “Trump Accountability Project,” whose home page states:

We must never forget those who furthered the Trump agenda.

We should welcome in our fellow Americans with whom we differ politically.

But those who took a paycheck from the Trump Administration should not profit from their efforts to tear our democracy apart. The world should never forget those who, when faced with a decision, chose to put their money, their time, and their reputations behind separating children from their families, encouraging racism and anti-Semitism, and negligently causing the unnecessary loss of life and economic devastation from our country’s failed response to the COVID-19 pandemic.

Especially when you consider the weakness of their enumerated grievances: (1) Separating children (of illegal immigrants caught sneaking into the country) from their families (more accurately from the adults accompanying them, who often aren’t even related to them) is an Obama administration policy. (2) “Encouraging racism and anti-semitism” is and always has been a bullshit claim and makes no sense in light of Trump’s dramatic increase in minority support in 2020; furthermore, Trump has been nothing but supportive of Israel and Jews, and anti-semitism is most prevalent on the progressive left. (3) If we’re going to blame Trump for COVID stuff, then when all is said and done, is it safe to assume that every world leader whose country’s COVID statistics are equal to or worse than America’s will be considered as culpable and dangerous as Trump?

Do these people—AOC and Robert Reich and the people behind the Trump Accountability Project—do they not owe us a word or two of explanation as to why vindictive and punitive projects like those they’re suggesting will not be justified in 2024 (or, god help us, 2028)?

We are owed a great many explanations that we’re never going to get, because this entire episode was not a reasoned reaction but a stupid and dangerous mass psychosis.

You cannot light a house on fire, pour gasoline all over it, spray it with napalm, toss grenades at it, drop bombs on it, then step back, turn to the horrified onlookers, and say “this is a time for healing.”

You cannot denormalize, delegitimize, and degrade our political process every time you lose an election and still expect your political opposition to treat you with deference and respect when you win.

You have sown the whirlwind and deserve to reap it.

And people like me who have been horrified by your behavior for the past four years will not be horrified by any efforts made to pay you back in kind.

You owe us an explanation of how you intend to break it.