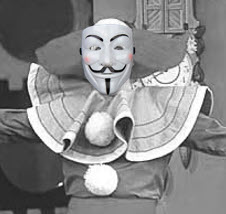 A Sunday article from Berlingske (under their AOK rubric) appears to have come straight from the Democratic National Committee (which, insofar as it’s just a recap of a Washington Post article, it sort of did):

Trump Burrowed in and Was Like “a Crazy King George”: “I won, I won, I won”, Stine Hansen, Berlingske.dk, 29 November

I don’t have the time or energy to chronicle their many infractions over the past four years, but the Post figures prominently in Sharyl Attkisson’s “Media Mistakes in the Trump Era: The Definitive List,” so I’m going to be lazy and let that link serve as sufficient backup for my assessment of the Post as a provider of low-credibility hackwork.

And now I’d like to take this Berlingske article line by line. In the interests of economy I’m only going to provide my own English translation of Hansen’s writing, but the full Danish article can be read at the link for readers who distrust my translation.

“The American newspaper The Washington Post reproduces in a long review on Sunday the aftermath of the US presidential election. And a picture now emerges of what preoccupied Donald Trump over the 20 days that elapsed from the election up until the president gave the green light to begin the process of handing over the office to his successor.”

The “picture that emerges” was carefully hand-crafted from anonymous or fictional sources by the partisan hacks at the Post, so should not be confused with reality.

“The newspaper’s review is built from conversations with 32 sources close to the president and attempts to reconstruct what happened in the White House in the days and weeks after the election.”

Based on past performance, when the Post says “conversations with 32 sources close to the president” but names no names, we should read it as “gossip from a bunch of people we know (or have invented) who hate the president.”

“According to an advisor close to the president…”

As close as the “Anonymous” of New York Times fame? (That was Miles Taylor, who turned out to be a remote bureaucrat with very, very limited access to the president, but with a substantial axe to grind.)

“…Donald Trump refused to admit he had lost.”

Donald Trump still has not lost. The odds are certainly against him, but the election is not yet decided; it has merely been “called” by the media. Candace Owens just yesterday compelled PolitiFact to acknowledge as much: the “fact checking” organization had falsely flagged as “false” a Facebook post she’d published saying only “Joe Biden is literally and legally not the president-elect. So why is the media pretending he is?” PolitiFact has now acknowledged that Owens’s statement was and remains true.

“…Even though the defeat was a reality…”

“…Trump sealed himself in the White House. According to the source he seemed here angry, almost delirious, and the advisor describes him as “a crazy King George, who was always mumbling, ‘I won, I won, I won,’ the newspaper says.

An unnamed source describing Trump’s apparent mental state to the Washington Post is about as newsworthy and credible as whatever the guy hunched over the corner of the bar may have to tell you about the Trilateral Commission and 5G.

“The source also says that Donald Trump’s supporters and advisors helped keep him in this mindset, knowing perfectly well that he’d suffered defeat.”

The source is claiming that none of Trump’s own advisors and supporters knew that the election had not yet been decided?

“According to the source, they urged him to fight on with lawsuits anyway.”

Which is what he’s doing, and with every legal right and many compelling political reasons to do so. Acknowledged: Biden will probably emerge the victor. But he’s not yet.

Won’t tell him what? Again, and with backing from PolitiFact, the election isn’t yet in the bag.

The Washington Post is a festering nest of vipers, rats, and weasels. Their nakedly partisan efforts to bring Trump down since before he was sworn in are a matter of public record. Who cares what they claim to believe?

“At the same time, the newspaper notes the fact that the president has managed to convince millions of his supporters that Joe Biden won the election illegally – which the newspaper fears will remain a permanent belief among many Americans.”

The Washington Post spent three years insisting that the entirely fabricated “Russian Collusion” of 2016 was a fact. At least partly due to their efforts, millions of Americans still believe there was “Russian Collusion,” even though, unlike the 2020 election, that has now been thoroughly debunked by one of the largest and most costly investigations in presidential history. The Post’s sudden concern about political spin superseding the truth deserves more than a little skepticism: it deserves a long, hearty laugh.

“The newspaper also concludes that the twenty days sum up the essence of Donald Trump’s period in office, which they describe as marked by a government that’s been paralyzed by the president’s fragile and emotional condition, as well as the president having had a dangerous blend of truth and fantasy.”

Where Donald Trump is concerned, the Washington Post is a blend of truth and fantasy. And mostly fantasy.

By Hillary Clinton’s logic, Donald Trump is just being “focused and relentless.” So what’s the big deal?

“Just two days ago, the president wrote on Twitter:”

That’s the whole piece in Berlingske.

It takes an “in depth” piece from the Trump-hating Washington Post, in which the juiciest quotes are all anonymously sourced. It passes that reporting along uncritically. It provides no context for Danish readers who might be under the mistaken impression that the Washington Post is still practicing journalism. Hansen never even points out to her readers that the election still hasn’t been decided.

Will it end with a Biden win? Most likely. But it hasn’t yet. To mock Trump for believing something that is patently true is to reveal one’s own ignorance of the American electoral process.

To do so in a Danish newspaper is to pass that ignorance along to Danish readers.

So once again, well done, Berlingske! Your readers are (yet again) just a little stupider about America than they were before they read your article.