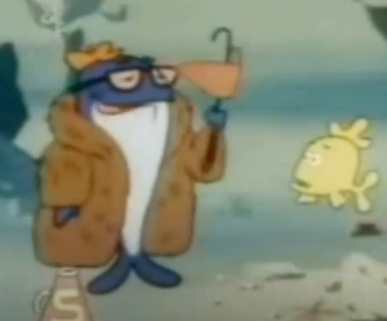 “State is the name of the coldest of all cold monsters,” Friedrich Nietzsche wrote in Thus Spoke Zarathustra. “Coldly it tells lies too; and this lie crawls out of its mouth: ‘I, the state, am the people.’ That is a lie!”

The modern democratic republics of the west were, almost without exception, baptized with horrors. It took bloody revolutions to overthrow the predominant social organizations of human history and replace them with something more representative of and answerable to the people living within them.

Today all but the most despotic governments claim to be serving their people and, depending on your definitions of “serving” and “people,” most western governments do a fairly decent job of doing so, at least relative to the absolute monarchies and dictatorships of the past.

But we still have our work cut out for us.

Which brings me to how the Mink Scandal is playing out in Denmark.

There’s a new Minister for Agriculture, Food, and Fisheries in Denmark. His name is Rasmus Prehn. He inherits his beleaguered station from Mogens Jensen, who was forced from his post on account of the Mink Scandal.

“There are those who tried to warn me not to come here today, and said ‘leave it alone,’ ‘what are you thinking,’ ‘isn’t it too dangerous,'” said Prehn.

You can almost hear the flop sweat. He’s trying to paint himself as a hero for disregarding all the alleged warnings he got from those cowards back in Christiansborg, but then he’s also trying to inject a little self-deprecating humor. Comparing himself to a mother of the bride sneaking along on her future son-in-law’s bachelor party is not only an awkward metaphor, but illustrates a pretty clumsy grasp of… well, just about everything. It’s such a bad metaphor in so many ways that I’d like to unpack it a little more, but that’ll have to come later, if there’s time.

First, let’s enjoy some of that quality journalism we’ve all come to expect from DR:

“Make Mette take a hike!” shouted one of the participants, referring to Prime Minister Mette Fredriksen (S), thereby interrupting Rasmus Prehn, who was about to explain the importance of cooperation and confidence.

Oh, my stars! If only that anonymous angry farmer had known that Prehn had been about to explain the importance of cooperation and confidence, perhaps he would have kept his uncouth mouth shut! Will those peasants ever learn manners?

Prehen is then quoted as saying, “I can hear there are expressions of displeasure out there, and people encouraging someone to take a hike and other things. I think it’s important when you have a democracy that you meet and have the dialogue and talk to each other.”

The DR journalist, Oliver Batchelor, informs us that Prehn was interrupted several times by shouts from the assembly. He provides another example: another farmer shouting that “no one’s above the law!”

This, Batchelor notes, “was in light of the government not having had the legal authority to order the liquidation of up to 17 million mink.”

And here’s where the cold monster really gets going:

“You must know that the government has only had one wish, and that’s the protect the people’s health. And in that work mistakes were made,” Prehn is quoted as saying.

“We’ve actually apologized for that and are trying to correct it,” he says.

Batchelor then reminds us of the demonstration last weekend, at which Inger Støjberg (Vice-Chair of the opposition Venstre party) had spoken of “draining the swamp full of Mette Frederiksen’s power arrogance.” (I had some thoughts on that.)

The reminder is a helpful set up to Prehn’s next remarks.

“I can understand that Inger Støjberg talked about draining the swamp. She quoted Trump, oh yeah, no, it was Reagan,” he said, referring to Støjberg’s subsequent explanation.

“I would rather quote Aristotle, who said that the only way to avoid mistakes is to do nothing, say nothing, or be nothing. That is why I want to tell you that to err is human.

You’re not quoting Artistotle, but Elbert Hubbard. And you’ve got the quote wrong.

I studied classical rhetoric in college and had to plow through an awful lot of Aristotle, and this citation didn’t ring any bells for me, so I had to look it up. Apparently it’s a quote that is, for whatever reason, frequently misattributed to Aristotle but in fact comes from Elbert Hubbard, an American writer from the turn of the last century. I’d never even heard of him.

What Hubbard actually wrote, in his book John North Willys, was “Do nothing, say nothing, and be nothing, and you’ll never be criticized.”

The difference between the quotes is telling, I think, and worthy of deeper examination, but here, too, I’m going to have to take a pass on that to get to the meat of the issue.

The meat of the issue is that any government that can accidentally liquidate an entire industry is much too powerful for its own good, or for that of the people it’s supposed to represent.

“We all make mistakes” is not an excuse, and promising to try really hard to do better next time is irrelevant.

When my daughters screw up, as children do, I’m entirely satisfied with an apology and a promise to try and do better in the future. It would be unreasonable not to. They’re kids.

Call me crazy, but I think it’s fair to hold the representative government of an advanced constitutional democracy to a higher standard. In fact, I think it’s contemptible for Prehn to have addressed Danish citizens in this way. In the not too distant past he might have been tarred and feathered on the spot.

But I understand why he made the gambit: because it might actually work.

Even the best of governments is cold and devoid of human warmth, because it has to be. That’s its job. The administration of a modern nation state requires two contradictory things. It must weigh the consequences of its actions to ensure the maximum benefit to the most people for the minimum human and financial costs. That’s some icy cold accounting. At the same time, it must answer to the people it serves, which requires a delicate and sensitive touch; and it must get elected, which requires an appearance of big-hearted humanity.

Remember the Amy Coney Barrett confirmation hearings in the Senate Judiciary Committee? Do you remember how the Democrats played that? With cardboard cutouts of men and women, and boys and girls, whose lives might be adversely affected by some Supreme Court decision that a justice Barrett might tilt the court towards. We got tear-jerking biographies of these people and their particular challenges because the Democrats knew Amy Coney Barrett was a supremely qualified jurist and would ace any substantive line of questioning (as indeed she did on those few occasions when such lines were pursued): unable to attack her mind, they therefore launched a broadside against her heart.

They didn’t do that because they’re daft. They did it because it seemed like a winning move. If you can’t win an argument on the merits, pivot to a sick child and how much you care about the poor dear… and how cold and heartless your adversary must be not to care about that child!

It’s cheap and sleazy…. and effective.

Which brings us to this:

If you don’t speak Danish, that’s Mette Frederiksen addressing the media earlier this week after a visit to one of the mink farms destroyed by her government’s illegal orders. She’s contrite, and teary, and she ends by saying that after meeting with the father and son owners of this particular business, she hopes they understand, and that all Danish mink breeders understand, that this wasn’t about them, but about the health crisis.

They didn’t want to hurt anyone, they just got careless because they cared so much! (So much that they ignored the law and took the advice of scientists whose guidance wasn’t even adequately vetted, because caring so much means everything you do comes from your pure heart, and everybody knows that laws and science should never get in the way of good pure hearts.)

Her tears were the subject of much conversation this week, with some suggesting there was more art than heart behind them, and others insisting on the authenticity of the tears and the gross cynicism of anyone implying they weren’t genuine.

Both of which arguments actually work to the government’s benefit, because both assume that genuine tears would somehow be better than phony tears, and every moment the media spends discussing Mette Frederiksen’s tears is one less moment they’re discussing the monstrous lawlessness and destruction of her government’s actions.

Meanwhile, one of the big legislative topics of the week was vanvidsbilister, or reckless drivers, and the need to crack down harder on them with more substantial penalties (revoking licenses, impounding vehicles, hard time).

Because “I never intended to hurt anyone” isn’t much of an excuse when your reckless driving has just claimed the life of a five-year-old child, as happened in Frederiksberg recently. The arresting officers won’t give a damn about your remorse. Your tears won’t undo the crime. Your promise not to do it again won’t bring that child back to her parents.

No: we’ll take away your license and put you in jail, because you broke the law recklessly and it cost a human life.

But if you are the government, and your reckless policies destroy an entire industry more or less overnight… well, forgive and forget, right? I mean, you’re only human. The important thing is that you care.

Whoops-a-daisy! Our bad. But come on, you guys: to err is human, right?

In the America in which I grew up, Star Kist tuna had an ongoing campaign featuring a dodgy cartoon fish named Charlie who for some reason wanted to be “recruited” by Star Kist, and was therefore always trying to act all classy and refined because he’d heard they wanted tuna with good taste. At the end of each ad, the narrator (or another fish) would say, “Sorry, Charlie: Star Kist doesn’t want tuna with good taste; they want tuna that taste good.”

A lot of our politicians, and some entire parties, seem to think their constituents want kind and loving politicians and governments (tuna with good taste), when what most of us really want, and all of us really need, is governments that simply play by the rules and do their job (tuna that taste good).

We’re the free-born citizens of representative republics. Our governments work for us and they answer to us. Good intentions and emotional displays don’t cut it: either they serve us lawfully and competently or the hell with them.

Reckless drivers should lose their licenses and go to jail, even if we all make mistakes and to err is human. Reckless governments don’t deserve to be treated any differently than reckless drivers: indeed, they should be held to an even higher standard given how much more costly their mistakes can be.

We have to get away from the idea that catastrophic policy failures are okay as long as our leaders’ hearts are in the right place. And when policies are not only catastrophic failures but are also known by their authors to be illegal, the penalties should be swift and severe. After all, perfectly decent citizens make horrible mistakes every day, and they go to jail for them.

If we don’t hold our governments to a higher standard, we’re just going to get more of the same. And that’s not their fault, but ours.

But then again, we’re only human…