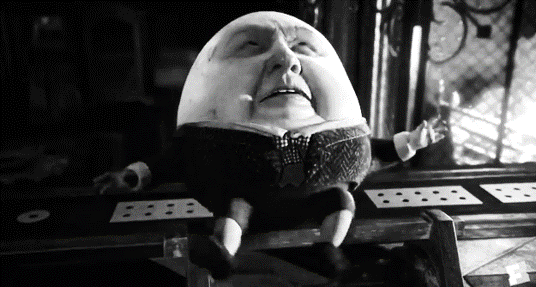 A few recent and unrelated stories in the Danish and American news are worth considering together:

The first story concerns the owner of a Copenhagen bar being fined 2500 kroner (about four hundred bucks) for having offered free shots to women on a pre-covid bingo night.

The second is about Cornell University allowing students to opt out of its otherwise mandatory vaccination policy—but only if they are black, indigenous, or “people of color.”

The third describes legislation introduced in Congress by Democrat Tulsi Gabbard of Hawaii to ensure that federal protections for women’s sports should are restricted to biological women.

All three stories therefore touch on issues of institutional enforcement of equality.

That’s one way of looking at those stories; but obviously each of them can be flipped: The bar was offering free shots to women to try and lure more of them in for its otherwise overwhelmingly male bingo night; Cornell is trying to compensate for non-white students’ “personal concerns about fulfilling the [vaccination] Compact requirements based on historical injustices and current events”; restricting Title IX requirements to biological women discriminates against biological males who identify as women.

Does “equality under the law” mean we’re all to be treated exactly the same? That every citizen has the same rights and responsibilities as every other, at all times and in all circumstances?

If so, it should indeed be illegal to offer different prices to people based on sex, apply health policies differently to students based on race, or apply different rules at educational institutions based on sex.

If in fact equality really means equality, there shouldn’t even be men’s and women’s sports: just sports. Mandatory policies should be mandatory for everyone, regardless of race, sex, ancestry, religion, height, weight, or shoe size. And “Ladies Nights” at the local pub should end at once.

But no one’s really interested in that kind of equality. It’s too… equal.

(Makes you wonder whether that’s why the left has been toying with “equity” as the new term of choice.)

What most reasonable people want isn’t absolute equality , or “equity,” but fairness, and fairness tempered by reason.

We would all, I hope, despise a bartender who charged different races different prices, or a landlord who priced her rental units according to the religion of her renters, but historically we’ve all understood the thinking behind “ladies nights.” For every female you can lure into a bar, you’re likely to pull in several men. Everyone knows this. It’s why managers like to seat attractive young female patrons where passers-by can see them: out front, if possible, or near a window. It also sends a signal to other women this the environment is welcome to them. When I was twenty, a group of male friends and I made regular visits to a particular bar in Chicago on Wednesday evenings because they offered ladies two-for-one pricing on cocktails. We deliberately sought out a bar whose pricing policy discriminated against us. Why? You know damn well why: because we enthusiastically supported their atonement for the historical crimes of the patriarchy.

I wonder if the angry fellow who filed a formal complaint over the unfair shot pricing at Nørre Bodega’s bingo night would file such a complaint against Cornell University, were he a student there. After all, the unfairness is just as flagrant but the shots are more important: the mandatory vaccination policy is to protect the health of the student body. Allowing some members of that body to opt out for any reason is to render the policy meaningless. As leftists liked to say at the outset of the pandemic, it’s like having a “no peeing” policy in just one half of your swimming pool.

And do you think he’d support getting rid of women’s sports? Why should women be permitted to exclude men from their athletic competitions? Women aren’t excluded from men’s: look at all the fuss they’re making because Sarah Fuller (a girl!) kicked a couple of extra points for a winless Vanderbilt team last weekend. Why shouldn’t Michael Hansen be suiting up to play with the Danish national women’s handball team when they go into the EM finals against Norway on Friday? Wouldn’t that be just as ground-breaking? And assuming our angry young man find could indeed find some justification for separating the sexes in sport, how would he then feel about biological males breaking into women’s sports because they’re psychologically female?

And do we even care?

It’s easy to feel that we don’t: that we want what we want and just tweak the meanings of words like those until we’ve become a whole civilization of Humpty Dumpties:

“When I use a word,” Humpty Dumpty said, in rather a scornful tone, “it means just what I choose it to mean—neither more nor less.”

“The question is,” said Alice, “whether you can make words mean so many different things.”

“The question is,” said Humpty Dumpty, “which is to be master—that’s all.”

—Through the Looking Glass, Lewis Caroll

The world is increasingly under the control of people who believe they know what’s best for everyone. They are, inevitably, the worst of despots, as the C.S. Lewis quote I’m always coming back to explains:

Of all tyrannies, a tyranny sincerely exercised for the good of its victims may be the most oppressive. It would be better to live under robber barons than under omnipotent moral busybodies. The robber baron’s cruelty may sometimes sleep, his cupidity may at some point be satiated; but those who torment us for our own good will torment us without end for they do so with the approval of their own conscience.

When a governor believes, rightly or wrongly, that citizens need to be confined to their homes or businesses closed as a matter of public health, they do so for their citizens’ own good.

When a governor believes, rightly or wrongly, that a political demonstration ought to be allowed in the middle of that same public crisis, they do so for their citizens’ own good.

When a governor believes, rightly or wrongly, that a different political demonstration ought to be forbidden in the middle of the same public health crisis, they do so for their citizens’ own good.

When an executive believes female students need separate but equal sporting opportunities and issues orders to ensure they get them, they are doing so for the students’ own good.

When an executive believes that such policies need to allow biological males to compete with the females that the original policy was designed to separate them from, they do so for the students’ own good.

When a company controlling an online communication platform believes that some ideas are inherently dangerous, they censor them for their users’ own good.

When a company controlling an online communication platform believes that some ideas are inherently good, they promote them for their users’ own good.

Question the governor, the executive, the company on why or how their decisions were made, and the answer is inevitably some variant of, “Who the hell are you to ask?”

(“Question everything,” the leftist bumper stickers used to say. Interesting how that went out of vogue right about the time the left gained control of just about everything.)

One more time: first principles matter. They’re our compass. They tell us which way where we’re going. They give us our bearings.

The people in charge of our politics, media, educational institutions, entertainment, and big tech aren’t interested in anything so absolute as all that.

They aren’t compasses but weathervanes, pointing whichever way the prevailing winds are blowing. They are Humpty Dumpties, fighting with words and logic not to find the truth of things, but to become the master of them.

There’s been a lot of fuss about the “hypocrisy” of American governors, mayors, public health officials, and media people failing to practice what they preach. Among the most notable examples:

I could go on. And on. And on. But hypocrisy is a small and common thing. What these people are doing is proving by example that they themselves don’t believe the things they’re telling us. They’re destroying our lives for something they don’t even believe in.

What conclusions would you draw if shortly after warning his viewers to stay indoors because extremely dangerous thunderstorms were going to hit the area at any moment—lightning, hail, tornadoes, “real wrath of god type stuff”—your local meteorologist was spotted stepping up to the first tee at the local golf course?

It’s one thing to preach monogamy while fooling around on your wife: it’s possible for someone to believe that adultery is bad even as they sneak an afternoon romp with the hot new intern. We’re imperfect creatures (to put it mildly) and can’t always live up to the moral standards we aspire to.

But to ask people to sacrifice, to impose actual hardship on people, in the name of something your own behavior proves you don’t really consider a threat—that’s something worse than hypocrisy.

Those leaders should have been driven out of office. A truly free people, free in mind and spirit, would have run them out of town on a rail. A truly independent media would have hounded them to the ends of the earth. Social media genuinely interested in the common welfare would have encouraged debate on the pros and cons on various public policies, rather than simply censoring all views contrary to the One True Official and Scientific Consensus (that keeps changing!).

At a recent (December 12) online climate summit, U.N. Secretary General António Guterres called for the governments of the world to declare a global climate emergency.

Many countries are also pouring money into high-CO2 activities as they strive to recover from the coronavirus crisis and recession. Guterres noted that G20 countries were spending 50% more in their stimulus packages on fossil fuels and CO2-intensive sectors than they were on low-CO2 energy.

“This is unacceptable,” he told the online Climate Ambition Summit, co-hosted by the UN, the UK and France. “The trillions of dollars needed for Covid recovery is money that we are borrowing from future generations. This is a moral test. We cannot use these resources to lock in policies that burden future generations with a mountain of debt on a broken planet.”

What’s past is prologue. If you thought a year of covid serfdom was fun, just wait until the climate emergency serfdom kicks in.

I wrote the above earlier today. At six o’clock in the evening, Statsminister Mette Frederiksen held a presser to tell us how badly things are going in Denmark. She announced that malls and department stores would be closed starting tomorrow, and that the entire retail branch (apart from groceries, pharmacies, etc) would be closed from Christmas Day through January 3. Among other restrictions, closings, and warnings.

Just two hours later I was entertained by a news segment featuring a reporter “embedded” in Copenhagen’s grandest old department store, Magasin, where Christmas shoppers were pouring in for last minute Christmas shopping.

In fact, the Prime Minister noted in her speech that the closure of malls and big box stores would obviously drive a lot of Christmas traffic to smaller retailers, meaning they would be more crowded. She reminded everyone of the increased importance of social distancing and crowd management in those smaller retailers as we approach the holiday.

In what universe does that make any sense at all?

And why is there never even a pretense of explaining why malls need to be closed, but claustrophic little shops in the narrow lanes of Copenhagen and environs don’t?

And worst of all: why doesn’t anybody even bother asking?