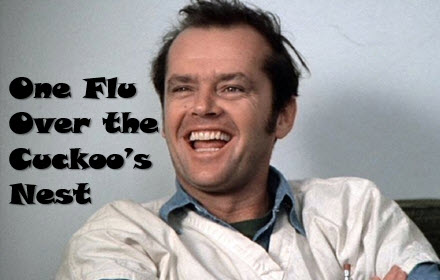 The headline is the story:

Two years ago Denmark had 900 inpatients during the worst flu epidemic in a long time, but the system didn’t collapse, Signe Stoumann Fosgrau, Berlingske.dk, 18 December

Not the information itself, but the fact that we’re first hearing this from the press a full nine months into the pandemic. The information has never not been available, it’s just been ignored by the media.

Here’s the full text of a post I put on Facebook all the way back in the glory days of spring—on April 14 (the original post included some of the charts I’d built up from the publicly available data):

The Danish curve continues trending down, which is great news. Sweden and the UK continue flat. The US looks like it’s beginning to dip down. There’s more and more talk of opening up all over.

That led me to Denmark’s “Statens Serum Institut,” who apparently keep records on this kind of thing.

Over a single 32 week season (week 40 of 2017 through week 20 of 2018) there were 7,667 patients admitted as inpatients with laboratory-confirmed influenza. 549 required intensive care. The “total estimated excess mortality related to influenza” was 1,644 deaths, and there was “a significantly increased influenza-related mortality recorded from Week 9 to Week 15, 2018.” (They don’t put a number on that.)

Week 15 of 2020 was last week. So far, there’ve been 299 corona deaths in Denmark. Given the trajectory things are on right now, events would have to take a very dramatic turn for the worse in order for Denmark to reach 1,644 deaths on this “wave” of the virus.

The number of inpatients admitted for coronavirus across Denmark peaked on April 1 with 535. There are currently 380 inpatients, 93 of them in intensive care, and 80 of those on respirators. (For some reason I can’t find a cumulative count of patients admitted anywhere, and am too lazy to look any further.)

The severity of this virus, and the intensity of its spread, certainly appear worse than the flu of 2017/18, but in Denmark at least it appears that without a very significant change, it may (may!) end up costing fewer Danish lives than that bad flu season. I wonder how many Danes outside of healthcare circles even knew we had such a devastating flu season just two years ago?

I’m not making an argument against mitigation. We may have had thousands and thousands of deaths without the lockdown and sealed border and closed schools and workplaces. Or we may not have. Surely these actions slowed the spread of the virus, and presumably that will have saved lives if only by preventing a massive overload of our healthcare system.

But for a sense of proportion, it’s worth noting that from October 2017 through May 2018, almost 8000 Danes were admitted to the hospital with influenza, and 1644 Danes died of it… and from the first coronavirus death in early March through today, 299 Danes have died of the coronavirus.

Meanwhile, 16 million Americans have filed for unemployment since the lockdowns began in America. Big numbers can be hard to get your head around, but 16 million jobs is roughly the total number of private sector jobs in America’s 18 largest cities. Truly. It is equivalent to every single private sector job in: New York, Los Angeles, Chicago, Houston, Phoenix, San Antonio, Philadelphia, San Diego, Dallas, San Jose, Austin, Jacksonville, Fort Worth, San Francisco, Charlotte, Columbus, Indianapolis, and Seattle.

That’s a lot of jobs. And this was a lot of words… sorry.

I fixed a couple of typos just now, but otherwise that’s the full post from almost exactly eight months ago.

According to SSI’s covid tracker (which has come a long way since April), there have been a total of 6542 covid inpatients and 992 covid deaths this year. There are currently 516 covid inpatients across Denmark, 76 of them in intensive care, and 46 of those on respirators.

So far, in other words, the 2017-18 flu in Denmark was not just worse than covid, but much worse, with 22% more inpatients and 66% more deaths over a similar length of time.

Things are accelerating in Denmark right now, so it’s surely possible we’ll exceed the 2017-18 flu numbers eventually (although it’ll be over a longer period of time), but so far in 2020 the healthcare system has not yet been as badly taxed as it was back then, and Danes have not died in anywhere near the numbers.

As I also pointed out a week or two ago, total mortality in Denmark this year is actually lower than it was last year. A bad couple of weeks before the New Year won’t be enough to change that, unless someone nukes Copenhagen.

It might have been useful last spring for Danes to be reminded of the calamitous 2017/18 flu season, if only to help keep things in proportion. No schools or businesses were shut down for that flu. No schools were closed. No events were canceled. Travel was unimpeded. And no one batted an eye as 1644 Danes were escorted away to their maker by a nasty flu.

I’m not making light of the flu. Herself has twice within the past five years been hospitalized due to pneumonia brought on by influenza. It’s serious stuff. Even scary, as all threats to our mortality are.

But imagine the public state of mind if the Danish authorities had been making it known, through a more responsible Danish media, that “this is a serious and highly contagious virus that may end up being worse than the flu season a couple of years ago, which was pretty bad.”

My caveats now are no different than they were eight months ago: “I’m not making an argument against mitigation. We may have had thousands and thousands of deaths without the lockdown and sealed border and closed schools and workplaces. Or we may not have. Surely these actions slowed the spread of the virus, and presumably that will have saved lives if only by preventing a massive overload of our healthcare system.”

My point is that there has been very little pushback, if any, against the government’s extraordinary orders. Very little public debate.

Let’s leave that aside for now—plenty of time to get back to it at some point in the future. For now, let’s just focus on the implications of all this going forward: however and whenever we get through this pandemic, what are we going to do the next time we have a bad flu season?

Because nobody thought until now (which might charitably be called too little too late) to compare this virus to the 2017/18 influenza, Danes weren’t given an opportunity to reflect on the differences and similarities of the nation’s approach to both.

If you’re not informed about previous reactions, how can you tell if you’re witnessing an overreaction?

I sure as hell didn’t know on March 11 of this year that the 2017/18 influenza had been a deadly plague in Denmark: that it had filled hospitals, stressed our resources, and taken 1644 Danish souls. I therefore had no barometer by which to judge Mette Frederiksen’s unilateral shutdown of our country.* Her arguments for doing so didn’t strike me as unreasonable because I had no basis for comparison.

And yet the basis was out there. The Danish media simply couldn’t be bothered to bring it to our attention.

But the reactions to this virus have been so dramatic that I doubt Danes will need to be “reminded” of them the next time a virus comes roaring through the country. We’ve established a precedent.

We’ve changed the default factory settings from “it happens; we’ll get through it” to “hair on fire hysteria.”

Are we going to react like this for every nasty flu in the future?

If not, why are we reacting like this now?

If so, is that a future worth having?

* I just noticed that I often use “our country” (and the like) when referring to both Denmark and the United States. I apologize for any confusion that may cause but I doubt I’ll be able to do anything about it. I’m a citizen of both and I dearly love both and I’m assuming my readers, to the extent I have any, are citizens of at least one or the other, and will sometimes nod along with me and sometimes be jarred to discover I’m talking about my other country.