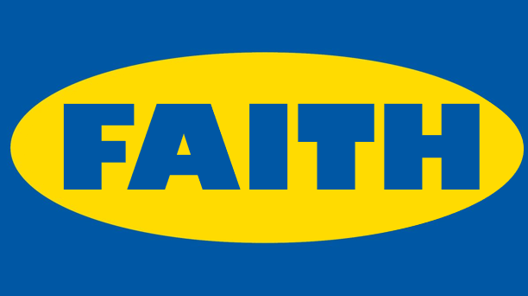 I’ve spent a lot of time among Danes defending America from basic misconceptions about the country, and a lot of my time among Americans defending Denmark in the same way.

I’m not talking about politics, but much more basic stuff. Geography. Climate. Cuisine. Education. The practicalities of daily life.

Denmark and the United States are very much alike in very many ways and most of the differences are minor (for example, only 86% of Danes speak English, while 95% of Americans do). But there are some very big and important differences.

One important difference is the relationship between church and state. In America, there’s an impassable wall between religion and government: an indelible bright red line of separation established in the very first amendment to our Constitution. In Denmark, the church is run by the government.

(There’s an interesting article from December 2018 in the editorially Christian newspaper Kristeligt Dagblad that explores the diminishing importance of Christianity to Danes, whose headline says it all: “The paradoxical faith of the Danes: We are Christian, but not religious.”)

The Church has its own cabinet ministry (or vice-versa), which describes itself as follows on its own website:

That’s important to bear in mind when you see a headline like this:

Folketing in agreement: more must be able to become priests without having studied theology, Cecilie Frederiksen, DR.dk, 26 December

The Danish National Church has a problem, you see, in that there are more vacancies for priests than there are people qualified to serve as priests. So the government, which is in charge of personnel for the national church, has agreed to lower the qualifications. (The evergreen question of whether lowering standards is the right approach in such situations is a topic for another day.)

The headline startled me because I took it literally and couldn’t get my head around the idea of someone who had never studied theology being installed as a parish priest. That’s not actually what parliament’s suggesting, however: all they want to do is remove the requirement of an undergraduate degree in theology. Priests would still have to attend seminary school and other special training, where one assumes there would be a fair amount of theological scholarship, and would still have to be approved by screening committees: this ought to ensure that, as the current minister Joy Mogensen (S) put it, “Being a priest is not the easy way out of unemployment.”

She adds: “It’s not just going into it during working hours, but with one’s whole life, and often one’s whole family’s life. It is, in fact, an office where you are there with body and soul.”

And yet one wonders just how many men and women are out there, these days, who feel what used to be referred to as “the calling.”

(The Danish headline calls him a “stjernephilosophe,” or “star philosopher,” but the literal translation didn’t work for me: it made him sound like some kind of astronomer-philosopher hybrid.)

Hägglund’s book, This Life: Secular Faith and Spiritual Freedom, published in 2019 has become such a phenomenon in the anglophonic world, Heeger tells us, that Hägglund has practically become “the prophet of secularism.”

Full disclosure: this is the first I’ve heard of Hägglund or his book, which I obviously haven’t read. And although my curiosity was piqued for a moment, having read Heeger’s entire piece, and the New Yorker review it references, didn’t do much to make me want to read the book… and if I ever do get around to it, it’ll be for the same reason I keep going back to Marx and Rousseau: to try and better understand how seemingly bright people keep coming up with such terrible ideas.

Although I shouldn’t be so skeptical… after all, noted intellectual powerhouse Robert Smith called Hägglund’s book the best of 2019:

As I mentioned, the Berlingske article by Heeger refers to a glowing review of Hägglund’s book in The New Yorker:

If God Is Dead, Your Time Is Everything: Martin Hägglund argues that rigorous secularism leads to socialism, James Wood, The New Yorker, 13 May 2019

The review is indeed mostly glowing (and, as is usual for The New Yorker, more literary than scholarly), but not without its criticisms.

Wood is enraptured with Hägglund’s highly debatable idea that religion deprives us of full immersion in our daily lives by insisting we lift our sights to the eternal and transcendent or that we focus on an afterlife; an idea that seems to be supported mostly by cherry picking expressions from revered theologians on the inadequacy of their own faith in coming to terms with devastating personal losses.

Wood is (surprisingly, given the medium) not as pleased with Hägglund’s conclusion that socialism is the answer.

(Hägglund is a professor of comp lit at Yale.)

…is wading into the alien depths of political economy. Worse, his version of democratic socialism proffers a three-point plan, one of whose stipulations is that “the means of production are collectively owned and cannot be used for the sake of profit.” He says that his plan would permit private property, as long as the property could not be “bought and sold for profit.” You could own a house, but only on the basis of “its concrete specificity as valuable to you.” Of course, what is valuable to me might also seem valuable to someone else who wanted my house. Surely the abolition of the market, of the human tendency to buy and barter, would demand a kind of aggressive, systematic state control that would be at odds with at least some of the freedom (“valuable to you”) so dear to Hägglund. An ideal democratic socialism that harmonizes Hägglund’s idea of freedom with the state’s necessarily different idea of freedom will come to America, I guess, not just when the mountain comes to Muhammad but when the tenured academic willingly gives up his Yale chair for a job at New Haven’s Gateway Community College. Like many readers, I get anxious when literary academics use the verb “negotiate” at tricky moments; it forecloses argument, and seldom means actual negotiation. Indeed, Hägglund is unusually weasel-wordy when he concedes that such negotiation will demand “an ongoing democratic conversation.” That’s putting it optimistically.

So, big surprise: a Swedish academic at Yale has found the core problem with all human religion, everywhere, through all time, and has solved it with socialism. Just turn the means of production over to collective control, outlaw profit, and Bada bing! Secular paradise!

(What I found most interesting about that New Yorker piece was its implied support for free markets, competition, and private property.)

What we have right now, at this particular point in history, is a decline in organized religion across most of western civilization.

What we do not have, and never will have, is a decline in our basic human yearning for transcendence. Hägglund doesn’t appear to address that except to say, “never mind about all that stuff, focus on the here and now!”

(This, in fact, is apparently part of his appeal: “See, he’s not anti-religious,” squeal his excited admirers, among whom we may apparently include Heeger and Wood, “he’s just about focusing on making things better in the life we have here on earth!”)

That anyone finds that useful or even interesting is a sad commentary on the failure of… just about everything.

That he should then propose the abolition of free enterprise and private property, the very things that have created the prosperity that allows a Swede to make a comfortable living talking about books to young men and women in Connecticut, would be comical if it weren’t so dangerous.

Human life is a mystery because we live in a present bookended by mysteries: we come, each of us, out of a dark oblivion, and our life is then a journey right back into it. Of course we need to make the most of that journey, and surely we’ll continue finding ways to improve things for ourselves and each other as time goes on, but we’re never going to stop wondering why we’re here and what it means to be alive.

To suggest that our deepest yearnings for transcendence are mere distractions from the all-important here and now requires an almost deliberate obliviousness to the human condition. Yes, it is vital that we live as fully and richly in the moment as we can, but as Hägglund’s own career demonstrates, our ideas are an integral part of the tapestry of who we are as individuals, and the freedom to pursue whatever ideas we choose is not something to be brushed aside as a distraction.

Historically speaking, the biggest obstacles to material and spiritual human progress have come from people who’ve figured it all out and want us to do it their way. Whether they use religion or economics or philosophy or just big pointy sticks, they assure us that they’ve got it all figured out and all we need to do is listen to them.

And it never ends well. Ever. Not once. It never even comes close.

To the extent there have been improvements to human life in the here and now, and advances in the life of the mind, they have without exception been the consequence of individual men and women seeking fulfillment on their own terms. Free people chasing their own visions on their own terms.

To that extent a Hägglund might say, “Precisely, and this is why we must restructure society, to let all people seek fulfillment on their own terms without the burden and distractions imposed by our capitalist order!”

But that’s got it backwards. All people, always and everywhere, seek fulfillment. History is very clear on the consequences of trying to direct human fulfillment from above. The best thing governments and institutions can do is give people as much freedom to find their own way as possible, spiritually as well as practically.

The Danish National Church may need to lower the requirements for priesthood, but not so low that the next generation of clergy can’t defend the faith from nonsense like Martin Hägglund’s IKEA for the soul.