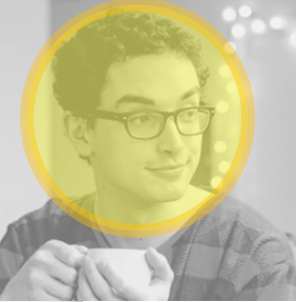 I’m smarter than you.

These things go without saying, but I like to say them anyway because it makes me feel good. And because sometimes (too often) you need the reminder.

This is one of those times.

Never forget: I’m the one that went to the right schools, studied the right things, met the right people, and got the right jobs. I made all the right friends and nurtured my social circle with great care. And I never said or did anything bad or stupid, except for maybe a couple of youthful indiscretions that I deeply regret and for which I apologize in advance to anyone who would find them offensive.

It has come to my attention that some of you have lumped me in with a group of other people, many of whom are close personal friends of mine, or friends of friends, as “the elites.”

Which is ironic on two levels: first, you seem to think it’s an insult to lump us together with a word whose dictionary definition is “a select group that is superior in terms of ability or qualities to the rest of a group or society.” Some insult! Second, you don’t even seem to know that the noun form of elite has no plural.

So even when you think you’re mocking me and my friends and colleagues and peers, you’re just reinforcing your own inferiority.

After all, we wouldn’t call you the rabbles.

We know how to use words properly. We’re so good at language that dictionaries will change their definitions based on our usage. When we use a word in a way that’s unfamiliar to you, it’s only because the dictionaries haven’t caught up yet. But they will. Because the people in charge of them are also smart, and also went to the right schools and met the right people and made the right friends.

But put all that aside. Your ham-handed use of language isn’t what bothers me, or I would have hanged myself a long time ago. (Notice I didn’t say “hung.”) No, the troubling thing is that you’re putting us in this group to criticize us, to challenge our right to steer politics, government, communication, education, entertainment, culture.

Which is just plain silly, isn’t it? I mean, if you’re going to call the people in charge “the elites,” then the only alternative to having “elites” would be having no one in charge. Right? And how would that work?

So the whole idea that there’s anything wrong with “elites” is so stupid that it only proves how necessary it is to have such people—better, smarter people—in charge.

Some people say “the elites” are out of touch because we don’t know what real life is like for everyone else. That we shouldn’t be in charge of things that affect the lives of ordinary people like you because we’ve never had “real jobs” or known real hardship.

This is also a stupid contradiction.

Even if we accept your stupid argument that our jobs aren’t real and our lives have been easy and untroubled (and I don’t accept that for a minute), then it just proves our point: we’ve had sweet lives and landed comfy gigs because we’re smarter and better than people like you. Your jobs and lives are harder because you’re not as smart and good as we are. You shouldn’t have to be super smart to understand that.

But what really chafes is that you don’t seem to realize, or care, that everything we do and say, we do and say for you. For the less smart, less good people of the world, which is obviously the huge majority. We work so hard figuring how to make the world better for people like you, and you repay us with anger, resentment, and doubt.

How about a little sympathy? A little understanding? Even a dog knows not to bite the hand that pays someone to feed it.

We’re working around the clock to protect you from badness: bad behaviors, bad ideas, bad people. And that includes figuring out which behaviors, ideas, and people are bad, and which are good.

Because of that, and this shouldn’t be hard to follow, we’re obviously good, and the people saying we’re not are bad. How can we be bad when all we want is to help you? Because mixed messages like that can be confusing for people who aren’t that smart or educated, we obviously have to stop the bad people from telling you bad things, and it’s hard to think of anything worse they could tell you than that the people who want to help you are bad.

I probably don’t have to tell you that things have been getting really bad lately, mostly because the internet has allowed the bad people with bad ideas to erode trust in the good people with good ideas.

Fortunately the internet is mostly under the control of really smart, really good people, so we’re working extra hard (see?) to make sure the bad ideas are blocked, and that the bad people pushing them aren’t allowed to push them anywhere that gullible people like you might accidentally see them.

It’s also obviously the smartest and best of people in charge of our colleges and universities (and high schools and grade schools, for that matter), and they’re also working their butts off around the clock to make sure that bad ideas aren’t polluting our classrooms, and that bad teachers and professors are removed from their posts. That’s our only chance to make kids turn out smart and good like us, even when their parents aren’t.

You’d think movies and television and music weren’t that important, which just shows how good it is you’re not responsible for any of it. It is mostly very good, very smart companies run by very good, very smart people, and full of performers and writers and musicians who might not actually be very smart themselves, but at least have the sense to stand up for smartness and goodness, and to show solidarity by refusing to work with bad, dumb people. This helps make sure that the entertainment enjoyed by people who aren’t that smart might actually help them get a little smarter in spite of themselves.

And then there’s politics. It’s been rough going for the past four years, but now we’ve finally got a chance to clean up a pretty big mess. The Constitution was always a problem—obviously: it’s from hundreds of years ago and people just weren’t as smart back then as we are today—but with good, smart people in control of the White House and Congress, we can fix a lot of stupid old problems that have been screwing up America from the start. (And don’t worry about the Supreme Court, we’ve got some pretty smart ideas about that.)

One of the most obvious things that people have got wrong about the Constitution from almost the very start was the idea that keeping bad and stupid ideas out of the press would make the press less free. I mean, it says Congress shall make no laws “abridging” the freedom of the press. But how “unfree” does it make the press to say it should just be reporting facts? That’s not a question of freedom, it’s a question of accuracy. No one has a right to be inaccurate, or to lie, or to mislead. Obviously! So we’ll be working on that, too.

So stop putting us down. We’re smart, we’re good, and we’re doing everything we can to make your life better all the way around.

If you can’t see that… well, that just goes to show why we’re the ones in charge.