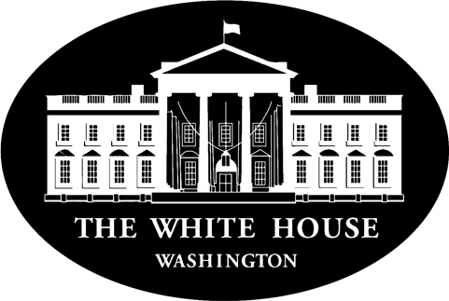 Candace Owens has found her way into the slipstream of the Danish news cycle only a couple of times in the past: when Kanye West told the world “I like the way she thinks,” when she and Kanye West had a falling out, and when she reacted to Harry Styles wearing a dress on the cover of Vogue by saying “the West needs manly men.”

Youthful, spirited, quick of wit and thick of skin, and with a great sense of humor, she’s ideally suited to the YouTube era.

She’s a wonderful spokesperson for conservative issues not just because she’s good at articulating them in engaging and entertaining ways, but also because it’s difficult for leftists to dismiss a young black woman as a white supremacist… which isn’t to say they don’t try: here’s a video of some deranged protesters disrupting her breakfast to accuse her (and eventually the black cops that showed up) of white supremacy:

Remember: the left has all the intellectual firepower. They’re the smart ones. The adults in the room, as Steffen Kretz might say. Did you hear the adult in the room shouting “Eat white people! Eat white people and eat the rich!” through a bullhorn?

She also impressed me during the Congressional White Supremacy Witch Trials of April 2019:

She has criticized Harry Styles and feuded with Kanye West. Now this loyal Trump supporter is thinking about running for president, Kalinka Aaman Agger, Berlingske.dk, February 9

Her saving grace is that she doesn’t say when. I believe Candace Owens loves America, and I hope she simply forgot to end the second sentence with “some day.”

Donald Trump is the only American ever to have assumed the presidency without having held any political office or military command beforehand, and that may have been his biggest liability in office. If you hate him, you surely agree his lack of political qualifications should have kept him out of office in the first place. If you love him, you ought to be able to acknowledge that with some political experience under his belt he would have been much more effective.

Joe Biden served eight years as Vice President; prior to that he’d been a U.S. Senator since the early Pleistocene. Obama was a U.S. Senator who had previously been an Illinois State Senator. His tenure in each position was brief, but he was a product of the Chicago machine and Democrats closed ranks around him because, as one prominent idiot put it, “I mean, you got the first mainstream African-American who is articulate and bright and clean and a nice-looking guy”.

LBJ was Vice President when he assumed office on JFK’s assassination; he’d previously been a U.S. Senator. Kennedy had been a Representative and a U.S. Senator before ascending to the White House. Dwight D. Eisenhower had held no previous political office, but he’d been the Supreme Commander of the Allied Expeditionary Force in Europe from 1943-45, which certainly counted for something.

A handful of candidates since World War II have made significant inroads without significant political or military experience: Jesse Jackson made a pretty good run in the ’88 primaries despite never having held political office. So did Ross Perot in ’92. Perot got just under 20% of the popular vote in the general election, the best performance by any candidate not from one of the two major parties since Teddy Roosevelt’s Bull Moose Party in 1912. (TR had, however, been President from 1901 to 1909, and Vice President before that.) But none of them won.

One of the many reasons I didn’t vote for Donald Trump in 2016 was his lack of political experience. He had no track record with which to assess the credibility of his campaign promises. He didn’t have the network of political allies most candidates acquire on their way up, but he had scores of enemies among the Republicans he’d humiliated in the primaries and the Democrats who had loved him fanatically until he’d come out as a Republican.

Experience isn’t an automatic qualifier: the foundational truth of American politics is that everyone rises to their level of incompetence. It’s certainly in the national interest for politicians to crash and burn while they’re still mayors, governors, Representatives, Senators, or generals, rather than after they’ve moved into 1600 Pennsylvania Avenue.

In fact, that’s a great “glass half-full” way to look at failures in those lower offices: they’re doing us all a service by exposing their incompetence before it can metastasize nationally.

(Failure in politics is all in the eye of the beholder, so even spectacular failure in a governor’s mansion doesn’t always block the way to the White House. But it’s at least a speed bump.)

Run for Congress. Or mayor. Get things done. Show us you’re as good at management as you are at advocacy, that you can implement policy as well as you can build a coalition.

How about moving to my old neighborhood in Queens and running against AOC? You could kill two birds with one stone: get yourself into the game and knock one of the worst lunatics out of Congress.

I know that’s called “carpetbagging” and we’re supposed to look down on it, but you wouldn’t be the first woman to move to New York to start your political career.