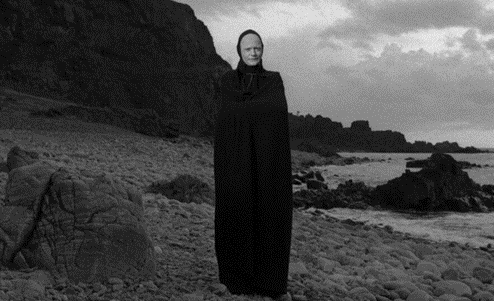 Europe’s given up on America, according to an article today from Berlingske:

Europeans Turn Their Backs on America after Trump, and Denmark Stands Out on a Decisive Point, Kristian Mouritzen, Berlingske.dk, February 11

The subhead spells it out pretty plainly: “Europeans simply do not trust that the new president of the United States, Joe Biden, can turn things around so that Americans will once again be the world’s leading country. A report shows how bad it is.”

The article is built around the results of a report by the European Council on Foreign Relations called “The crisis of American power: How Europeans see Biden’s America.” With a title like that, you can guess at its findings.

Mourtizen’s focus is, naturally enough, on the findings relating to Denmark. He cites three key (Danish) points from another article (“Is Atlanticist Denmark Turning More European?“) by Catharina Sørensen, deputy director of the think tank Europa:

And this time, it is personal: Only one in four Danes disagrees with the statement that “Americans cannot be trusted because they voted for Trump”. Fewer than four in ten trust American citizens to make the right choices for their country.

More troubling still are the findings on how Europeans (and Danes in particular) view their own security situation with respect to America, China, and Russia.

There’s a lot to chew on in the ECFR report, and in Sørensen’s article: both of those are in English, by the way, while the Mouritzen piece is in Danish. There are some glimmers of hope in the report that both Mouritzen and Sørensen studiously neglect to examine; I may or may not get back it all another day, but while trying to make sense of it all I stumbled across another troubling study:

The Zogby Poll: Will the US have another civil war?

It was published on February 4, so it’s a week old, but it offers some interesting findings:

Nearly half (16% very likely and 30% somewhat likely combined) of likely voters believe the country will have another civil war, while 42% (24% very unlikely and 18% somewhat unlikely combined) did not think we were headed for another civil war; 11% of survey respondents were not sure. It’s quite astounding that nearly half of voters think we are headed for bloodshed! If we are to judge by the last four years of divide and vitriol, among, voters then maybe it’s not too surprising.

As near as I can tell, the Poll was a single question: “Will the US have another civil war?” and respondents could choose between Very Likely, Somewhat Likely, Somewhat Unlikely, and Don’t Know.

That more Americans think civil war is likely than think it’s unlikely is sobering, but when Zogby says that “If we are to judge by the last four years of divide and vitriol, among, voters then maybe it’s not too surprising,” I think he’s on to something.

After all, why would we expect people’s beliefs to differ from what they’ve been told day in and day out, year after year after ever-loving year?

The “divide and vitriol” Zogby describes “among, voters” (don’t ask me what that comma’s for; it’s in the original) has been spoon-fed to them for two decades by a media universe in which outrage is the coin of the realm.

Why are Americans so danged fired up? Because they’ve been firing each other up with all the fiery fire that the media have been firing at them for decades. In the early days of the internet, flaming logos were all the rage. Now it’s flaming headlines… are the flaming neighborhoods such a surprise?

And why are Danes so skeptical about America? Same reason: the Danish media have been force-feeding Danes a diet of rabid anti-Americanism for decades. There is very, very little positive about America to be found on Danish media. (Yes, they were fond of Obama, primarily because it gave them such a thrill to cast all opposition to his administration as stone cold racism, and nothing gets the alabaster Danish media more excited about America than an opportunity to rail against its intractable racism.) And don’t get smug, American lefties: Danes may approve of your politics, to the limited extent they understand them, but they’re still convinced that you’re just as as fat, stupid, selfish, and barbaric as your awful right-wing relatives.

The ECFR and Zogby findings are only telling us that the European, Danish, and American public need to get off social media, turn off the news, and get back out into their communities…. which is tough to do when we’re all locked down.

So maybe we really are doomed.