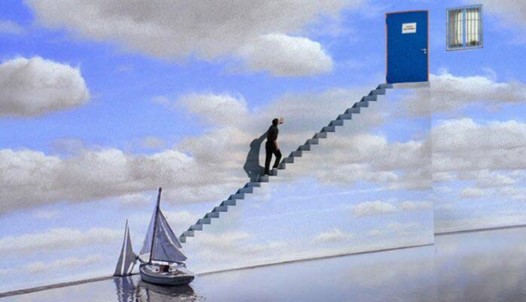 Joe Biden has been president of the United States for more than three weeks. Surely it’s now time for the ostensibly borgerlig Berlingske Tidende to familiarize its readers with some of the far-left initiatives the administration has already pushed through.

Here are the stories that Berlingske had on their home page this morning (in the order in which they appeared, from highest to lowest on the page):

“The relationship broke down on live TV: Now Fox News is in crisis.”

“Trump presented as violent romantic who regrets nothing — with one grim example after another.”

“American newspaper: Trump told far from everything about his hospital admission”

“Now Trump supporters’ words are used against him: ‘We followed the president’s orders.”

Way down near the bottom of the page we find this:

The closing paragraph of that article:

Also in the area of human rights, Biden will crack down hard on the Chinese, both when it comes to the persecution of minorities like the Uighurs and the imprisonment of system critics. Biden said after the conference call with Xi that human rights would become a focal point for the new US government.

Persecution of Uighurs? Imprisonment of critics? Quick, get a journalist out to China and find all the connections to Trump!

By late afternoon, the morning’s contents had been pushed down the page but a couple of new additions had been added above them:

“Anders Krab-Johansen: Trump is insane, but the Danish left wing’s attack on democracy is just for fun”

” ‘The Campaign Trail’: What will Trump do without his social media?”

Nothing new about Biden, or his administration.

Nothing about day’s hot story: revelations that Emmy-award winning and celebrated “crisis leadership” author Andrew Cuomo (who, by the way, is the Governor of New York) knowingly misled federal authorities about his nursing home fiasco.

Nothing about anything else relating to America in any way.

That’s seven stories about the former president stacked up on top of a single one about the current president. Seven frothy stories that may as well have been written by the Democratic National Committee, or narrated by CNN’s perpetually outraged and affrighted Brian Stelter, on Berlingske’s front page. On a single day.

And one little story about the leaders of the world’s two most powerful nations having a little chat.

And remember, Berlingske’s supposed to be the borgerlig paper.

Day by day, the Danish media are doing their best to make Danes a little stupider about America… and as I noted yesterday, that has consequences.