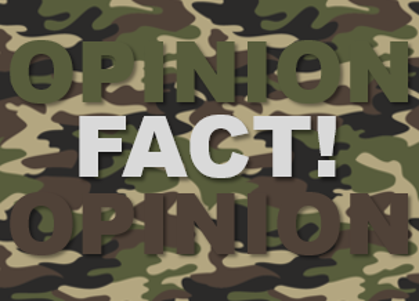 The “borgerlig” Berlingske Tidende has at last come around to the observation that the New York Times is printing opinion as fact.

That’s a positive development, as far as I’m concerned, even if it’s just in an opinion piece.

At least, it would be a positive development if I didn’t know its only value would ultimately be to serve as a perfect illustration of Michael Crichton’s Gell-Mann Amnesia Effect.

Blüdnikow is a member of Berlingske’s cultural editorial team, a regular contributor to their polemicist Groft Sagt editorial page feature, an author of several histories (primarily about the Cold War and Jewish history in Denmark), and a founder of the think tank CEPOS. He’s incensed at the New York Times for a silly story about a silly Danish artist who led her students in a “protest action” that included tossing a bust of King Frederik V into a Copenhagen canal.

I thought I had published a post about the episode when it bubbled up in the Danish news cycle last fall, and was expecting to be able to link to it here in order to fill in a few blanks on the cheap, but I can’t find it. I suspect I abandoned it for the sheer banality of the subject matter: there’s nothing novel or interesting about artists taking ridiculous and destructive action to feel important and useful (or merely to get attention).

So here instead is a good English-language summary of the events from thelocal.dk (published in December 2020):

Artist Katrine Dirckinck-Holmfeld lost her job when she took a replica bust of the 18th-century monarch Frederik V from the Royal Danish Academy of Fine Arts, where she was employed, and dumped it to draw attention to the country’s colonial past and its involvement in the slave trade, especially in modern day Ghana.

The action, which she called a “happening,” was initially carried out anonymously. Dirckinck-Holmfeld was removed from her post the day she came forward as the responsible party.

The scandal on Monday claimed the scalp of the Academy’s director Kirsten Langkilde, who had sent an internal mail with a link to the video of the bust being dumped without any comment, just saying “Have a good weekend”.

Here’s what the original terra cotta bust looks like: I wonder whether artist Dirckinck-Holmfeld or director Kirsten Langkilde or any of their students would be capable, as artists, of creating something like it:

Destruction is easy. The second law of thermodynamics is, after all, one of the factory settings of our universe. Not just easy, but trendy, too: last summer, you may recall, the destruction of statuary was all the rage:

I don’t know how the general population is supposed to react to such acts. I think of the scene in Dr. Zhivago when Yuri returns from a long absence to find his childhood home has become a communal residence.

“There is living space for thirteen families here,” the chairwoman of the residence committee snarls at Yuri, “where before there lived only one.”

A bust of Frederik V has no place in an art institute. It belongs on the bottom of a canal. It’s a much better arrangement. More just. Who couldn’t see the logic of that?

Now that you’re caught up on the story at the center of all this, let’s get back to Blüdnikow’s complaint.

The Times article that set him off is “The Sinking of a Bust Surfaces a Debate Over Denmark’s Past” (New York Times, February 9), which uses the vandalism of the bust as a jumping-off point into a discussion of the “debate over Denmark’s past” mentioned in the headline.

Blüdnikow’s point is that most of the “debate” described in the Times article is predicated on a Harvard paper written by one Scott Stawski, who apparently couldn’t be troubled to use Danish primary sources or literature.

He makes a solid case against the notion that Denmark was more involved in the African slave trade than it’s already understood to have been and even takes a few swipes at the Times’s noxious “1619 Project,” which seeks to portray America as a country built entirely on slavery.

With its article on Denmark, NYT ties itself to an identity-politics line where pluralism and versatility are considered subordinate to ideological crusades. The paper has become a partially propagandistic organ, and journalists who deviate from the line have been fired. The article about Denmark is an example of classic journalism being in crisis, and there is a tendency for the woke generation’s influence in the media to undermine the credibility of the media, as the well-known American journalist Glenn Greenwald has said.

And then in a massive font: “The New York Times is not the only medium where this extremism is winning out.”

I’m pleasantly surprised to see those words printed in the pages of my former employer. Hell, I’m delighted.

I’m also pretty damn sure those words wouldn’t have appeared if the Times had kept their grubby and dishonest hands off of Denmark. I imagine the other editors at Berlingske would have been quite happy to take the Times at their word had they been slurring any other country. But Denmark? Denmark? You go ahead and give ’em hell with both barrels, Blüdnikow!

And here’s where Crichton’s Gell-Mann Amnesia Effect kicks in: readers who are sympathetic to Blüdnikow’s point of view, who have perhaps been regular readers of his columns and polemics, who have enjoyed his books: they will read this piece and nod in agreement. Yes, yes, he’s got a good point; the Times really has become a partisan outfit: they’ve got Denmark all wrong, that’s for sure! They will then flip (or click) further on into Berlingske and read article after article where the phrase “ifølge New York Times” appears, and consider whatever they’re reading to be reliably sourced.

And yet: it’s a start. And I’m grateful for that.

For that, and for the phrase “camouflaged objectivity,” which may well be the most apt description of America’s establishment media I’ve encountered.