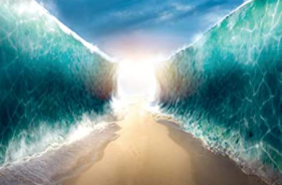 Berlingske went straight to the Danish news service Ritzau to break the news of Rush Limbaugh’s death on Wednesday. (Ritzau apparently borrowed the story from Reuters.)

After three straight news paragraphs about how his death was announced (by his wife, on air, at the start of his program on Wednesday) and how he’d gone public with his diagnosis last year, it gets into qualitative reporting (my translation):

Limbaugh had a big profile within American conservative talk radio and within that arena he secured himself both many supporters and opponents.

In connection with Donald Trump’s State of the Union speech in 2020, Limbaugh was awarded the prestigious Presidential Medal of Freedom. That’s the highest civilian honor in the USA.

It was then-First Lady Melania Trump who hung the medal around Limbaugh’s neck, while Donald Trump hailed Limbaugh as “a special man, beloved by millions of Americans.”

Individual Democrats could be heard to break out into “oh, no” in the background — a clear example of Limbaugh’s ability to divide the waters.

The man is receiving an award. The president says he’s beloved by millions of Americans. Democrats groan. And that just goes to show what a divider Limbaugh was!

Limbaugh went off track when, among other incidents, during a 2006 filmed episode of his radio program he made fun of the politically active actor Michael J. Fox. He simulated the actor’s shaky movements, which are the result of Parkinson’s Disease. He was criticized from both sides.

Limbaugh’s broadcasts went out on more than 600 radio stations across America. During them he often lashed out after the left wing’s pet causes like global warming and health care reform.

And that’s it. That’s the entire thing, minus three fact-based opening paragraphs. (Note: Rush wasn’t making fun of Fox’s Parkinson’s, as the article suggests. Rush thought that Fox was deliberately exaggerating his symptoms, which were less pronounced in his other public appearances, while campaigning for Democratic candidates. When informed that Fox was not exaggerating his symptoms, Rush apologized sincerely.)

Rush Limbaugh had a thirty-year career as one of the most (if not the most) influential conservative voices in America. He was, indeed, “beloved by millions of Americans.” He promoted conservatism in a smart, bold, and wildly entertaining way.

Once in the 1990s I accidentally mentioned Rush Limbaugh in a private conversation with Garrison Keillor, an unrepentant old-school leftist and one of Rush’s fellow American radio Hall-of-Famers. I immediately wished I hadn’t mentioned Limbaugh, because I was just starting out with Keillor and trying to avoid politics at all costs. I started mumbling something or other about how, of course, I knew he wasn’t a fan, and blah blah blah, but Keillor waved my mumbles off.

He admired Rush, he said. Didn’t agree with him, but admired him, and appreciated all that he’d done for radio. I thought it was a fair and gracious perspective. And certainly honest.

In the “camouflaged objectivity” of Ritzau and Reuters, however, what we should really remember about Rush is that he made fun of Michael J. Fox and criticized global warming and health care reform. Also he made Democrats mutter and groan while he received a medal from the president, which proves how divisive he was.

This is the leftist worldview: if you’re not one of them, or cheering for them, you’re being divisive. (That’s why conservatives haven’t for one second taken Joe Biden’s calls for “unity” seriously. The left’s definition of unity has always been “unanimous agreement with us.”)

Thought experiment: Joe Biden awards Michael Moore a Presidential Medal of Freedom. Congressional Republicans mutter and groan during the ceremony. Do you think that would be cited by Ritzau or Reuters as an example of Moore’s “divisiveness?” Or would it be held up as an example of Republican incivility?

American Conservatives have lost a treasured voice, but the greatest testament to Rush Limbaugh is the number of new, outspoken conservative voices he inspired. The trail he blazed is now a well traveled highway.

Rush always said he was working “with talent on loan from God”; that loan has been called in.