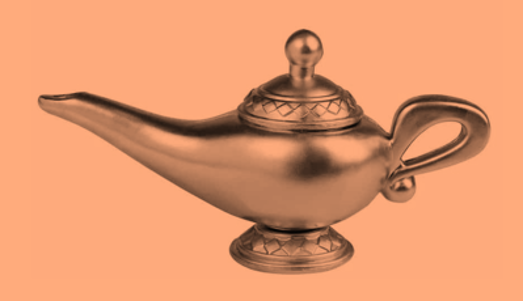 As sure as spring follows winter, so is any public statement by Trump followed by a spastic word salad from DR’s ace U.S. correspondent Steffen Kretz.

President Joe Biden has, in his five or six weeks as president, bombed Syria, fired off a zillion executive orders, and made several carefully controlled public appearances. Denmark’s Prime Minister Mette Frederiksen had a conversation with the White House about a week ago, but it was with Kamala Harris rather than Joe Biden. None of those things caught the fancy of ace U.S. correspondent Steffen Kretz (who by the way is entirely unbiased because the DR ombudsman looked into viewer and listener complaints and determined they were without merit because ace U.S. correspondent Steffen Kretz is thoroughly objective and apolitical).

Who cares what the American president is doing? If Danes want to understand America, they need to know what private citizen Donald Trump is up to!

There has been silence from former US President Donald Trump since he left the White House in a helicopter on January 20th.

And that’s totally normal and not worthy of even momentary consideration. It’s perfectly natural that he should be barred from using communication platforms used by billions of people around the world. The CCP officials who are crushing democracy in Hong Kong and Taiwan, and who have set up actual concentration camps for Uighurs, are all entitled to Twitter and Facebook. The Iranian Ayatollah Khameini, who advocates for the elimination of an entire people, is entitled to the use of Twitter and Facebook. North Korean propaganda flows freely on Twitter and Facebook. An American president is banned. No biggie.

After four years in which Trump has been everywhere all the time, the silence has been almost resounding.

Trump’s first official speech on Sunday, at a conservative political conference in Florida, had therefore been eagerly anticipated. For perhaps the ex-president would unveil the political future he envisions.

Will he run again? And what role does he see for himself in the Republican Party? The answers were almost given in advance.

Trump is Trump – election defeat or not.

And Kretz is Kretz.

Still going against the facts

Trump’s speech at the CPAC conference in Orlando made it abundantly clear that Trump is still holding on to the delusion that he was defrauded of a secure election victory. All the facts prove otherwise.

The final “C” in CPAC stands for conference, so calling CPAC “the CPAC conference” is awkwardly redundant, whether in English or Danish. It parses out to “the Conservative Political Action Conference conference.” I don’t hold that against Kretz, it’s a very common kind of error, but it bothers me enough that I feel compelled to call it out wherever I see it.

He stated that he is still the leader of the Republican Party and has no plans to form a new party.

And he more than hinted that he was considering running again in the 2024 election.

At the same time, he lit the fuse for a bomb under the party, stressing that he will throw his support behind candidates who will challenge Republicans in Congress who aren’t Trump-faithful enough.

For example, the members of the House of Representatives who voted to conduct the latest federal lawsuit against Trump for his role in the attack on Congress – and the Republican senators who voted to convict Trump.

It was Trump as we’ve seen him so often over the last four years – seeking revenge on party colleagues who, in his opinion, aren’t sufficiently loyal.

In other words, Trump is preparing for a civil war in the Republican Party, because it’s not just a small handful of members of Congress who are now distancing themselves from Trump.

It is the powerful minority leader in the Senate and the de facto party leader, Mitch McConnell, and a number of other prominent Republicans in Congress.

This is a vintage Kretzian muddle.

Mitch McConnell voted against impeachment and has already said on the record that he would support Trump in 2024 if he were the Republican candidate. Yes, he’s said critical things about Trump, but so has every other American with a mouth.

When Kretz says “it’s not just a small handful of members of Congress” that are distancing themselves from Trump, he’s only technically right: it’s actually a biggish handful.

The real problem with Kretz’s analysis, however, is that it’s not Trump’s desire for revenge that’s driving the schism in the Republican Party.

Something like 94-96% of the party are supportive of Trump, and he enjoyed a 51% job approval rating nationally in the week before the 2020 election.

Grassroots voters had simply had enough of “establishment” Republicans whose preferred weapon in the culture wars had always been, and continues to be, the white flag of surrender.

To some extent, Trump can be thought of as a genie summoned by Republicans tired of all that congenial failure.

“Please,” they said, rubbing the magic lamp, “we wish for a Republican candidate who will fight like hell for our beliefs and won’t back down when the going gets tough. And maybe actually gets something done once in a while.”

And in a puff of orange smoke, out came Donald Trump to say their wish was his command.

In other words, he’s not stoking the flames of a Republican civil war: he is a weapon that one side of an intra-party conflict has deployed against the other, and against an increasingly unhinged Democratic party.

He is, in Ghostbuster terms, the chosen form of the destructor.

It’s also worth noting that as military metaphors go, the conflict on the American right is more of a frontier skirmish than a full-blown civil war: the NeverTrumpers get a lot of attention because the leftist establishment media are all too happy to amplify their tantrums (and to minimize their scandals: I haven’t seen much coverage in Denmark of the disgraceful collapse of the Lincoln Project), but they’re really a tiny minority.

They’ve got the enfant terrible Mitt Romney (aka Pierre Delecto) and a few other RINOs in the Senate, like the reliably wobbly Murkowski, Collins, and Sasse. They’ve got the support of the old “country club Republican” patricians from the House of Bush, and they’re backed by a bunch of formerly conservative pundits at formerly conservative publications like National Review.

That’s it. That’s the establishment A-Team. That’s the massed army on one side of Kretz’s “civil war.” And keep in mind: the overwhelming majority of Republican voters despise them.

Kretz seems to be making a fuss that Trump wants to overthrow his ostensibly Republican adversaries, which is certainly true, but Kretz neglects to remind his readers that those adversaries have been doing their best to purge Trump and his supporters not just from the Republican party, but from polite society in general, for nearly five years—with enthusiastic support from the media, academia, big tech, corporate boardrooms, and most of popular culture. Trump isn’t preparing for civil war within the Republican party: he’s been fighting failure theatre Republicans since he announced his candidacy.

Finally, it is entirely ordinary for an opposition party in American politics to regroup and realign during their time in the wilderness. In fact, it’s a staple of every parliamentary system in the world. Look at all the turmoil in the Danish “Blue Bloc” right now: the schism that the Ellemann-Jensen / Støjberg split caused in Venstre, and how the center of gravity has moved from Venstre to the Conservatives.

What is much more interesting right now is the (largely uncovered) “civil war” on the American left, where an old guard of decrepit white septuagenarians and octogenarians (Biden, Pelosi, Schumer, et al.) are clinging to power by fighting off (and occasionally giving in to) an insurgency of young extremists. Maybe some day ace U.S. correspondent Steffen Kretz will get around to noticing that.

He might also notice that D.C. remains under military occupation. The Danish media show no curiosity at all about that, probably because (as usual) they’re taking their cues from the American establishment media. Can you imagine if Christiansborg were surrounded by fencing and barbed wire, patrolled by a few thousand troops from the home guard? I suspect even DR might have a few questions.

In the midterm elections in two years, Republicans won’t be able to focus exclusively on beating their Democratic opponents. They will probably be in the middle of an internal showdown over who’s leading the party – whether it’s still Trump and the candidates he supports, or the traditionalists of McConnell’s wing.

Mitch McConnell is a very able and cunning politician, but as I’ve already noted: he’s not a NeverTrumper. And he certainly has no “wing.”

The “civil war” between Republicans will play out, like that between Democrats, in the form of the 2022 primaries.

That division was emphasized by the key party figures who weren’t present at CPAC. Senator and former presidential candidate Mitt Romney had been asked to stay away after he again voted to convict Trump at the January trial.

But neither former Vice President Mike Pence nor former UN Ambassador Nikki Haley, both seen as possible presidential candidates for the Republicans in 2024, participated in the Orlando event.

Mitt Romney is done as a Republican. Anyone who doesn’t understand that has no business trying to explain American politics to anyone.

Pence and Haley are different. The Republican base doesn’t despise them the way it despises Romney, but the Republican base is certainly wary of them right now. In all likelihood, they’ll be back. In fact, were Kamala Harris not likely to inherit the scepter from her rapidly dwindling boss, I’d put even money on Nikki Haley being the first female, ethnic minority president of the United States.

So the split among Republicans is now on display for the world. And that’s good news for Democrats and President Joe Biden. All else being equal, an opponent who is busy fighting with himself is easier to overcome.

The point Kretz seems to be missing (the particular point in this particular passage) is that all else is not equal.

A divided Republican party could benefit Biden and the Democrats, but that would require two things to be true. First, the divide would have to be as broad and deep as leftists and NeverTrumpers and ace U.S. correspondent Steffen Kretz want to believe it is. It’s not. Secondly, the Biden administration and its Democratic congress would have to be governing with a soft and conciliatory touch. They are not.

What’s going to unite Republicans in 2022 is exactly what united them in 2016, and what united Democrats in 2020: total contempt for the party in power.