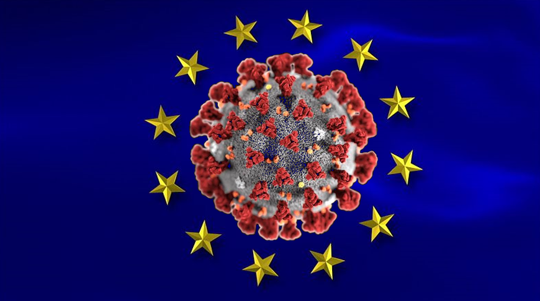 Prime Minister Mette Frederiksen will be traveling with Austrian Chancellor Sebastian Kurz to Israel on Thursday, for a meeting with Benjamin Netanyahu.

According to Frederiksen’s own office, the purpose of the trip is for her and Kurz to speak with Netanyahu about the potential for “closer cooperation on COVID-19 and vaccines.”

You can read more about it in the language of your choice (I translated the Berlingske title, but the linked article is obviously in Danish):

The Latest: Austria, Denmark to work with Israel on vaccines, AP/ABCNews.com, March 2

There’s a taint of political scandal around the meeting, because Israel is currently “hermetically sealed:” no foreigners are allowed to enter Israel at all. The Prime Minister of Denmark and the Chancellor of Austria are not citizens of Israel, as you may have mistakenly supposed them to be. With a Knesset election scheduled for March 23, some observers believe Netanyahu is allowing this violation of Israel’s “hermetic seal” for the positive political optics: Heads of state are coming to me for guidance on saving their nations from this pestilence! Because I am that fricking awesome! Vote Likud on March 23rd!

Could be. Who knows? Not me.

But there’s another whiff of something about this meeting. If not scandal, it might at least be characterized as excessive political flexibility.

Here it is in a nutshell from Politico:

The Austrian and Danish leaders’ move is the latest blow to the EU’s vaccination strategy, coming the same day that Poland asked China for vaccines and Slovakia ordered 2 million doses of Russia’s Sputnik V vaccine, and only a day after Hungarian Prime Minister Viktor Orbán received his first dose of the Chinese Sinopharm vaccine, which has not been approved by the European Medicines Agency.

That’s significant stuff, but before I get into it I’d like to talk about some of Gilbert Keith Chesterton’s observations about divorce.

He begins The Superstition of Divorce with a quintessentially Chestertonian preamble:

It is still in some strange way considered unpractical to open up inquiries about anything by asking what it is. I happen to have, however, a fairly complete contempt for that sort of practicality; for I know that it is not even practical. My ideal business man would not be one who planked down fifty pounds and said “Here is hard cash; I am a plain man; it is quite indifferent to me whether I am paying a debt, or giving alms to a beggar, or buying a wild bull or a bathing machine.” Despite the infectious heartiness of his tone, I should still, in considering the hard cash, say (like a cabman) “What’s this?” I should continue to insist, priggishly, that it was a highly practical point what the money was; what it was supposed to stand for, to aim at or to declare; what was the nature of the transaction; or, in short, what the devil the man supposed he was doing. I shall therefore begin by asking, in an equally mystical manner, what in the name of God and the angels a man getting married supposes he is doing.

It’s quintessentially Chestertonian because it leads you merrily along a meandering path of what seem to be obvious and only loosely connected points before whacking you over the head with a shovel.

I was going to keep going with Chesterton, but by sheer coincidence the soundtrack to Oklahoma was playing as I was writing the preceding paragraph. The chorus of All or Nothin’ caught my ear:

So before we take up the interesting question of EU countries scrambling outside the EU for vaccines, or “close cooperation” on vaccines, what in the name of God and the angels does a country joining the EU suppose it is doing?

Countries are just abstractions, so obviously they suppose nothing at all about anything. So let me rephrase: what do the people of a country joining the EU suppose they are doing?

Since the creation of the European Economic Community in 1957, the geographic entity of Europe has been steadily aspiring to make itself into a political entity. To the extent they’ve sought to end the regular continental bloodbaths and improve the continent’s economies, these efforts have been very successful. To the extent they’ve sought to create some kind of European superstate, they’ve been a failure.

Most of the citizens of most EU countries are happy enough to be members of the EU, but only to the extent that they see membership in the EU as advantageous to their own country.

Let’s repeat that: their own country.

I’ve been living in Europe for eighteen years and have traveled all over the continent, for business and for pleasure. In all that time and all those places, not a soul has introduced themselves to me as a European. I haven’t met anyone who spoke European. I haven’t seen a European passport. The European Union has a flag and an anthem, but it hasn’t got a single citizen.

Those laws often come into conflict with national laws and regulations, sometimes in comically stupid ways, as when Danish bakers were informed that Danes’ beloved kanelsnegle (cinnamon rolls) were in violation of EU cinnamon regulations.

An enraged Denmark rushed to the barricades: Get your filthy EU hands off our cinnamon rolls!

So what happened? Did the Danish bakers give in? Did the EU change the regulations? Did Denmark leave the EU?

Nothing like that, of course. Kanelsnegle were simply reclassified by the Danish Bakers’ Association from a standard pastry product to a “traditional or seasonal food.” As such, the lower cinnamon allowance no longer applied.

It’s called “getting around the law,” and it’s something all heavily regulated people understand. Most of us smile at such ingenious evasions of heavy-handed rules: we admire the dexterity and creativity of practical people slipping through the loopholes of their restraints. Most of us. In most cases. But not all of us, and not all the time.

For example, there is the question of borders.

The EU allows for national borders, but the Schengen Agreement does not. From Wikipedia:

The Schengen Area is an area comprising 26 European countries that have officially abolished all passport and all other types of border control at their mutual borders. The area mostly functions as a single jurisdiction for international travel purposes, with a common visa policy.

Of the 27 EU member states, 22 participate in the Schengen Area. Of the five EU members that are not part of the Schengen Area, four – Bulgaria, Croatia, Cyprus, and Romania – are legally obliged to join the area in the future; Ireland maintains an opt-out, and instead operates its own visa policy. The four European Free Trade Association (EFTA) member states, Iceland, Liechtenstein, Norway, and Switzerland, are not members of the EU, but have signed agreements in association with the Schengen Agreement. De facto, the Schengen Area also includes three European microstates – Monaco, San Marino and the Vatican City – that maintain open borders for passenger traffic with other Schengen member countries.

This arrangement means that I can drive from Copenhagen to Barcelona to Budapest and back without a passport. It means I do not even need a passport to go to Oslo, even though Norway isn’t a member of the EU.

But the Schengen Agreement has turned out to be what we might call a “fair weather treaty.”

First in the immigrant crisis of 2015, then again with the Wuhan virus lockdowns, many Schengen nations (including Denmark) threw up and enforced border controls in clear violation of the agreement.

These countries were advised by whoever’s responsible for such things that their border policies were in violation of Schengen. They responded with succinct indifference. The countries were told they would have to put time limits on their closures. They did so, then simply extended them whenever they felt like it.

There’s no EU law preventing Denmark and Austria from seeking Israeli assistance on health issues. Nor is it illegal for Poland to get a vaccine from China, or for Slovakia to seek one from Russia. These actions are, as I noted up front, at worst merely an exercise in excessive political flexibility. That is, countries are “thinking outside the box” to solve their own problems, because the EU’s solutions have thus far been inadequate to the task.

It’s not a good moment for the EU: Denmark, Austria, Poland, and Slovakia aren’t filing for divorce, but they’re certainly fooling around on the side. No one’s going to accuse Mette Frederiksen of being anti-EU, or any kind of Euroskeptic, but in a way that’s even more damning: if a Europhile like Frederiksen is willing to throw up borders in violation of Schengen, and is going to seek health policy guidance from outside of the EU, how strong is her connection to Europe really?

I’m no fan of our Prime Minister or her party, or of her government’s bloc, but I believe she’s only doing what she’s supposed to: looking out for the citizens of her country.

Her country being Denmark, not Europe.

Her citizens being Danes, not Europeans.

If Italy or Portugal are content to wait around for the EU to help them out, that’s their prerogative. Not everyone has that kind of patience. More to the point, not every government’s voters do.

The idea of “Europe” as anything more than a network of treaties and agreements is a fantasy. The European Union’s 27 member nations are happy to play along by EU rules only to the extent that they feel their interests are being served. Which they mostly are. Most of the time. Pretty much.

But because these are marriages of convenience rather than love, it’s only natural that affections will sometimes wander—especially when one of the spouses is feeling ill-used or neglected by its partner.

The UK, for example, was not a keenly desired bride: she was kept out of the union for years by a jealous and controlling Charles de Gaulle, who didn’t want the EC “corrupted” by the UK. He knew that she’d been carrying on intimately with America, and de Gaulle didn’t want France tangled up in any of that. Only after he’d been four years dead and buried did the UK take her vows; a honeymoon period ensued, but relations gradually soured to the point where she filed for divorce. The EU was genuinely hurt by her betrayal, and sought to make the divorce as painful as possible even while begging her not to leave.

We might paraphrase the EU’s message to the UK as something like, “You filthy, faithless whore! You idiot! You brainless trollop! I’ll destroy you! But please come back?”

Small wonder that other members of the union began to ask themselves, quietly and under their breath, “What in the name of God and the angels have I done, swearing devotion to this monster?”

We’ll see how that plays out: perhaps the monster will reform. Or perhaps there will be more filings for divorce. History is a long game.

That is, the EU will continue to pass laws and rules and regulations, and the nations of the EU will obey them, more or less, now and then, half and half, as it suits them. And when it doesn’t… there’s no use waitin’ up for ’em.