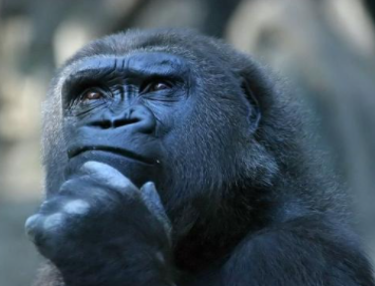 A quick survey of recent American headlines invites a lot of perfectly reasonable questions to which Americans ought reasonably to expect clear answers.

That’s not to say there might not be perfectly reasonable answers, only that they’re not being offered voluntarily and the establishment media show no interest in pursuing the questions.

Because they strike me as obvious and reasonable questions that any reasonable person might ask, and because our establishment media are apparently running low on reasonable people, I’ll pose them myself:

If President Joe Biden is truly on top of things, why has he gone longer than any president in the modern era without holding a press conference?

Why hasn’t there been a Presidential to a joint session of Congress? (That’s the equivalent of a State of the Union when a president is starting his first term.)

Why does the President never appear for the media, or in public, without his wife or some other helper at his side?

Why has Kamala Harris been making phone calls and appearances that have historically been made by the President rather than the Vice-President?

Why haven’t any journalists of the establishment media questioned White House Press Secretary Jen Psaki about the President’s inaccessibility, or his failure to hold the traditional address to a joint session of Congress?

If Joe Biden’s health turns out to be seriously compromised despite more than a year of assurances that he’s just fine, what conclusions may we draw about the people and institutions that were making those assurances?

If fences and walls are immoral and racist when erected on the border, why is the Capitol fenced off from the world with razor wire and armed guards?

Since we didn’t fortify the capital even after terrorists killed over 3000 Americans on 9/11, with one of those attacks on the Pentagon and one (Flight 93) believed to have been targeting the Capitol itself, were we being dangerously naive then, or are we overreacting now?

If it’s okay to block the Capitol from American citizens to protect it from a few bad apples, what’s the moral argument against sealing the border against illegal entry on the same grounds?

If we’re going to let illegal immigrants who test positive for COVID-19 at the border continue into the country, how can we justify keeping citizens under any kind of restrictions at all?

If it’s unnecessary to enforce our borders, why do we insist passport checks at legal entry points like airports?

If the federal government believes American citizens deserve only a one-time payment of 1400 dollars in relief, on what basis are federal employees deserving of 1400 dollars per week for fifteen weeks of paid leave?

If there are no negative effects to raising the minimum wage, why stop at fifteen dollars per hour? Why not fifty? Why not a thousand?

If Ebay is blocking Dr. Seuss books from being sold on its properties because they contain “offensive material,” why are Mein Kampf and The Communist Manifesto still allowed?

If fictional portrayals of cartoon characters can be offensive enough to warrant purging them from books and theme parks, why are Pirates of the Carribbean still a thing? How is an offensive ethnic stereotype more dangerous than the portrayal of rapists, murderers, and thieves as colorful and heroic characters? If we cannot have Redskins, Indians, or Braves, why can we have Pirates, Buccaneers and Raiders?

If we’re going to promote the idea that it’s racist to claim that there’s only one right answer to a mathematical problem, how are we going to design, build, or repair anything when the students produced by that system come into the workforce?

If whites are innately racist, and we need to filter everything they say through the lens of Critical Race Theory, isn’t everything said and written by the bestselling author on the subject (Robin Diangelo, a middle-aged white woman) just an elaborate effort to preserve her own power and privilege?

If we need to purge the names of slave-owners and other alleged racists from public use, when will the Democratic Party, which was founded in support of slavery and worked hand-in-hand with the KKK for decades, and which drafted, passed, and supported the Jim Crow laws, be changing its name? When will Yale University, which is named for a slave trader?

If a biological man can believe he’s a woman, and a biological woman can believe she’s a man, and the rest of the world needs to accommodate those beliefs, why do we consider it a mental illness when people believe they’re kings, or queens, or swans, or lampposts? What is the scientific principle behind the distinction?

President Biden has described the genocide of Uighurs by the CCP as a “cultural difference.” Does no one have a follow up question on that characterization, or what it signifies for American policy?

Do Uighur lives even matter? And if so, why isn’t the NBA taking advantage of their presence in China to promote that message at least as powerfully as they promoted Black Lives Matter in America?

If concentration camps, genocide, slave labor, and the repression of Tibet, Taiwan, and Hong Kong aren’t enough to trigger protests and boycotts of China, will the recent ruling by a Chinese court that homosexuality is a mental illness?

Why is it acceptable that Donald Trump has been banned from most social media, but the Ayatollah Khameini, the North Korean government, and the Chinese Communist Party, have not?

Why was Andrew Cuomo elevated by the media to the level of presidential consideration in 2020, and given an Emmy Award to boot, when New York was (and remains) the second-worst state in the nation at handling the pandemic by almost every metric?

Conservative media were critical of Cuomo’s nursing home directive within days of its publication in March 2020: how did the establishment media miss the story until a Democrat in Cuomo’s own administration acknowledged exactly what the conservative media had been saying?

Why were Republican governors whose states’ pandemic metrics were better than New York’s criticized or ignored while Andrew Cuomo was being celebrated?

Given the fact that the climate has always been, always is, and always will be changing, how confident are we in our ability to distinguish natural climate change from anthropogenic climate change?

What are high school dropout Greta Thunberg’s qualifications on any topic, and what makes her opinions any more valid than those of any other teenager? What is her particular area of expertise?

Is it unifying, moderate, or civil to refer to ideas with which one disagrees as “neanderthal thinking?”

Is there any chance at all that answers to any of these questions will be pursued by anyone in the establishment media?