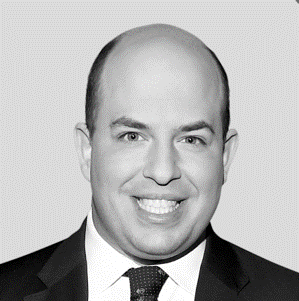 We’re fifty-two days into the Biden Administration, and the American and Danish establishment media are still in thrall to The Man Who Isn’t There—but some cracks are beginning to show.

There are many ways to measure an American president’s accessibility. One way is by counting press conferences. Right now, by that count, President Biden looks invisible.

CNN White House reporter Kevin Liptak shared this note with colleagues on Wednesday: “As we await word on when President Biden will hold his first solo press conference, an analysis of the past 100 years shows he is behind his 15 most recent predecessors, who all held a solo press conference within 33 days of taking office.” Liptak pored through this university database to confirm the data.

Thursday [March 4] will be Biden’s 43rd day in office. “While he has taken questions from reporters on a few occasions, including during sprays and a more formal Q&A session following an event in January, he has not held a formal press conference,” Liptak noted.

I’ve never been able to figure out whether Brian Stelter is so thoroughly partisan that he genuinely believe his foamy propaganda is searing hot truth, or whether he simply lacks the critical faculties necessary to remove the cellophane wrapping of partisan spin off whatever he’s been served before swallowing.

That he of all people, on CNN of all networks, is willing to acknowledge Biden’s unwillingness to face the press directly is significant, even if Stelter no sooner gets the fact out than he begins apologizing for it (before circling back to it):

So what’s Biden waiting for? The passage of a Covid relief bill, possibly. The NYT’s Katie Rogers brought that up when I asked about the press conference drought on last Sunday’s “Reliable Sources.”

After the telecast, I heard from a few viewers who said the press corps should be more patient with Biden, in light of Trump’s odious treatment of the press.

(I seem to recollect that having been a two-way street, but never mind: it’s Brian Stelter.)

It’s true that Trump proved the limits of accessibility, since frequent Q&A’s are barely valuable when the answers are lies. But Trump isn’t the only benchmark for Biden — that’s why I appreciated Liptak’s look way back in time, showing that Ronald Reagan, John F. Kennedy, Harry Truman, and Herbert Hoover, just to name a few, all held pressers soon after being sworn in…

(The ellipsis is his own.)

Saying that “frequent Q&A’s are barely valuable when the answers are lies” was surely just a bit of red meat Stelter was tossing out to his rabidly left-wing audience, but even a devout leftist ought to be able to see how stupid a comment that is. Press conferences are even more valuable when the answers are lies, but only to the extent that the press is honestly assessing what is and isn’t true, and is able to report that credibly back to a public that trusts them.

All of that notwithstanding, Stelter does still stick to his guns, concluding that “In my view, reporters are right to be pushing for more Q&A access, and they shouldn’t let up the pressure. Biden should use the press conference setting to tell the public about what he’s doing.”

That he was allowed to say this on a CNN property suggests that the countdown to the Harris administration may have begun in earnest. Either that or the press is attempting to signal that they’ve finally figured out a way to cover for Biden’s gaffes and incoherences even in a live and ostensibly adversarial forum. (“Just come out and meet with us, Joe: we’ve got you covered.”)

Meanwhile, you will still search establishment Danish media in vain for what Stelter has called Joe Biden’s relative historic “invisibility.” Nor will you find any articles or commentary on the entirely unprecedented military fortification of the capital, the swelling illegal migrant crisis on the southern border, the bombing of Syria, Biden’s dismissal of the CCP’s genocide of Uighurs as a mere “cultural difference,” or, in fact, a critical word of any kind regarding the current American president.

That’s because, as I’ve noted and chronicled amply in the past, Danish news coverage of America is built on a childishly simplistic model: Democrats are Good and Republicans are Bad. Democrats want Good things and Republicans want Bad things. Keeping that in mind, why would the Danish media bother writing about Biden or his administration? Biden is Good, his administration is Good, and any bad stories about them are just Bad Spin by the Bad Republicans. Good News isn’t news, so, ipso facto, there can be no real news about the Biden administration, only the occasional hosannah.

That’s why Stelter’s tiny little blip of criticism is so significant: it suggests that even the left is finally realizing that Biden’s inaccessibility actually needs to be addressed.

Anyone with their eyes open might have noticed this about a year ago, as indeed even the nefariously partisan New York Times did. But back then it was easy to portray the doddering and confused old man’s hiding in his basement as brilliant strategy. It’s not as easy, the “watchdogs” of our noble press seem to be discovering, to portray a sitting president’s refusal to meet the press as “strategic.”

Unless the purpose is to hide his frailty and confusion from the world. In which case it’s not so much brilliant strategy as terrifying necessity.

It puts the press in a real bind.

And it couldn’t have happened to a more deserving bunch of lickspittles.

I had intended all of the above to be a quick and breezy introduction, really more of an aside, on my way to a longer post on a completely different topic. The good ship Quick and Breezy seems to have sailed a few hundred words ago, however, so I’m going to cut myself off here and move on to what I really wanted to talk about in a fresh new post.