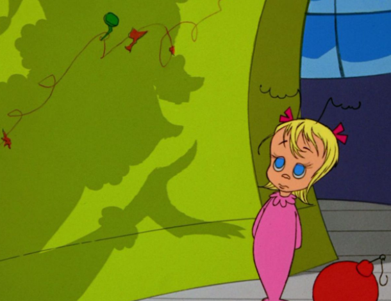 A year ago today, Prime Minister Mette Frederiksen got on television and shut Denmark down.

After a long and wearying preamble expressing all the dangers represented by the Wuhan virus, and the importance of all of working together to protect ourselves and each other, she said:

It is therefore the authorities’ recommendation that we close down all unnecessary activity in these areas for a period. We’re applying a cautionary principle.

It’s been a year of cautionary principle. (And more than a month since we learned that the authorities had not recommended that all unnecessary activities be closed down.)

Meanwhile, an entire generation of kids is being seriously damaged.

Of course the virus is still out there. There’s still risk. But there’s always risk, and if our condition for resuming normal life is the eradication of all risk then we’ll never resume normal life.

Everybody dies, eventually, of something. Disease. Accident. Homicide. Spontaneous combustion. In the whole history of the human race, there’s not a single example of anyone, ever, anywhere, not dying.

The 2017/18 flu was particularly hard on people over 65, like the Wuhan virus, but also on children aged four and under.

And we took it in stride. Life went on. Fifty deaths a week and nobody even talked about it. That’s five more deaths per week than we’ve seen with the Wuhan virus and its mutations.

Is it possible more Danes would have died of (or with) this virus if we hadn’t reacted with such draconian measures? Of course. It is also possible they wouldn’t have. There is no way of knowing how many Danes would or wouldn’t have died if we had just sashayed our way through the past year. Maybe it would have been a holocaust with double or triple the deaths we’ve actually seen, with cascading horrors like people dying of simple infections because the hospitals were overloaded. Maybe the same number of people would have died, but in a frightfully compressed amount of time. Maybe it would have made no difference at all. I don’t think that’s likely, but it cannot be ruled out.

Denmark’s ten party leaders appeared in a TV2 debate last night, on the first anniversary of last year’s lockdown. (I’d post the link, but it’s only available on TV2 Stream with a subscription.)

To kick off the first segment, the moderators brought out an eighth grade student named Andrea and talked to her about how the past 12 months had been for her and what she thought should happen now.

Like all the children of Denmark (and most of the western world), Andrea had had a very difficult year. Difficult enough, in her case, to include a period of suicidal ideation.

We need to go back to school, she said. Even if at first it’s like it was last spring, just four hours a day. We can be creative. But we need to be back in school, and not just one day a week and outdoors (which is what the government has deigned to allow, starting next week).

It was like watching Cindy Lou Who walk in on the Grinch, except this particular Grinch wasn’t just stealing one day of the year from her: it had just stolen one full year of her life.

The moderators then turned to the panel of party leaders with a question that amounted to, Well?

Younger is still a little oblivious to the workings of the world, but was in the living room at this point; she had been captured by the sight of a girl just a couple of years older than her, making her (and their) case to the assembled leaders of Denmark.

Elder is in her first year of gymnasium and has begun learning about government and politics. She’s starting to form her own ideas about them. She, too, found Andrea compelling.

The Prime Minister’s answer was so tied up in hems and haws and mitigations that the only sense Younger and Elder could make of it was that she was not on their side.

The leader of the opposition, Venstre’s Jakob Ellemann-Jensen, was easier to understand: open the schools. And businesses. And so on. Immediately.

“We’re all standing here agreeing that kids need to be back in school,” he said, “so the real question is, why aren’t they?”

And then the moderator pulled on her Grinch hat and asked him (I’m paraphrasing all this from memory, but this is almost a perfect translation of her exact phrasing):

It is no longer March of 2020. We know a great deal about this virus that we didn’t know then, and we’ve known it for a while. We know whom it’s likely to hit hardest, we know where and how it’s most likely to spread, we know what is and isn’t effective against its spread. National lockdowns made sense when we were facing an unknown enemy. They no longer make any sense at all. We also know the lockdowns are doing massive personal, social, and economic damage that could take decades to recover from. There is a whole universe of options on the spectrum between total lockdowns and utter nonchalance. This doesn’t need to be a left-right issue. It shouldn’t be. It’s a question of trade-offs and calculated risks, of weighing various options in the interest of the greater good.

It’s worth revisiting the Cindy Lou Who scene in its entirety:

He cleaned out that icebox as quick as a flash.
Why, that Grinch even took the last can of Who hash!

Then he stuffed all the food up the chimney with glee.
“Now,” grinned the Grinch, “I will stuff up the tree!”

As the Grinch took the tree, as he started to shove,
He heard a small sound like the coo of a dove.

He turned around fast, and he saw a small Who!
Little Cindy-Lou Who, who was no more than two.

She stared at the Grinch and said, “Santy Claus, why,
Why are you taking our Christmas tree? Why?”

But, you know, that old Grinch was so smart and so slick,
He thought up a lie, and he thought it up quick!

“Why, my sweet little tot,” the fake Santy Claus lied,
“There’s a light on this tree that won’t light on one side.

So I’m taking it home to my workshop, my dear.
I’ll fix it up there, then I’ll bring it back here.”

And his fib fooled the child. Then he patted her head,
And he got her a drink, and he sent her to bed.

Children of Denmark, rejoice! The government hasn’t stolen your life; they’re just fixing it up and they’ll give it right back.

So shut up and go back to bed.