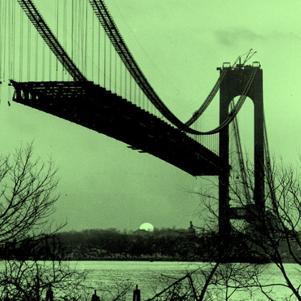 My favorite bar in Copenhagen is Toga Vinstue.

No, I mention Toga Vinstue because it was the first thing I thought of when I stumbled over a particular article on DR.dk today. I’ll get to the article eventually, but let’s ease our way into it.

I thought of Toga because it’s a pub for politicos, a smoke-filled and claustrophobic little joint on a narrow little lane between Nikolai Church and the Stork Fountain in the middle of town, a mere stagger away from Christiansborg, the seat of Danish government.

I only learned of Toga’s existence after my life had been complicated with offspring, so I never had the chance to frequent the place as often as I surely would have in my childless years. On those rare occasions where Herself and I have had a night on the town to ourselves, however, as often as not it ends at Toga.

It describes itself on its own website thusly: “Toga is a good old Danish pub, where everyone is welcome. But it should be no secret that many of our guests have a penchant for a good political discussion and a good mug of beer.”

That’s Danish understatement at its finest.

If you don’t like talking politics or drinking, you will not like Toga. (Or me, but that’s beside the point.)

As someone who enjoys drinking and enjoys discussing politics, and enjoys doing both in the company of people who share those twin enthusiasms, I consider it not just my favorite bar but one of my favorite places in Copenhagen.

It’s something of a Danish institution. At the annual “Folkemødet” on the island of Bornholm, for example, where the Danish political world gathers to mingle with the public, and vice-versa, Toga hosts a tent featuring leading politicians from across the political spectrum as guest bartenders. (Although, it should be noted, not simultaneously.)

But here’s the real beauty of it: Toga’s patrons come from all over the political spectrum. One memorable evening Herself and I found ourselves in conversation with an unlikely pair. The first was an unassuming, owl-faced man whose business it was (he told us) to travel the world fomenting communist revolution. The second was a younger man, wearing mostly leather and chains, who feverishly evangelized the gospel of Ayn Rand. The conversation got bumpy from time to time, and was certainly heated, but that was the pleasure of it.

He’s talking about temptation in that passage, but the same logic applies to ideas. You don’t test the strength of your theories and beliefs by keeping them to yourself, or by sharing them with like-minded people, but by trying them out on people who aren’t naturally sympathetic to them. (This is one of the reasons the self-selecting bubbles of the the internet are so destructive.) You believe in the power of the market? Very well: here is a man who has dedicated his life to establishing a worldwide dictatorship of the proletariat: have a nice chat! You think the world would be improved by the abolishment of private property? Excellent: allow me to introduce you to this young woman who just wrote a thesis on Bastiat.

I say there’s no systemic racism in America. You disagree. Very well, pour us each a tall one and let’s talk it out.

I say competition and free enterprise are the cure to all that ails us. You say capitalism is a crime against humanity. Excellent! Allow me to uncork this single malt and let’s have it out.

If you’d prefer to have our discussion over coffee, tea, or mineral water, that’s fine, too. I guess.

I think I’ve made my point. Now let’s have a look at that article.

America is historically divided: here are three examples of Americans who are fighting to unite the country, Jesper Borup and Sine Skott, DR.dk, March 9

The subhead sets it all up:

A popular movement is smoldering outside the media spotlight. Several organizations, volunteers and politicians have signed up to unite the United States.

To an outsider, they observe, it may appear that Americans want different things, but opinion polls show that all Americans want the two political sides to cooperate more.

Do you see the awkwardness of that?

Democrat: “I want progressive policies, and I want them now.”

Republican: “I want conservative policies, and I want them now.”

There’s no contradiction in both of them also saying, “I want both sides of the political divide to work together on getting me what I want!”

This is the essential problem with the whole “Hooray for Unity!” thing: it conflates unity of our identity as Americans with unity on policy, philosophy, or outlook.

Just five paragraphs in, Borup and Skott tip their hand as to which kind of unity they’re talking about by citing Denmark’s leading misinformationist on all things American: the execrable David Trads.

There’s a struggle for America’s soul between those who want the United States as it once was, and those who want to make room for women and minorities on an equal footing with white men. The nation is historically divided.

Got that, Denmark? It’s a struggle between good people, who like women and minorities, and bad people, who don’t.

(Remember: DR is taxpayer-funded, and their coverage of America is completely even-handed because their taspayer-funded ombudsman looked into it and said so.)

And yet that’s where the article claims to be taking us: to the wonderful world of organizations that are “working to build bridges over the chasms in America – and maybe even with the same level of engagement with which others have dug those chasms over the last many years.”

Those organizations are Unite America, No Labels, and the Bipartisan Policy Center.

They may as well be Unicorn Hunters, Shangri-La Mappers, and Kraken Riders.

I’m familiar with No Labels and don’t believe for a minute that they have any interest in any actually conservative policy ever being adopted again: the “Republicans” in their midst are generally about as conservative as the average Democratic voter. They did manage to create a “Problem Solvers Caucus,” a politically balanced group of 28 Democratic and 28 Republican members of Congress, mostly back benchers, who seek to forge policy solutions amenable to both parties.

Unite America doesn’t like the state of American politics and wants to change it by restructuring it: changing voting and districting laws, for example, and making it easier for everyone to vote. But voting is easy: the idea that it’s hard is itself a partisan position—even racist, insofar as it’s mostly white progressives complaining that minority would-be voters lack the means or intelligence, or both, to figure out how and where to register to vote, or how to use the internet, or how to get state identification. I’m not making that up: please watch this video all the way through:

(And it was just a few days ago that Joe Biden expressed his belief that a lot of people in the Hispanic and African-American community “don’t know how to get online” to seek vaccination information. Let’s not forget that he also believes about a third of black, male Midwestern voters aren’t even black!)

But never mind all that: the problem with Unite America is that they’re approach is basically: “we don’t like the results we’re getting from our system, so we want to change the system, even though we have absolutely no idea what kind of results our changes would bring about.”

Last time I checked, America was still the world’s wealthiest and most powerful nation. Quick, change everything!

The Bipartisan Policy Center sounds like the most pragmatic and practical of the three organizations, since all they seem to want to do is bring Republicans and Democrats together on issues they can agree on. I see no harm in that—nor much value. Republicans and Democrats are self-interested and self-serving enough to snatch the low-hanging fruit of bipartisan agreement wherever they can find it; the trick is bringing them together on more contentious issues. What’s the middle ground on late-term abortion? Single-payor healthcare? Nuclear power?

The article concludes as it began, with the wisdom of the Execrable Trads:

David Trads has looked closely into the above initiatives, which are fighting to change and unite America. He calls them “necessary.”

“It’s wonderful, what they’re doing. There is to some degree a need for some hands reaching out and trying to find out what one can discuss with the other side. But I’ll also say: Good luck with that, because they’re up against powerful forces,” he says, and he goes on:

“They’re up against an America where most voters listen to what their political idols say, regardless of whether or not that’s got a factual basis. That which America lacks is politicians who make big agreements across the middle.”

David Trads therefore believes that the Problem Solvers Caucus has the greatest chance of getting the traction required to unite the country.

I’d like to see David Trads acknowledge that voters who “listen to what their political idols say, regardless of whether or not that’s got a factual basis,” are found in equal measure on both sides of the political divide.

I’d like to, but I won’t. I’m not going to print all the receipts here, but spend a few minutes browsing his Twitter feed (I won’t link to it: it’s a cesspool) and ask yourself if you believe this is man who is not himself deeply in thrall to his own political idols.

I also find it interesting that Borup and Skott confined themselves to the legislative aspect of America’s current divide, when the much more troubling phenomenon is the massive cultural chasm.

Politics is downstream of culture, as Andrew Breitbart pointed out. Working to try and get politicians from adversarial parties to work together, or to restructure how we vote, is well and good, but the American divide is way beyond politics at this point.

There’s a totalitarian impulse afoot in the land, and it’s not coming from politics, although it’s certainly expressed there. It’s coming from something else. I don’t claim to know what (I have my thoughts, and I’ve shared them in the past, and will continue to share them, but I have no overarching Grand Theory of What’s Wrong). But the biggest chasm we need to bridge is not between Republicans and Democrats, but identitarians and individualists.

Do you believe that what matters most about a person is the color of their skin, their sex, their sexual orientation, their religion, or all of the above? Then you’re an identitarian.

Do you believe what matters most about a person is who they are, manifest as what they do and say? Then you’re an individualist.

And the twain shall never meet.