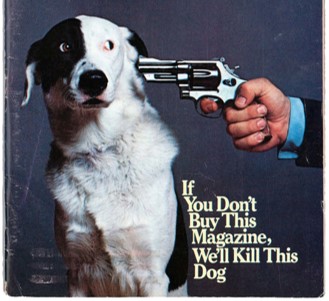 For those of you not in Denmark: there’s been a dramatic increase in Wuhan virus cases in Vollsmose, an immigrant-majority community in Odense (the third largest city in Denmark), even as things have been simmering down throughout most of the rest of the country. Those cases in Vollsmose apparently include all the exciting new variants and mutations. There’s concern that this flare-up in that community could, if unchecked, spread throughout the rest of the country and undo whatever progress has been made.

The Health Minister’s recommendation was that there should be mandatory testing of everyone in Vollsmose. The Folketing’s Epidemic Committee voted that down yesterday.

Per Larsen, who appears to be the only Konservative Folkeparti member on the Committee, said:

We’ve made it a whole year without handing out fines to people. Why should we do it now, when we’re on much more solid ground than we have been for a long time?

Good question, but far too reasonable. Fortunately it wasn’t a left-right issue within the committee: Peder Hvelplund of the far left Enhedslisten was also opposed, and his reasoning was more to the point (the terse structure is because it was issued in tweet form):

Coercion must be a last resort. Hence a minimum intervention principle in the Epidemic Act. The government’s rationale was just too thin and couldn’t prove why coercion was necessary. If you live in Vollsmose – take it seriously – get tested and go into isolation if you are infected.

The two are comparable in some respects: refusal to get tested, like the refusal to wear a seat belt, can have social costs that go beyond the individual refusing to play along: one may become a spreader of the virus, the other may be killed in an otherwise survivable accident, with cascading effects on his or her family, friends, and colleagues (to say nothing of possibly traumatizing any other people involved in the fatal accident).

There is, however, an important distinction: one is only required to wear a seat belt while driving a car. If you never get behind the wheel of a car, no one’s going to come along and force a seatbelt on you. No one’s going to fine you for failing to buckle up before strolling down the street.

A careful person, fastidious about masking and washing and social distancing, confining himself to a carefully curated social bubble, has no need to be tested. (If you think he does, you’re suggesting that social distancing, social bubbling, masking, and hygiene aren’t effective, which would make testing the least of our problems.)

So imagine Test Force Agents coming to the home of such an individual along with their mandatory test kit.

“Test Force Alpha!” they bark at the door, “Open up for your mandatory test, citizen!”

“No thank you,” says our citizen, without opening the door even a crack. “I’m being very careful, so there’s no need to test me, but thank you for your concern.”

“We have to test everyone,” says Agent One, “and everyone in Vollsmose must be tested.”

“Yes,” says the citizen, “I understand, but there’s no possible risk of my being infected, I’m much too fastidious and careful. So thanks again for stopping by, but no need to waste any further time here.”

“Citizen!” roars Agent Two, “Your refusal to submit to this test is a betrayal of your fellow citizens! Don’t you understand you’re putting lives in danger?”

“No,” says the citizen, “I do not. I have been working very hard for one full year to keep myself free of the virus, for the sake of my own health and for the health of my fellow citizens. I have done all that the government has asked, and more.”

“That may be,” says Agent One, “but we have no way of knowing that.”

“I disagree,” our citizen replies. “I have told you it is so, and therefore you know.”

“How can we trust you?” roars Agent Two.

“If you can’t trust me,” the citizen answers, “then I think we’re approaching the real problem here.”

“And who exactly is we?” asks the citizen.

“Yes,” the citizen answers, “and you therefore answer to me. And I tell you I do not wish to be tested because there is no need to test me. Good day.”

I wouldn’t want to guess where this imaginary encounter would go from there, but I don’t suppose it would be anywhere good.

So here’s to the majority of the Folketing’s Epidemic Committee for standing athwart Coercion and yelling “Stop!”