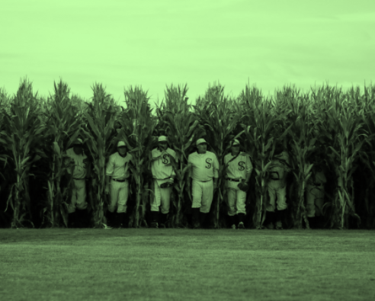 In accordance with his campaign promises and the will of the American public, Donald Trump attempted during his time in office to shore up the nation’s southern border to reduce and discourage illegal immigration.

In July of 2019, for example, when things along the Mexican border were nowhere near as bad as they are right now, 39% of Americans considered “the situation at the U.S. border with Mexico” to be a crisis; an additional 35% considered it to be a major problem. That’s 74% of the country. Another 18% considered it a minor problem. Only 7% did not consider it a problem.

In November of 2019, 68% of Americans believed that increasing security along the U.S.-Mexico border was very or somewhat important. There was a clear partisan divide, with 91% of Republican/Lean Republican respondents saying it was very or somewhat important versus only 49% of Democrat/Leaning Democratic respondents. Fully 95% of those describing themselves as conservative Republicans fell into the same category, along with 60% of those describing themselves as conservative or moderate Democrats.

In any case, the left’s response to Trump’s border efforts was telling: for most of his tenure they called it racist, then during the 2020 campaign Democrats signaled they would address the problem by waving the magic wand of de facto decriminalization. From the far-left “open borders” crowd, to Nancy Pelosi’s insistence that walls were immoral, to the left’s agitation for increasing the rights of illegal aliens already in the country, the message wasn’t subtle: a President Biden wouldn’t necessarily invite illegal immigrants, but his administration and allies and supporters would damn sure do what they could to make the illegal immigration experience less painful than it had been under the cruel, heartless Trump, and they would do everything they could to put illegal aliens already in the country on an equal footing with citizens. Let them vote and get driver’s licenses. And prevent Immigration and Customs Enforcement (ICE) from doing their job by establishing “Sanctuary Cities.”

“There will not be another foot of wall constructed on my administration,” Biden told NPR last summer, and on his first day in office he signed an executive order to that effect.

Unsurprisingly to anyone with a jot of common sense, hordes of migrants began making their way northward as soon as the cruel dictator was overthrown. They are now pouring over the southern border in record numbers.

Such numbers, in fact, that the story can’t be ignored. Wonderfully enough, even Berlingske has seen fit to report on the story… after their fashion:

(The actual words he used in English were “Don’t come over,” but I’m not quoting Biden, I’m translating the headline.)

Coogan’s article is sourced, as usual in Berlingske, almost exclusively from the house organ of the Democratic party: the New York Times.

And the quote is accurate: Biden did say “Don’t come over” that in the course of a Sunday interview with adoring Democratic mouthpiece George Stephanopoulos:

GEORGE STEPHANOPOULOS: It’s going to take some time though to get those policies in place again. Do you have to say quite clearly, “Don’t come”?

PRESIDENT JOE BIDEN: Yes. I can say quite clearly don’t come over. And the process of getting set up, and it’s not gonna take a whole long time, is to be able to apply for asylum in place.

Biden’s proposed solution is as convoluted as his English: tell people who are considering coming to our country illegally to sit tight because soon they’ll be able to apply for legal immigration right down the street at the local American Asylum Application Center. That’s great news for legal migrants, I’m sure, but how does it discourage people from trying to sneak in illegally?

Nowhere in the article are the Biden campaign’s overtures to more lenient policies with respect to illegal immigration cited as a possible cause of the current crisis. Instead, we get the administration’s own spin on the cause:

Developments at America’s southern border are the result of the number of migrants heading to the United States from central America that has been increasing since April 2020.

Many thousands of inhabitants of countries like Honduras, El Salvador, Mexico, and Guatemala are fleeing poverty, violence, and corruption. At the same time, the area has been struck by several natural disasters.

Poverty, violence, and corruption are hardly new phenomena in those countries. Nor are natural disasters. Something must have changed to inspire all those “inhabitants” (Coogan does not use the word “citizens”) to migrate north. But Coogan’s not interested in what that might be because, like everyone else at Berlingske, he’s content to accept the administration’s spin at face value, because that’s what the New York Times does, so it must be right.

(If you doubt that’s the administration’s spin, here’s Biden himself from that same Stephanopoulos interview: “Why are they leaving El Salvador, Guatemala and Honduras? Because they’re in terrible circumstance, either because of natural disasters and hurricanes, gangs or violence.”)

Also unmentioned in the article: that illegal immigrants who test positive for COVID are simply being released into Texas. This is a matter of public record that can’t be disputed: therefore it’s spun. Oh, boy, is it ever spun!

FEMA assures Americans that the positive rate for these border-hoppers is around 6%, which is a little bit lower than the Texas average.

Establishment media happily parrot this factoid as though it’s grounds for reassurance, and simply regurgitate the administration’s other talking point as ABC news did in a headline: “No evidence migrants at border significantly spreading virus.”

That’s some Pravda-level wording (I’m getting flashbacks of Bill Clinton reminding us that “it depends what the meaning of ‘is’ is.”).

“No evidence” doesn’t mean it’s not happening, or can’t, or won’t, or that it isn’t something we should be concerned about. And how much weight is that “significantly” carrying? This spin attempts to put a soothing gloss on things without addressing any of the real concerns underlying them.

“There’s a man here says he’s gonna shoot me if I don’t give him my wallet.”

“There’s no evidence he actually has a gun, and armed robberies don’t have a significant impact on the economy anyway.”

The spin is so obvious, apparently, that Coogan has chosen simply to ignore the issue altogether: the infected immigrants don’t appear in his article.

President Biden has asked for time and patience to solve the problem and has blamed the Trump administration for having dismantled the entire immigration system in its attempt to keep migrants out.

In fairness to Coogan, he’s only telling us what Biden has said. He’s not saying it’s true. In all the Trump coverage I’ve seen in Berlingske, I can’t remember a single instance of Trump being quoted without immediately providing a Democratic rebuttal.

Facts are facts. The Trump administration didn’t dismantle the immigration system in an attempt “to keep migrants out.”

But it’s what Coogan read in the Times, so it must be true, and Berlingske will run with it. “Fact check? We don’t need no stinkin’ fact check: we read it in the Times!“

And suddenly Danes “know” that Trump “dismantled” the immigration system in order to block migration to America, which makes about as much sense as dismantling your car to take a road trip. But it casts Trump in a bad light and makes Biden sympathetic and therefore must be true.

I don’t mean to be quite so hard on Coogan. At least takes the trouble to cite several Republicans in the article: House Minority Leader Kevin McCarthy (whose district is just north of Los Angeles) and Senator Joni Ernst of Iowa. It’s only their reactions to the scene at the border that get cited, not their criticisms of Biden or his administration, but at least they’re not presented as bloodthirsty predators, violent insurrectionists, or illiterate hicks.

I’ll take my victories where I can find them.