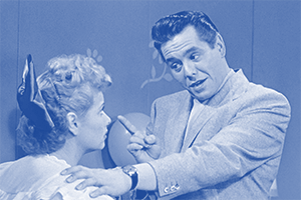 Denmark’s Health Minister Magnus Heunicke has some splainin’ to do… but I’m not holding my breath for his ‘splanation.

As I mentioned in a post last week, the Minister pushed the Folketing’s Epidemic Committee to approve his call for mandatory virus testing of the residents of Vollsmose, an immigrant-majority community beleaguered by a spike in cases.

The proposal was, happily, blocked by a majority vote of the committee. I concluded my post last week with a shout out to the Folketing’s Epidemic Committee “for standing athwart Coercion and yelling ‘Stop!’ “

Bad enough that a cabinet minister had been urging compulsory testing on his fellow citizens: now we learn he wasn’t even doing so in good faith.

Heunicke cuts off the Folketing from external experts’ “decisive” input on coercive measures in Vollsmose: “I am shaken”, Martin Borre, Berlingske.dk, March 16

Long story short: the Minister prevented the Epidemic Committee from consulting directly with the two professors who he claimed—falsely, as it emerges—had recommended coercive testing in Vollsmose.

But Heunicke didn’t let them speak to the committee.

Magnus Heunicke denied that the committee could talk to the two experts and hear them elaborate on their views. Instead, he interpreted the statements of the two experts as though they’d recommended the [coercive testing] measures, the sources explain.

Magnus Heunicke did not want to comment on why the Epidemic Committee was not allowed to talk to the professors.

Probably because his reason was something along the lines of, “they weren’t giving the advice I wanted them to.”

Magnus Heunicke did not want to comment on the case.

The Ministry of Health sent an email that didn’t answer why Heunicke would not grant the Epidemic Committee’s request to speak to the two external experts, and why the chairman of the Epidemic Commission, the Ministry of Health’s department head, did not accept the offer from the two external experts to appear before the committee.

Instead, the ministry wrote that a committee in the Folketing can request a minister for a technical review with the participation of relevant agencies.

In other words: “Talk to the hand.”

There’s a lot of that going around these days, in Denmark and America and everywhere else where governments have claimed extraordinary powers to deal with the pandemic.

I’ve said over and over and over again in private life and on this blog that when the dust finally settles, we’re going to have to forgive a lot of people for actions that were undertaken in good faith but turned out to be counter-productive.

I have never said, and never would say, that anyone should be forgiven for actions undertaken in bad faith: for elected officials and unelected administrators who, even with the best of motives, knowingly and deliberately misled the public or played fast and loose with laws, rules, and regulations.

On the contrary, I think we should be even harder than usual on anyone who has used these extraordinary powers inappropriately, just as there are often higher fines for speeding in areas undergoing roadwork. It’s important to let our governments know that although we’re willing to grant them additional authority in emergencies, that comes with extraordinary responsibility. We give them super powers, they damn well better be super accountable.

But they won’t be.

We still haven’t had an accounting from Mette Frederiksen for having lied to us about “the authorities” having recommended the lockdowns she imposed on Denmark one year ago. We’re clearly never going to see her held to account for having unilaterally liquidated the Danish mink industry. And probably Magnus Heunicke will get away with having misled a government committee to try and force invasive testing on the Danish citizens he’s supposed to be serving.

Just as, in America, New York Governor Andrew Cuomo will probably pay no real price for his disastrous nursing home order and his attempted cover-up of the consequences. Now that everyone’s called for his resignation (mostly for sexual harassment), and he’s said no thanks, is it likely a Democratic fiefdom like New York is going to hold him to any serious reckoning?

We’re not doing ourselves any favors by letting our governments abuse the authorities we’ve granted them, but that seems to be the way we’re going. Like it’s no big deal that a guy wanted the government to force people to submit to medical tests, and force them into isolation if those results were positive, and because he knew it was the right thing to do, he just had to get around those pesky experts who didn’t agree.

Every abuse we allow just makes it that much more likely there’ll be further abuses. By letting these things slide, we’re only perpetuating our own abuse.

On the other hand, this story just came out today. Maybe it’ll generate enough heat to make something happen.

But like I said, I’m not holding my breath.