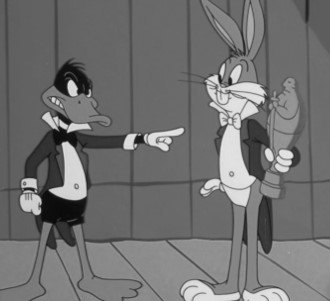 Nothing excites the Danish press more than international recognition, so the headlines this Monday morning were overflowing with coverage of the “Best International Film” Oscar awarded to Druk (the English title of which is apparently “Another Round”) at Sunday’s Academy Awards ceremony:

Thoms Vinterberg wins an Oscar for Druk: “This here is bigger than anything I could imagine”
Politiken.dk, April 26

Druk wins the world’s most prestigious film award: “We made a film that pays homage to life”
DR.dk, April 26

As a dual national, however—and, I suppose, as a mild neurotic—I always fret that whatever is behind those headlines is going to color the way Americans think about Denmark.

Whenever I watch Danish movies, there’s always a certain part of my brain looking out for the generalizations that Americans will have made about Denmark on the evidence of the film.

That’s not really an issue with Vinterberg, whose naturalist inclinations (with or without Dogme conventions) ensure that his movies are mostly pretty honest portrayals of Danish life.

What are Americans going to take away about Denmark from Druk? That Danes drink? That middle-aged Danish high school teachers can get to feeling a little down on themselves? That Danes can sing their national anthem with reverence? That Kierkegaard is taught to Danish teens?

From the American coverage I’ve scanned so far, there don’t appear to have been any negative or inaccurate inferences about Denmark drawn from the movie. That’s a big relief.

And Vinterberg’s acceptance speech was heartfelt, emotional, and entirely devoid of politics or activism of any kind. That’s an even bigger relief.

But we’re living on borrowed time: sooner or later, someone over there is going to stumble over Terkel i knibe, and that’ll be the end of America’s love affair with Denmark.

Makes you wonder about the old attractions
New attraction on Falster: now you can bike on the old train tracks
TV2News.dk, April 25

Neverthless, she persisted?
The bat woman knew full well that there would be a life-threatening pandemic
Politiken.dk, April 25

I didn’t know that was a category
Anthony Hopkins wins Oscar as the oldest actor ever
DR.dk, April 26

Let’s be careful out there
There are weird volcanoes all over our solar system
Jyllands-Posten.dk, April 26

But monogamy is still acceptable
You may now see up to ten people, says Health Ministry
TV2News.dk, April 26

They really need to resume their educations
“What the fuck is a parish?” Students protest the closing of their school
Politiken.dk, April 26

Dewarded
We’ve all learned the vocabulary of the new left: words and phrases like safe spaces, deplatforming, othering, misgendering, intersectionality, and lived truth have gone more or less mainstream.

One thing we don’t yet have a word for, however, that’s been occurring with numbing regularity, is the retroactive withdrawal of an award or honor that had been bestowed upon someone no longer considered worthy.

I humbly submit the verb “to deward” to fill that vacuum. Sample usage: “She’d been awarded the prize in 2012, but when they learned she’d voted for Donald Trump they had to deward her.”

What brings this to mind is the sad case of noted atheist and activist Richard Dawkins, who posted the following tweet a couple of weeks ago:

An article that appeared in Berlingske yesterday, by Esben Vest Billingsøe, describes how the American Humanist Association revoked Dawkins’s 1996 “Humanist of the Year” award on account of the tweet.

The AHA justified their reasoning in a press release that stated, according to the article, that Dawkins’s “recent opinion suggests that the identity of transgender people is deceptive, while at the same time attacking black identity as one that can be acquired when convenient. His subsequent clarification is inadequate and contains neither sensitivity nor sincerity.”

Billingsøe refers to the AHA as “a large antireligious organization,” and points out that part of their own mission is to be “advocates for equality of freethinkers.”

Nothing supports freethinking like revoking awards from people whose thoughts have roamed too freely.

Billingsøe spoke with LGBT Danmark’s sekretariatschef (which might be loosely translated as “administrative director”) Susanne Branner Jespersen, who says:

When I read the tweet, I automatically understand that this is a person who understands gender very narrowly – that is, as a result of your physical body, ie. a gender perception where genitals determine your gender. That gender perception is far from exhaustive. So it’s not us – the LGBT + movement – who come up with something we think could be fun. It is by far the largest predominant piece of science in the field of gender, saying that gender is a quantity defined by an interplay between body, identity, and expression. And that Richard Dawkins indirectly denies in the sentence I am pointing to here

Jespersen then explains that LGBT Danmark doesn’t support “cancel culture” and notes that they themselves have given out awards in the past to recipients whom “we would not in any way give the prize to today.”

(Based on American trends, I assume that what Jespersen actually meant was that LGBT Danmark doesn’t support cancel culture yet.)

Think of it: Richard Dawkins (a man of whom I am absolutely not a fan) says that you will be vilified if you deny that a man who identifies as a woman is not literally a woman.

He is promptly vilified and dewarded—not for saying that such a man is not literally a woman, but for saying that someone who did say so would be vilified. And he’s not just vilified by your run-of-the-mill Twitter troll mob, but by an organization claiming to advocate for free thinking.

Now we just need a word for dewardings that turn out to prove the very point the dewarders found objectionable.