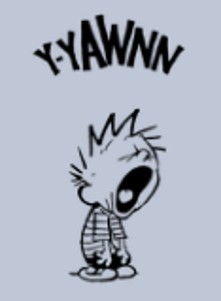 Analysis: Trump was noisy and stood as a promise-breaker after 100 days. Biden is boring – but has created change, Michael Bjerre, Berlingske.dk, April 28

Bjerre says that, in contrast to the noisy predecessor, American now has a “boring” president who is “driving his ambitious agenda forward in a subdued manner.”

He adds: “Whether or not one likes these changes.”

Calling Joe Biden boring (or subdued) seems to be the agreed-upon way of excusing the president’s limited and tightly controlled exposure to the public. He’s not being kept under glass because he’s teetering on the edge of dementia or senility; perish the thought! He’s just a dull but fiercely competent executive toiling ceaselessly (as nap-times allow) on behalf of the country he wants so badly to unite.

His yearning for unity is manifest in everything in does:

In ramming a far-left agenda through the Congressional majority that his party holds by a sliver of a whisper of a thread.

In lying about voter ID (which at least 70% of the American public supports) and comparing it to the Jim Crow policies his own party developed and put into practice.

In asserting that his own country is a swamp of systemic racism.

In ascribing racist motives to crimes and police actions where there is no evidence to suggest that race played any role at all.

In keeping the U.S. capitol under military occupation.

Americans are practically drowning in unity!

Bjerre says that Biden “seems to be successful in creating change by not stirring the waters too much and by letting normal bedtime be normal bedtime.”

“Not stirring the waters” is apparently a synonym for “not being under ceaseless attack by the unhinged left,” because there’s not a Republican politician or conservative commentator I’m aware of (beyond the inconsequential NeverTrumpers) that doesn’t feel that this president and his administration are whipping the waters up with cyclonic intensity.

(I have no idea what Bjerre is getting at by suggesting that “letting normal bedtime be normal bedtime” has contributed to Biden’s success in creating change. I think I’d rather be left in the dark than have that bit of analysis explained to me.)

In listing Biden’s achievements, Bjerre includes the president’s reversal “of a set of his predecessor’s sharpest immigration policies,” without pausing to consider the implications of something he acknowledges toward the end of the article, namley that Biden is being “pressed on one point especially – a wave of illegal immigration over the border from Mexico after having eased Trump’s immigration policy.”

The apparent contradiction seemed a little discordant to me on first reading: was I supposed to admire Biden for reversing Trump’s policies, or pity him because of the way it blew up in his face?

Then I reread the article and realized it wasn’t discordant: it’s the melody of the whole piece. The theme. The leitmotif.

Bjerre’s analysis is basically this: Biden has rammed a whole bunch of things through, delivering on his campaign promises. And he’s probably going to keep doing it because he could very well lose Congress in 2022.

Bjerre is not among the worst of Danish media’s American correspondents, not by a long shot, and he does take time in this article to explain how slender Biden’s Congressional majority really is (and how vulnerable it is to a reversal in 2022). He even acknowledges “the Manchin problem.” And although he doesn’t offer any qualitative assessments of the policies that Biden and his administration have been passing and proposing, neither does he approve or endorse them the way a Steffen Kretz or David Trads surely would have.

But look at his conclusion:

…today the 78-year-old president and veteran of 36 years in the Senate appears dull and clearly doesn’t have the sharpness he had in earlier times. But maybe he’s just become wiser with age.

I’m willing to concede that Biden’s administration is getting a lot done. I can also state quite plainly that a great deal of it is stuff that roughly half the country would prefer not to have done.

If the right behaved like the left, Biden would already be facing impeachment, celebrities would be expressing their wish to have the White House blown up, Biden effigies would be burning all over Europe, the media would be running endless “exposés” on Chinese and Ukrainian collusion (when they weren’t publishing anonymously-sourced and mostly fictitious leaks), and women would be marching around in vagina hats screaming non-sequiturs about Tara Reade.

But the old man might yet fire them up enough to make them more interesting.