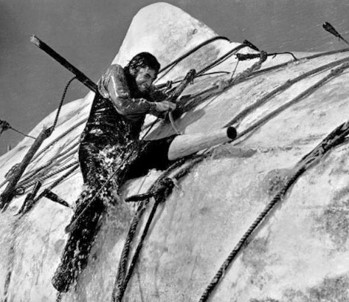 The view of America from Danish media is almost invariably wrong. Coverage isn’t just unintentionally inaccurate or incomplete—notice I said just—but also often wildly misleading. Whether that’s because they source so much of their American material from partisan sources or because Danish journalists and editors are themselves all wildly partisan is irrelevant: the end product suffers for it, and Danes are the less informed for it.

I’ve been documenting examples of that bias for ten months, so I feel no need to back myself up with specifics on this point: the whole damn blog is my backup.

An article in today’s Berlingske is just another brick in the wall:

Senior Republicans with a clear message: We must make a choice – Trump or the truth, Kalinka Aaman Agger, Berlingske.dk, May 6

In America, internal power struggles are escalating in the Republican Party, where a successor to Donald Trump and a guideline for the party’s future must be found. Congresswoman Liz Cheney is now speaking up in an open letter in which she once again puts a full court press on the former president and his supporters.

Agger begins her article with a very terse profile of Cheney, who is presumably an unfamiliar figure to most of Berlingske’s readers.

Two facts, and only one of them wrong!

To flesh that out just a little: Liz Cheney is indeed the daughter of former Vice President Cheney. She was first elected to Congress from Wyoming’s “at large” district in 2016. (Wyoming’s population is so small that it is one of just six states apportioned just a single seat in the House of Representatives.) She was re-elected in 2018 and 2020. She is the House Republican Conference Chair, which makes her the third-ranking Republican member of the House of Representatives, and the highest ranking woman in Congress. She is not, however, the third-ranking member of the Republican Party as a whole, which is how Agger describes her.

It’s not a giant error, but it’s wrong, and these things add up.

In laying out all the drama around current efforts to get Cheney bumped from her role as Conference Chair, Agger makes no mention at all of the February vote that kept her and the controversial Marjorie Greene-Taylor in the Conference, despite the fact that a lot of the dynamics driving the current drama derive from what happened in February.

[Other Republicans] in favor of her ouster said the February vote on her leadership post coming the same week as members were slated to take a floor vote to remove Rep. Marjorie Taylor Greene (R-Ga.) from committees for past controversial remarks swayed members that were on the fence — with some raising concerns about the optics of saving Greene but not Cheney.

Kevin is Kevin McCarthy, Minority Leader of the House, and reports are that he “saved” Cheney in February with a powerful speech supporting she retain her role as Conference Chair.

As the Wall Street Journal noted yesterday, however, McCarthy’s sentiments have undergone a sea change:

“There’s never been any required loyalty test for Liz or anyone else to wake up every morning and praise Donald Trump, but there’s no reason to give him the middle finger every day and create a distraction when the rest of us are trying to win back the majority,” said Rep. Lance Gooden (R., Texas).

On a personal level, there were irritants, too. In the days after the February vote, which Ms. Cheney won to keep her post by a decisive vote of 145-61, Ms. Cheney failed to thank Mr. McCarthy for backing her, irking the top House Republican, according to people familiar with the matter.

It’s a lot of “inside baseball” stuff, and probably more than the average Berlingske reader really wants or needs to know, but it’s obviously important in understanding the current pressure to take the chairmanship away from her.

But let’s examine how Agger chose to present the story:

She notes that ever since her vote to impeach Donald Trump in January, she’s been “repeatedly opposed by her own party, which is now trying to have her removed from the top.”

“With that background,” Agger writes, “Liz Cheney warns in an open letter in the Washington Post that Republicans stand ‘at a turning point’: the party must decide whether it supports “Trump or the truth.”

Liz Cheney did indeed write that, and the Washington Post did indeed publish it.

Agger quotes a little more from the “open letter,” then spends a paragraph first describing Trump’s persistent belief that he was robbed of the 2020 election by fraud and then explaining that although his claims have no basis in reality, six in ten Republican voters believe them.

“History is watching us,” Cheney tweets, “We must decide whether we are going to choose truth and fidelity to the Constitution or join Trump’s crusade to delegitimize and undo the legal outcome of the 2020 election, with all the consequences that might have.”

You may have begun to sense a theme here: one is either on the side of truth and the Constitution, or the side of Trump. That’s Cheney’s point of view, and she’s entitled to it, but Agger makes no effort to test or validate the claim. She simply serves it up to her readers as settled science: there are Republicans who care about truth, and Republicans who care about Trump, and that’s that.

The rest of her article is mere piling on, with more quotes from Cheney, from the Guardian, and a wrapping it all up with a tweet from Illinois Congressman Adam Kinzinger: “On January 6th, both @GOPLeader and @RepLizCheney condemned the former guy’s words. @RepLizCheney hasn’t changed her tune like @GOPLeader quickly did. They are trying to remove Liz for telling you the truth, consistently.”

Liz Cheney isn’t fighting a crusade for THE TRUTH. She doesn’t like Donald Trump and believes he’s a net negative for her party (among other things). She’s entitled to believe that. Plenty of Republicans agree with her. A very large bloc of the party disagrees with her, however—as they are entitled to.

Gooden’s quote, cited above, states things very practically: Republicans don’t have to swear loyalty to the Dread Tyrant Trump, but obsessing on him to the exclusion of other (more important) issues isn’t going to help Republicans recapture the House.

And that’s what all this “inside baseball” is about: whether the Republican party should be investing its energy in some kind of purgative to rid itself of Trump’s influence, or in recapturing the House and putting the brakes on the most radical administration in at least half a century.

If ritual denunciations of Trump could unite the party and ensure a truly conservative Republican Congress in 2022, that would be one thing. If the same effect could be produced by wearing MAGA hats from now until election day, that would be another. But neither of those things is going to work.

The whole either/or approach of Liz Cheney, which Agger accepts as an accurate assessment of the facts on the ground, is foolish and facile, so of course the media are running with it.

“The question now before us is whether we will participate in Donald Trump’s crusade to delegitimize the legal outcome of the 2020 presidential election with all the consequences it may have.”

That’s not “the” question now before us. In fact, the number of Trump supporters insisting that Joe Biden is not the actual president at this point, just a few months after his inauguration, is just a tiny fraction of the number of Clinton supporters who insisted Trump was an illegitimate president for the entire duration of his term.

Republicans are capable of separating their opinions of Donald Trump from their opinions about other things. They can, like everyone else, compartmentalize.

If Liz Cheney wants to head up a weekly coffee klatch where like-minded Congressional Republicans come together to denounce the Dread Tyrant Trump, that’s fine. But if she wants to make that kind of thing the focus of Republican energies, while the most radical administration in half a century keeps smashing through the guardrails of our republic, then it’s probably best to replace her with someone less distracted.

The idea that Republicans can’t move forward on anything until Liz Cheney’s contempt for Trump has been vindicated is, from a Republican point of view, just silly.

But it serves Democratic interests wonderfully, which is why it’s all we’re hearing from the establishment media in America.

And, alas, from Berlingske Tidende, doing its best as always to keep Denmark as misinformed as possible about American conservatism.