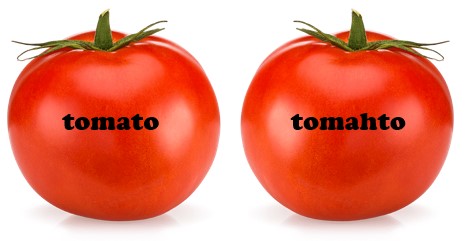 But I would never call myself, or consent to being called, a “right wing extremist” or “far right extremist,” because that would be inaccurate. Nor would I identify myself categorically as “an extremist.”

I am, to the best of my knowledge, a human being, and as such I have many opinions. I freely acknowledge that some of them may be so strong that human beings with contrary opinions might consider them extreme.

“There goes that Greg Nagan: he’s a free speech absolutist. What an extremist!”

The extremes on both (or multiple) sides aren’t always equal and opposite, but any idea or issue with enough polarity to create extremism in one direction must logically allow for oppositional extremism.

Backing up a little to my willingness to be called an extremist in some ways but not in others, we get to one of the real problems with extremism: its relativism. In their hearts, few people you would readily call “extremists” see themselves as such. Nobody who genuinely believes that every abortion is the literal murder of a human being can seriously consider him-or herself an “extremist” for doing everything in their power to end all abortions everywhere; nor can anyone who believes that a fetus is no more human than a cyst be reasonably expected to consider their support for abortion-on-demand to be “extreme” under any circumstances. It is the former who consider the latter extremists, and vice-versa, for very obvious reasons.

With me so far?

You kids in the back, you still following?

Is that because there’s more than twice as much far right extremism in the anglophonic world as there is far left extremism? Or it because leftists are more prone to label opinions contrary to their own extremist?

Because it’s an innately relative term, there’s obviously no objective standard by which we can establish where the limits of extremism lie, in politics or anything else.

That makes it a pretty useless word for journalists to throw around, which is probably why they use it so often.

I’ve talked in previous posts, for my example, about the absurdity of calling the Danske Folkeparti a “far right” party (as most English language news media do) just because they take a hard line on immigration and assimilation issues: those aside, their policy positions put them squarely on the left. It would be more accurate to describe them as a nationalist social democrat party, but I can see why people would shy away from anything bringing “national” and “social” that close together in a country bordering Germany.

This is one of the many problems with media that are overwhelmingly operating from a leftist bias, and search engines that weigh news media heavily in their rankings. Google is not (as I’ve demonstrated in previous posts) an objective search engine: it is a search engine that favors, implicitly and explicitly, results consonant with a leftist worldview.

All of this actually matters, because what are we to make of stories like this one:

Forget the story itself for a moment, and focus on the headline.

The “Party leader” isn’t identified by name, or even party affiliation; we can therefore assume that neither is relevant. All we can glean is that some Scottish party chief was somehow “caught off guard” by right-wing extremists and is now being praised on Twitter.

(Language note: overrumplet is not a word I’ve encountered often, so I had to look it up to: the online Danish dictionary defines it as being surprised or impressed in a disorienting or overwhelming way. Their example: “Bente was so overrumplet by his direct question that she didn’t know what to say.”)

The Twitter reference suggests that this isn’t journalism so much as social media coverage. That is, we can assume from the construction of the headline that the story is less about the party chief being overrumplet by right-wing extremists than it is about the reactions on Twitter.

In fact, the first six paragraphs of the article are spent describing the “feel” of Scotland in this election held during a lockdown. Only then are the events of the headline introduced:

But election day still offered a bit of drama…

Scotland’s Prime Minister Nicola Sturgeon, who with her Social Democratic nationalist Scottish National Party wants to pull the country out of Britain, was caught off guard (overrumplet) by two right-wing extremists at a polling station in Glasgow.

And finally we get to the meat of things:

Scolded by opponent
Just as Nicola Sturgeon left the Lorne Street Primary School polling station, the two people ran after her while one filmed the scene on his cell phone.

The person seen in the photos from the mobile phone is one of Nicola Sturgeon’s opponents in the election, namely Jayda Fransen, who is running as an at-large member.

She was previously a member of the right-wing nationalist organization Britain First and served 36 weeks in prison following a conviction for racism.

In addition, she became known far beyond Scotland’s borders when then-US President Donald Trump retweeted several of her anti-Muslim videos in 2017.

Racism is a real evil. I hate it with a passion matched only by my contempt for the use of “racism” and “racist” as the pejorative of choice for anyone or anything the left doesn’t like. (America’s Robert Reich, for example, recently declared that “Opposition to D.C. statehood is racist. Period.”)

I’d never heard of Britain First, so I paid their website a visit. Their homepage is dominated by a large photograph of a black woman holding the Union Jack, and the photo is embossed with the headline “Britain First and Racism.” Clicking on it takes you to page entitled “BRITAIN FIRST AND ‘RACISM’ – THE TRUTH!” It has a video (I didn’t watch), beneath which one finds the following text:

Britain First rejects racial hatred in all its forms.

Britain First opposes Islamist extremism and mass immigration because they are a danger to the British people.

Britons from all backgrounds are welcome to join our struggle to put British people first.

That seems pretty unambiguous to me. They’re nationalists, not racists. If you’re the kind of dimwit that thinks British nationalism must be racism because all Britons are supposed to be white, then you’re the racist, and that’s on you.

Following the text, which is all tarted up with bolds and italics and even bold italics, there’s a series of photographs of people of various colors participating in what appear to be Britain First events, and posing with what I have to assume are Britain First people.

So they’re clearly (and proudly) nationalist. Are they right wing? No idea. Not my circus, not my clowns. But certainly they seem very determined to make it very clear they’re not racists.

Well, the article says she served hard time for “racism,” so there’s at least one British court that thought so.

I have to say, as much as I despise racism I don’t like the idea of people going to jail for being racists. Doing racist crimes, sure. But not being racist. So I poked around a little and found a left-wing Scottish rag that clearly despises her but described her conviction as being for distributing materials and posting videos that the judge deemed harmful to Muslims. The Daily Mail says she “has convictions for religiously aggravated harassment.”

I remind anyone who needs reminding that Islam is a religion, not a race.

That Trump retweeted three of her videos in 2017 is irrelevant to the actual story, but just to be thorough they were: (1) “VIDEO: Islamist mob pushes teenage boy off roof and beats him to death.” The video apparently showed exactly what the description said it did, but the media fact-checkers considered it misleading because one of the men responsible for the boy’s death was later hanged for the crime. (2) “VIDEO: Muslim Destroys a Statue of the Virgin Mary!” This video also showed what the description said it did, but the media fact-checkers thought it was unfair because in the words of the New York Times, “the wider Muslim population” has opposed the destruction of religious icons for a long time. (3) “VIDEO: Muslim migrant beats up Dutch boy on crutches!” This one was apparently offensive because although the criminal was indeed Muslim, he was not a migrant. In fact, two men were arrested for the crime, and both were Dutch citizens. I didn’t see any articles disputing their religion, so I have to assume the defendants were indeed Muslim, otherwise that would have been a glorious victory indeed for the fact-checkers.

Let’s make another observation: Fransen has clearly, and wildly and actively and sort of insanely, dedicated her life to fighting Islamic extremism, and is being shredded online for being… an extremist. Because extremists like her, getting all extreme against extremism, are bad. So bad, in fact, that there’s more than a whiff of extremism in the eagerness to condemn her extremism against extremism.

It was, in other words, the kind of episode you can find at any kindergarten on the planet on any given day.

And so of course it went viral on social media, because social media is the world’s largest kindergarten playground.

And Scotland has come a long way from Braveheart.