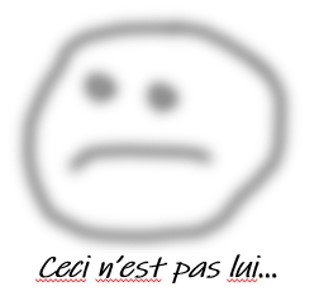 Not that long ago, a Danish newspaper editor had a theory.

His theory was that Danes were so intimidated by the threat of Islamist violence that they were censoring themselves from speaking critically about Islamism.

As he explained it himself, “widening fears and feelings of intimidation in dealing with issues related to Islam” were breeding “self-censorship in Europe.”

“The idea wasn’t to provoke gratuitously,” he later explained, but “to push back self-imposed limits on expression that seemed to be closing in tighter.”

Those limits on expression had come to light in the summer of 2005, when the Danish author Kåre Bluitgen was putting together a children’s book about Mohammed. He was having a very hard time finding an illustrator and the media caught wind of his troubles.

The Irish Times summarizes what followed succinctly in an article from February 2006:

It all began when Danish media caught wind that Bluitgen had trouble finding an illustrator for his book, The Koran And The Life Of The Prophet Mohammed. The book was meant to give Danish children a better understanding of who the prophet was.

Some illustrators did not have time. Others declined, saying they were afraid of reprisals from radical Muslims, since Islam is interpreted to forbid any illustrations of the prophet for fear they could lead to idolatry.

But Bluitgen insisted on having pictures of the prophet, saying it was part of European book-writing tradition to illustrate the main character. He finally found an illustrator for the job, on condition of anonymity.

A number of Danish media highlighted the issue. But it was Jyllands-Posten, a national newspaper based in western Denmark, that brought it to the world’s attention by inviting illustrators send in their own drawings of the prophet.

Flemming Rose’s theory was thereby proven incorrect: it looked like self-censorship with respect to Islam wasn’t “closing in” quite as tightly as he’d feared.

Not right away, in any case.

Thanks in large part to the international efforts of a “Committee for Prophet Honoring,” however, the Muslim world was soon aflame with outrage, leading to worldwide “protests” (the helpful modifier “mostly peaceful” had not yet been coined) that resulted in at least 250 deaths, attacks and arson on Danish embassies and consulates, attacks on churches and Christians, and boycotts of Denmark.

Various fatwas and threats were issued against Jyllands-Posten and the various illustrators. One of them, Kurt Westergaard, narrowly escaped assassination in 2010 when a man with an axe found his way into Westergaard’s foyer, shouting “Blood!” and “Revenge!”

(Westergaard lives in hiding to this day.)

In January 2015, a symposium on ” Art, Blasphemy and Freedom of Expression” being held at the appropriately named “Krudttønden” (Powderkeg) Cultural Center in downtown Copenhagen was disrupted by a gunman opening fire. One of the speakers at the event was the Swedish artist Lars Vilks, who’d been one of the Jyllands-Posten illustrators. The gunman killed a policeman and wounded three passers-by, fled the scene, then killed a security guard and wounded two policemen outside a synagogue. Still later that night—the next morning, really—the gunman opened fire on police who then shot and killed him.

Roughly a month later, in February 2015, two French Muslims stormed the editorial offices of the satirical magzine Charlie Hebdo, which had reprinted the Jyllands- Posten illustrations in 2006. They killed twelve people and wounded eleven more.

One suspects that Flemming Rose’s experiment may have been somewhat self-fulfilling: if self-censorship hadn’t been a thing before he published those cartoons, it almost certainly became a thing afterwards.

“Don’t portray Islam as a religion of violence, or we’ll kill you” may not be a consistent message, but it’s proven to be pretty damn effective:

Teacher’s Union: “No thanks” to required use of Muhammed drawings in education, DR.dk, May 11

The story in a nutshell: the Dansk Folkeparti (Danish People’s Party) would like to make teaching of the Muhammed drawings mandatory in Danish schools.

That reaction comes as a result of several teachers announcing that they will not use the drawings in teaching for fear of their safety. Most recently, a teacher at University College Copenhagen has opted out of using the drawings in his teaching due to threats on Facebook, among other places.

It’s that self-censorship among teachers that DF’s proposal is intended to combat. The teacher’s union isn’t having any of it.

“One does not have to make decisions centrally about whether the teachers should teach the Muhammad cartoons. It is crucial that we stand firm that it is the individual school and teacher who assess what material is needed for instruction,” says Gordon Ørskov Madsen, chairman of the Danish Teachers’ Union.

One can sympathize with both points of view: on the one hand, the cartoon crisis was an important historical marker in Denmark, and understanding it requires the context of the cartoons themselves, and a government mandate would provide valuable “cover” for the teachers. On the other hand, who wants the government meddling with education?

The article cites one teacher, Anna Heebøll, whose personal experience in trying to teach with the drawings has left here with mixed feelings.

“Politicians should not control the detailed content of teaching, they can count on our being able to figure it out on our own”, she says.

But Anna is also sure that it would create unnecessary insecurity among her colleagues if the drawings became a compulsory part of instruction.

“Several of my colleagues would feel they were being compelled to do something that was dangerous. We do not solve that fear by making the drawings compulsory, because the Islamist terrorist in question would not distinguish between something that had been imposed on people politically and something that a single teacher just happens to be teaching,” she says.

Another teacher, whose true identity was concealed for reasons that quickly become apparent, was the subject of a related article on DR.dk yesterday:

When a teacher at Copenhagen University College wrote in October last year on her private Facebook page that she would start using Jyllands-Posten’s Muhammad drawings in her teaching, she got a storm of anger and threats in response.

Some wrote in Danish. Others in English or Arabic.

Today she has a secret address and a permanent contact person at the Police Intelligence Service, PET.

She included the drawings in her Facebook post, and the article describes some of the responses she got, and they’re chilling.

Unless something in that equation changes, it’s pretty obvious where it leads.

Important Postscript: I don’t want to make light of the stakes. Back in 2016 I myself received very intimidating phone calls from strangers late at night, and a series of three tire slashings, while blogging about the cartoon crisis as it was unfolding. I weighed my support for free speech against the welfare of Herself and our 18-month old daughter, and my family’s welfare won. I stopped blogging. Entirely. I was willing to take some risk on my own, but not to jeopardize my family. So I’m entirely sympathetic to people unwilling to risk their lives, or those of their loved ones, in defense of a principle.

But we need to remember that all the talk of “respecting other points of view” is rubbish. We are self-censoring, and for a damn sensible reason: people might kill us if we don’t.

If you want to call me a coward, go ahead. Then post all twelve cartoons on Facebook or Instagram with a few words about the importance of free speech. Then get back to me and we’ll compare notes.

I don’t know how the hell we stop these maniacs and reassert free speech without risking our own martyrdoms, but we better think of something fast… because France is starting to come up with some ideas of its own, and French ideas about defending liberty have a very fine philosophical pedigree—but their practical consequences have been a little uneven.