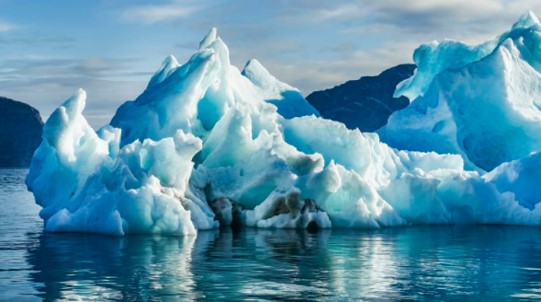 U.S. Secretary of State Antony Blinken’s visit to Denmark was covered widely in the Danish press.

TV2 had a liveblog.

Politiken doesn’t appear to have run a liveblog, but they squeezed a headline out of a commonplace: “Blinken: It’s a true pleasure to be in Denmark.”

It’s a very big deal for Denmark whenever a high-ranking member of a Democratic administration drops by, even if it’s just a bit of play-acting on the way to some high-stakes negotiations with larger powers.

American coverage isn’t quite as breathless. A Google search on “Blinken Denmark” doesn’t produce anything from major media outlets on the first page. In fact, most of the top results are from sources outside America, and then there’s one story from Voice of America (“Blinken in Denmark as Biden Administration Pushes to Boost Ties with Allies“) and one from The Nation (“US does not seek to buy Greenland, Blinken clarifies“).

In fact, as most of the Danish coverage acknowledges, Blinken’s visit to Denmark was necessitated only as a prerequisite to his ultimate destination of Greenland.

Here’s the official State Department itinerary (I’m not concealing anything in the ellipses, all of which were added by me: just trying to keep things economical; the bolds are also my own).

Secretary Blinken will begin his trip in Copenhagen, Kingdom of Denmark, where he will meet with Prime Minister Mette Frederiksen and Foreign Minister Jeppe Kofod to discuss our strong bilateral ties, commitment to combating the climate crisis, and our shared interest in strengthening the transatlantic relationship… He will also engage with Foreign Minister Kofod, Faroese Minister of Foreign Affairs and Culture Jenis av Rana, and Greenlandic Minister of Foreign Affairs, Business, and Trade Pele Broberg to discuss strengthening our partnership with the entire Kingdom and our common efforts in the Arctic and High North.

Secretary Blinken will then travel on May 17 to Reykjavik, Iceland, where … they will discuss the U.S.-Iceland relationship, a shared commitment to promoting human rights, action against the climate crisis, strengthening the transatlantic relationship, and Arctic security.  The Secretary will also tour Keflavik Air Base.

While in Reykjavik, Secretary Blinken will participate in the May 19-20 Arctic Council Ministerial….  During the meeting, the Secretary will advance efforts to sustain the Arctic as a region of peace, free of conflict, where Arctic Council members collaborate on shared priorities to protect the wellbeing of Arctic communities… The Secretary will also have bilateral meetings with other Arctic States…

Secretary Blinken will then travel to Kangerlussuaq, Greenland, where he will meet with Greenlandic Premier Múte Bourup Egede and Minister Broberg, together with Foreign Minister Kofod.  They will discuss the strong partnership between the United States and Greenland and our shared commitment to increase cooperation in the Arctic.

It’s all very diplomatically phrased, which makes sense coming from the State Department, but the subtext isn’t hard to read. Especially when the Russians are expressing their own intentions without any nuance or subtlety. Take this example from a Monday article in the Moscow Times, for example:

Russian Foreign Minister Sergei Lavrov on Monday warned Western countries against staking claims in the Arctic, as global warming makes the region more accessible and a site of global competition.

Lavrov’s comments came ahead of a ministerial meeting of the Arctic Council that comprises Russia, the United States, Canada, Norway, Denmark, Sweden, Finland and Iceland on Wednesday and Thursday in Rejkavik.

“It has been absolutely clear for everyone for a long time that this is our territory, this is our land,” Lavrov said at a press conference in Moscow.

There’s something refreshing about foreign ministers staking their claims unambiguously. I think that’s something a lot of Americans appreciated in Donald Trump: the lack of unctuousness.

Antony Blinken is going to talk a good game about the climate, and indigenous communities, and peace on earth, but he didn’t come dilly-dallying through Copenhagen to escort our own Foreign Minister Jeppe Kofod through Reykjavik to Kangerlussuaq.

He came for the Great Game in the Arctic.

He’ll bungle it, to be sure, precisely because he wants to play by Marquess of Queensbury Rules on the savage playing field of conflicting superpower interests. If Democrats were half as tough on foreign policy as they are on their domestic opposition, America might actually get somewhere in the world when they occupied the White House.

And not only because of that, but because bungling foreign policy is Antony Blinken’s forté. Yesterday I mentioned that before being gobsmacked by the ridiculous article in Berlingske I ended up covering, I’d meant to write about a fawning profile of Blinken that DR had run over the weekend. Let me pull a Psaki and circle back to that right now.

The article in DR (“Antony Blinken has Joe Biden’s ear, diplomacy in his blood, and has published music on Spotify“) was clearly intended to be a gushing geyser of adoration, and mostly it is. Sean Coogan writes approvingly, and with frequent assists from DR’s own ace correspondent Steffen Kretz, of Blinken’s upbringing, family, fluency in French, talent on the soccer pitch, his rock band “Ablinken,” the track they released on Spotify, and so on and so forth. Everything you’d want to know about someone you were meeting on a blind date, very little of it relevant to the man’s qualifications to be America’s top diplomat.

Only deep into that long article do we learn that, with respect to foreign policy, Blinken has amassed considerable criticism for his catastrophic failures (supporting the invasion of Iraq, supporting the “leading-from-behind” invasion of Libya, supporting the overthrow of Assad, and supporting the withdrawal from Iraq that created the vacuum ultimately filled by the Islamic State). Also, he was humiliated at a pseudo-summit with China just two months ago in Alaska. The article is honest enough to present these failures, and quick to reassure us that he’s learned from his mistakes.

Good thing! Because the article offers no Antony Blinken foreign policy successes to weigh against those failures. It does let us know that “the verdict from Rolling Stone Magazine is that Blinken isn’t quite ready to sell tickets any time soon, but that the one single is fine for a beach bar.”

It’s not just Coogan, or DR, or the execrable Kretz: this is what passes for insightful analysis in the leftist press of the west: he was born to a family of diplomats, he’s a super neat guy, he’s got a rock band, he’s on Spotify, he speaks French, and yeah, his major foreign policy choices have been pretty awful, but he’s a really great guy so cut him some slack!

The growing conflict over the Arctic in general, and Greenland in particular, is not about “efforts to sustain the Arctic as a region of peace, free of conflict, where Arctic Council members collaborate on shared priorities to protect the wellbeing of Arctic communities.”

Rare-earth elements (REE) are necessary components of more than 200 products across a wide range of applications, especially high-tech consumer products, such as cellular telephones, computer hard drives, electric and hybrid vehicles, and flat-screen monitors and televisions. Significant defense applications include electronic displays, guidance systems, lasers, and radar and sonar systems. Although the amount of REE used in a product may not be a significant part of that product by weight, value, or volume, the REE can be necessary for the device to function. For example, magnets made of REE often represent only a small fraction of the total weight, but without them, the spindle motors and voice coils of desktops and laptops would not be possible.

In 1993, 38 percent of world production of REEs was in China, 33 percent was in the United States, 12 percent was in Australia, and five percent each was in Malaysia and India. Several other countries, including Brazil, Canada, South Africa, Sri Lanka, and Thailand, made up the remainder. However, in 2008, China accounted for more than 90 percent of world production of REEs, and by 2011, China accounted for 97 percent of world production. Beginning in 1990 and beyond, supplies of REEs became an issue as the Government of China began to change the amount of the REEs that it allows to be produced and exported. The Chinese Government also began to limit the number of Chinese and Sino-foreign joint-venture companies that could export REEs from China.

In short, the technology of the future needs them: and China’s practically cornered the market.

That’s what all of this is about.

So by all means let’s be ecologically responsible and let’s protect the indigenous communities of the circumpolar region, if that’s what it takes to get our hands on those rare earth minerals.

But everything except those minerals is a sideshow, and it would be nice if journalists were bright enough to understand that or honest enough to frame their stories appropriately.

You can’t have journalism done at DR, TV2, Berlingske et al.! This is the Media! Come on, man!

Anyway, point of pedantic order: To do a Psaki, you have to promise to circle back and then – very important – completely fail to do so. You did the reverse, circled back without having previously dangled the possibility.
</mr Picky>

Point taken with respect to your first observation. As for the second, I’m gonna go ahead and circle back to that.