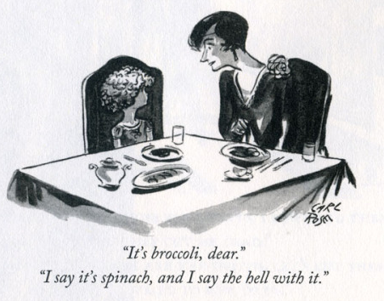 Note: AmerikanskeTilstande took a four day weekend without advance notice. We apologize to our readers and hope you’ll both forgive the omission.

Turns out that when you shut things down, fewer things happen.

That was the news from TV2 on Friday, in any case: “Violence in nightlife area fell drastically with midnight closings,” the headline announced.

Who saw that coming?

The conclusion was right there in the first paragraph:

When nightlife is closed or restricted, there is a drastic drop in violence in areas where there are bars. And the violence does not occur to the same extent elsewhere.

These are apparently the results of a study performed by Roskilde University and the Crime Prevention Council.

Apparently the total pandemic lockdown caused night-time violence in Denmark’s drinking “hot spots” to drop by 90%. Midnight closings in the same areas, when things had partially reopened, caused a drop of 66%.

The people behind the study had hypothesized that the ordinary violence around nightlife hotspots would migrate whack-a-mole style: shut down violence over here, watch it pop up over there. But it didn’t move, it just disappeared.

Complaints of loud night-time music, on the other hand, did increase dramatically in residential areas, suggesting that the festivities that could no longer take place out at the bars were being held at home. Or that people were getting a little extra annoyed with their neighbors in the weirdly quiet and profoundly claustrophobic world of civilizational lockdown.

“But that didn’t end up expressing itself as a rise in reported violence,” says the study’s director.

The only thing I find surprising is that anyone might find any of this surprising. Drunken idiots don’t often get into reportable levels of violence with their drinking companions (although they certainly sometimes do); more often, drunken idiots get violent with strangers, or known adversaries whom they happen to encounter out in public.

One rarely runs into strangers or adversaries in one’s own home, and it’s difficult to punch, kick, knife, or shoot someone who’s not there.

I have no statistics to back me up on any of that, just a long familiarity with nightlife, drunken idiots, and my own home.

Of course night-time street violence goes down in bar districts when bars are shuttered. Violence requires the presence of people, so unless bar districts have some magical properties of attraction that draw people thither even when the drinking holes are all closed, then you’re not going to have as many people around to perpetrate violence.

I dislike this study very much.

Not because its findings were unsurprising, but because sooner or later some idiot is going to suggest that we should make earlier closing times permanent because “there was this study that showed street violence went way down in these neighborhoods when the bars closed earlier, and we all want less violence in our streets, so it’s just common sense that we should make all the bars close earlier.”

It’s reasoning that completely ignores the positive impact of the thing with the negative correlation. In this case, that would be the fact that people enjoy it. A great number of people derive a great amount of pleasure being out late at bars and clubs, and the overwhelming majority of them are never involved in violence of any kind.

“Well, be that as it may, their pleasure comes with a very high cost. Maybe this poor fellow who had three teeth knocked out in a fight doesn’t share your enthusiasm for drinking after midnight. Maybe this poor girl who was assaulted by a drunken slob would have preferred coming home safely at midnight to having been assaulted at two in the morning. Maybe we should be a little more concerned about preventing harm than depriving people a few extra hours of pleasure!”

This is the kind of fear-based “reasoning” that’s made such a wreck of the world for the past fifteen months: we’ve become so risk-averse that our political leaders will happily sacrifice any of our pleasures (never their own) to spare us even the risk of falling prey to a virus that is actuarially less threatening to people under 70 than a normal flu.

“Pleasure” is simply never accorded any weight on the scales of public policy debates. You never hear anyone say, “Well, on the one hand a certain number of kids do get hurt and even killed on playgrounds every year, on the other hand it’s statistically a very small number relative to the gazillions of kids who get countless hours of pleasure from playgrounds. Could we maybe find a way to make them safer without taking all the pleasure out of them?” No, what you will most often hear is, “Playgrounds are deathtraps, and must become padded, risk-free, non-allergenic safety spaces—and anyone who disagrees is trying to kill our children!”

The problem with violence in urban nightlife areas isn’t that bars are open too late: it’s that so many people enjoy that kind of nightlife that there’s a heavy concentration of people in and around those bars. So while it’s true that you could reduce episodes of violence by preventing those heavy concentrations from forming in the first place, you would also be depriving great numbers of people from a great deal of pleasure.

This ties thematically into the horrific British crime story from a month or two ago: the disappearance of Sarah Everard that turned out to have been the result of her having been kidnapped and murdered: there was a sudden explosion of consciousness about how unsafe it was for women to walk alone at night through the streets of London because of predatory males seeking to exploit them. There was a great whirl of passionately declaring that Something Must Be Done. There were suggestions of male-only curfews. It was a movement for a moment, with hashtags and everything. But it fizzled out, as these things do, and now that it’s been nearly three whole months (which might as well be three geologic ages, given the pace of social outrage these days), British GQ has piled Pelion on Ossa by publishing, just this past Saturday, “Why does the media only react when the victims are young, pretty, and white?”

That’s how it goes, these days: you think you’ve got a handle on a pretty good social outrage issue, then someone comes along and flips it right back in your face.

Of course women should have the right to walk the streets at night without having to worry about their safety. But they can’t.

Just as bikers ought to be able to ride their bicycles without being run over by inattentive drivers. But they can’t.

And, of course, people ought to be able to go out and enjoy a drink or two (or three or four) with some friends without worrying about being directly or indirectly dragged into a fight.

The world is a crowded place, and we can choose to live in open societies where we have to be on guard because wickedness and bad luck will often find a way (because that’s what wickedness does and how bad luck works), or we can choose to lock ourselves down in a perpetual police state where our freedoms are never in jeopardy because we have no freedoms left… but where bad luck can still find a way.

All the momentum right now seems to be pushing us toward the wrong end of that spectrum: we’re voluntarily surrendering more and more of our individual liberties for in exchange for the illusion of safety.

I keep waiting for the pendulum to start swinging in the other direction, and it keeps not doing that.

And that’s why I dislike that study.