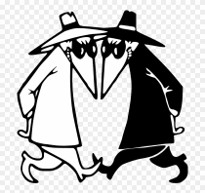 The big story today is DR’s revelation that Denmark’s foreign intelligence service (the FE, analogous to America’s CIA) cooperated with America’s NSA to monitor the digital communications of Germany’s top leadership: German Chancellor Angela Merkel, her Foreign Minister, and the opposition leader, among other political leaders from northern European nations.

The big DR story is here:

The FE let the US spy on Angele Merkel, French, Norwegian, and Swedish top politicians through Danish internet cables, DR.dk, May 30

Merkel and Macron say that NSA-monitoring via Danish cables is unacceptable, DR.dk, May 31

We obviously know which American president had the tiller of state in hand when America’s intelligence services conscripted Denmark into spying on the political leaders of NATO members and EU partners.

And yet the curious thing about both of the DR articles cited above is that neither one mentions Barack Obama, or his hapless veep Joe Biden.

There is first of all the bombshell story itself, which sets out all the nitty-gritty details. Because I’m lazy and tired and don’t have much time at my disposal, I’m going to spare myself the effort of translating by grabbing excerpts from English-language coverage of the story. Here’s a pretty concise quick-and-dirty snapshot from Reuters:

The findings are the result of a 2015 internal investigation in the Danish Defence Intelligence Service into NSA’s role in the partnership, DR said, citing nine unnamed sources with access to the investigation.

According to the investigation, which covered the period from 2012 to 2014, the NSA used Danish information cables to spy on senior officials in Sweden, Norway, France and Germany, including former German Foreign Minister Frank-Walter Steinmeier and former German opposition leader Peer Steinbrück.

Through targeted retrievals and the use of NSA-developed analysis software known as Xkeyscore, NSA intercepted both calls, texts and chat messages to and from telephones of officials in the neighbouring countries, sources told DR.

Like the DR article the broke the story, this Reuters article about the spying scandal also manages to avoid any mention of Barack Obama, despite the fact that it took place entirely during his presidency. Attentive readers will have noticed that “the period from 2012 to 2014” falls well within the period from January 2009 to January 2017 that is sometimes referred to as “the Obama-Biden administration.”

And of course besides the story, there’s the story of the reactions to the story.

A TV2 story about European reactions (“Macron and Merkel demand an explanation from Denmark on spying“) informs us that:

It’s not just the French president and the German chancellor demanding an explanation from Denmark.

In Norway, Prime Minister Erna Solberg calls the American spying on her and other European politicians “unacceptable:”

“So we’re very interested in getting to know as much as possible from Denmark,” she tells NRK.

And in Sweden foreign minister Ann Linde says that it’s events like these that “have significance for the trust between countries,” writes Swedens Radio.

And enjoy a good long laugh.

A Berlingske article about Merkel and Macron’s reactions doesn’t mention the Obama-Biden administration either, but an article earlier this afternoon about the significance of the story did:

Danish researcher on the FE scandal: Up on stage politicians have to react with outrage. But they know well what’s going on backstage, Berlingske.dk, May 31

If the headline gives you the impression that maybe Berlingske’s about to wave off the scandal, you’re not far wrong. Here’s the lede:

The revelation that Denmark has helped the United States spy on our neighbors could not have come at a worse time for President Joe Biden, who is soon heading for Europe. But behind the outraged reactions, everyone has one common interest, say Danish researchers.

The article itself expands on the lede, citing several Danish academics who explain that although on the surface all of this could be very “awkward” for Joe Biden’s upcoming visit to Europe, really it’s just bread-and-circus stuff.

Jen Ringsmose compares the situation with a theatre where there’s a lot going on behind the scenes, in the world of intelligence, which the politicians have some insight into. But out in the seats, the audience can only see the politicians on stage.

“Now some of what’s going on behind the scenes has pushed through the curtains and become visible to the audience. And there the politicians have to react. It would be very strange if the Swedes, Germans and Norwegians didn’t comment critically on this. But most people are probably not really really surprised, “says Jens Ringsmose.

So it’s a big scandal and everyone’s so angry that they’ve got to make a big public show of their outrage, except no one’s really surprised or angry because at the end of the day that’s just the way things are and, hey, you only live once, LOL.

Which is exactly how this news would have been treated had the spying taken place during the Trump administration. Right?

Okay, that was obviously just an easy joke, but let’s get serious for a moment, because someone has to.

If we take these academics at face value and accept that European heads of state merely act out what they believe their constituents expect of them, while privately they’re actually cold-blooded stoics with respect to the realpolitik of international relations, then mustn’t we assume that all the European contempt for the Dread Tyrant Trump was also just for show?

Because if it wasn’t just for show, what makes the academics think this is? Alternatively, if the contempt for Trump was just for show, why don’t the academics consider it disgraceful for European heads of state to have thrown the president of Europe’s most important ally under the bus just to score some cheap domestic points?

To ask such questions is to answer them.

In any case, there are clearly two narratives fighting for supremacy here. Narrative one: it’s a terrible scandal and we should focus on all the details and get all the answers but ignore the fact that it went down on the Obama-Biden watch. Narrative two: this is standard operating procedure, but it looks bad, so some outrage needs to be expressed, but only until something else can knock this stuff off the front page, because really it’s just the way the sausage gets made and everybody knows it.

As always, you can have any narrative you want, as long as it doesn’t reflect badly on Democrats.