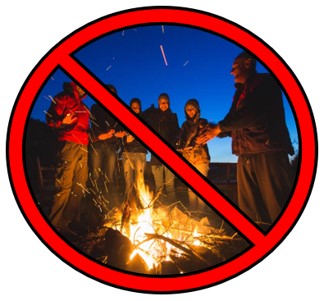 A mere eight days ago I published a post in which I said that “the concept of racism is getting such a workout these days that it’s beginning to lose all meaning out there in the wild, wild world of public discourse.”

So I should have seen this coming:

Hygge is not just warm blankets, lemon cookies, and Vild med Dans—it is a sign of white supremacy and racism, Esben Vest Billingsøe, Berlingske.dk, May 26

The headline doesn’t reflect the opinion of the journalist (who takes a refreshingly skeptical view of his subjects’ radical views), but rather the opinions of people described and quoted in the article.

Its two principle subjects, Ingrid Baraka and Naima Yasin, are Danes “with African roots” who host a weekly podcast called “A Seat at the Table.” (The name is in English but the podcasts are in Danish.) They appeared at the “Talk Town” debate festival in Nørrebro last weekend to lead a panel discussion entitled “How does hygge affect the mind and stand in the way of an anti-racist present?”

(This had been preceded by a discussion of “Nuances of Nordic blackness,” featuring Elisabeth Löwe Hunter, identified as a researcher of “Danishness and Blackness” at UC Berkeley.)

So how exactly does hygge “stand in the way of an anti-racist present?”

The answer will neither shock nor amaze you.

“Hygge is a stumbling block in terms of changing the status quo,” Baraka says.

“There is some innate understanding in hygge that makes it exclusive. It is not for everyone. And we’re always alienated there in the hygge space. We are never assimilated into that space,” says Yasin.

Therefore, Billingsøe says, “the two believe hygge has to be ‘smashed,’ and one should embrace discomfort instead.”

You have to take action, ruin the good mood and tell people that what they did/said was racism. It’s a way to show one’s concern, adds Naima Yasin.

What role do good intentions play, the moderator asks.

The audience acknowledges [their approval] with applause, and the radio host continues:

“You are what you do. That’s the only thing we can be held 100 percent responsible for. So I just have to tell you. Read up and show up for conversations where you are not just confirmed in what you already believe.”

It’s fair to wonder how many conversations Baraka and Yasin seek out where they’re challenged in what they believe.

“Now Berlingske’s going to write that we’re saying hygge is a bunch of shit,” Billingsøe quotes one of the two as saying at the top of his article.

(Which is not, you’ll note, an inaccurate informal assessment of what they’re saying.)

And then at the very bottom of the article:

“Talking about racism is more dangerous than racism. That’s how the discourse is in Danish debate,” [Baraka] says.

The two podcast hosts did not want to talk to Berlingske about the current debate on racism or their appearance at Talk Town.

Imagine that! They rejected an opportunity to embrace the discomfort of talking to someone who might not just confirm what they already believe.

Before we turn back to the white supremacy inherent in hygge, here’s program note from the Talk Town debate festival:

How do we get along with each other at Talk Town?

Talk Town is a debate festival where we learn and listen together. Talk Town does not tolerate sexism, racism, homophobia, transphobia, fat phobia, able-ism, or other discrimination. We cannot create a safe space for everyone, but we want to provide extra space for people in vulnerable positions. We expect all festival guests to listen to each other, respect each other’s boundaries and make room for people who do not have the same privileges as themselves.

If you experience or see something unpleasant or transgressive at the festival, you can contact the info booth, and then we will do our best to take care of it.

What if someone listening to Yasin and Baraka felt that their opposition to hygge, and their incitement to “smash” it, was a form of black supremacy, and actually raised that objection?

Or what if they sought a forum at Talk Town to present such a theory?

Never mind the validity of the claim—which is objectively just as valid as the claim that hygge is white supremacy, and also just as foolish—just ask yourself how such an opinion would be received under one of the tents in Talk Town where “we learn and listen together.”

And yet: by what criteria could it be dismissed that don’t also apply to the Yasin-Barka hypothesis of hygge as an enabler of white supremacy?

I’d like to think the two women would have accepted the objection with an open mind (they embrace and even advocate uncomfortable conversations, after all), and that a lively conversation might have taken place between the crazies on both sides. It’s a festival of debate, right? And debate is, according to the online Oxford dictionary, “a formal discussion on a particular matter in a public meeting or legislative assembly, in which opposing arguments are put forward and which usually ends with a vote.”

Both researchers and activists are taking the stage, but it’s not on the front of party politics that the diversity of Talk Town is unfolding. The most “right-wing” political voice participating is the Social Democrat Minister for Development Aid, Flemming Møller Mortensen.

Diversity and inclusion abound: Talk Town’s dozens of discussions and debates cover the whole variegated panoply of political thought all the way from the radical left to the slightly less radical left.

I try to minimize my barnyard euphemisms, but this all too much bullshit not to be called out for what it is. So let’s call it out.

Hygge is neither racist, white supremacist, nor enabling of racism or white supremacy. The idea that something as intensely personal as hygge even could be racist is silly. It’s like suggesting card games are racist, or that refrigerators enable white supremacy. Racists may play poker, or own refrigerators, but is there anything inherently racist about the cards or appliances themselves? Anyone making such a wild claim needs to be able to back it up. They don’t.

Is there racism in Denmark? No doubt. (We all saw one disgusting example earlier this week.) As there is in every country on every continent on this planet. Is Denmark a racist country dominated by racist people perpetuating a racist culture? The very idea is laughable, especially in the absence of any supporting evidence beyond “because we say so.”

Is there even, as Billingsøe says the women believe, “a thick layer of systemic and unrecognized racism in our culture, which our Danish irony and conflict-aversion make us blind to?”

It’s hard to assess the existence of something we don’t recognize, and it’s definitionally impossible to see something we’re blind to.

One can be forgiven for thinking that’s not a bug, but a feature.

Hygge is “a stumbling block” to changing the status quo, they say.

Very well: what is it specifically about the status quo you would like to change, and in what ways, and what are the particular obstacles hygge has put in the way?

Hygge is exclusive and alienating to them, they say.

Very well: in what ways do you feel excluded from the kinds of things ordinarily described as hyggelige? In what ways are you being alienated? What precisely do you mean when you express your belief that you are never “assimilated” into the “space” of hygge?

Hygge should be smashed and replaced with discomfort, they say.

And here, for once, they actually elaborate a bit on their reasoning: we must feel discomfort because without discomfort, we have no “incentive to do something about what (we) feel uncomfortable about.”

In other words, we need to smash hygge and be uncomfortable so we have an incentive to do something about our discomfort.

That’s circular reasoning: The reason for our being made uncomfortable needs to be something more than the marvelous incentive it will provide to discern the source of our discomfort. Otherwise it’s no different than being asked to bang our heads against the wall as an incentive to to do something about the pain in our heads that we got from banging them against the wall.

If there are “uncomfortable” truths about systemic racism and white supremacy in Denmark, name them. Enumerate them. Share with us their particular properties. Then explain the ways in which hygge is enabling or supporting them.

Otherwise, the thing that needs to be smashed is all this racially divisive bullshit you’re spewing.

But of course I’d say that, wouldn’t I?

As the “Danishness and Blackness” expert Elisabeth Löwe Hunter informs us: “The cultural opposition to talking about racism—and directed at subjects like postcolonial studies in Denmark—is clear. We need to talk about who produces the knowledge we have. When knowledge is produced from the vantage point of women, gender and race, it’s automatically delegitimized.”

See? I can’t criticize these points, because in doing so I’d just be contributing to their “automatic delegitimization.”

There needs to be pushback when people make such claims. Not dismissal out of hand (“sod off, swampy”), but rigorous and incisive intellectual pushback. It’s not enough to wave them off: these are poisonous ideas, toxic, radioactive, and they need to be obliterated by reason and logic before they can spread.

Where is this “cultural opposition” to talking about racism and postcolonial studies? In what corners of the contemporary western world, let alone Denmark, are such things being opposed? By whom? How? To what effect?

Why do we need to talk about who produces our knowledge, if it’s actually knowledge? The atomic number of Barium is 56. The speed of light is around 186,000 miles per hour. You have to wash your hands thoroughly after handling raw poultry. I was taught those things. They’re knowledge. I don’t know, or at least no longer remember, where each particular bit originated; nor do I care. Why should I?

What evidence is there to support the proposition that knowledge from the vantage point of women, gender, or race is “automatically” delegitimized? By whom? Where? What is even meant by such a proposition?

My own hypothesis is that Danes and Americans alike have been far too indulgent with this kind of nonsense for far too long. The willingness to listen is admirable; the credulousness with which these absurdities are received is not. It is itself a kind of bigotry: an unwillingness to contradict a black woman not because what she’s saying is idiotic, but because she’s a black woman. I am so radically egalitarian that I insist on treating black idiots exactly the way I treat white idiots, and Jewish idiots, and idiots of every color, shape, gender, orientation, and shoe size.

Is this idiocy I see before me? I believe so. Very well, I will challenge it. If I’m right, there’s a chance I may enlighten them by correcting their error; if I’m wrong, I’ll stand corrected and will leave the conversation wiser than I was when I entered it.

But maybe that’s too optimistic… after all, critical thinking is SO last century!