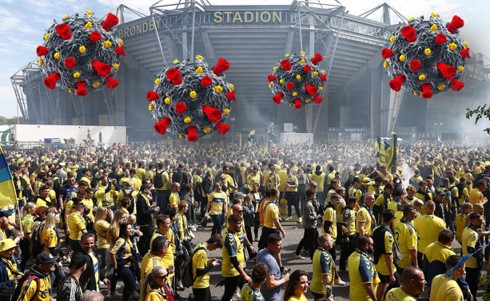 Yesterday’s post was all about the narrative—specifically, the leftist-controlled American narrative that drives so much establishment media coverage and big tech censorship.

(Note that not long after I posted that, Facebook lifted its ban on posts speculating about a possible lab origin of the virus. Thoughtcrime abolished! As I foretold you: it will eventually be punishable to suggest such speculations were ever suppressed.)

One of the most flagrant recent examples of the narrative adapting itself to unfolding events had to do with the fiery but peaceful demonstrations across America in 2020.

Those demonstrations put the narrative enforcers in a real bind: on the one hand, they wanted everyone locked down at home, isolated and terrified. They were very clear about that. On the other hand, it was their own foot-soldiers and water-carriers—the grunts of the left—out there in the streets: antifa, BLM, and their human shields (the perpetual protestors and hangers-on of the softer left).

Complicating things further, there had recently been demonstrations against the lockdowns, carried out predominantly by the enemies of the left: conservatives, libertarians, anarchists, and ordinary Americans who felt competent to manage and assess their own risks. The narrative had been swift and severe in its condemnation of those demonstrations: they would surely be superspreader events and kill everybody’s grandmothers. Selfish, reckless, beyond the pale! (Also they were probably racist, because reasons.)

The high priests did what they always do: they adjusted the narrative.

They declared that racism was a public health issue, and that demonstrating against racism was therefore healthy, even in the midst of a pandemic.

It made no logical or scientific sense, but it nicely reconciled what had otherwise appeared to be utterly incompatible positions.

And so the new narrative became: public gatherings are bad in the pandemic, but political demonstrations for healthy causes are good—and the left would decide which causes were and were not healthy.

This allowed the left not just to tolerate but to full-throatedly endorse the “spontaneous” demonstrations they engineered in celebration of Joe Biden being declared the president-elect on November 7. Those demonstrations were deemed “healthy” because democracy is healthy and getting rid of the Dread Tyrant Trump was super healthy.

We saw the same narrative at work in Denmark, which is always learning from the demented schemers and fabulists of the American left, but here in our happy little land it got a little pushback: even the establishment Danish media had the courage to question whether perhaps the few BLM demonstrations that took place in Denmark were, just maybe, sort of a little teensy bit out of step with the whole concept of social distancing.

This is one of the great glories of Denmark, and one of the reasons I’m so proud to be a Danish citizen: whether Danes follow Karl Marx or Ayn Rand, they rarely relinquish common sense entirely. They won’t contort themselves into pretzels to accommodate every new narrative that comes along. Danes could not be (entirely) persuaded that the rules of epidemiology and virology included exceptions for political activism.

“Not so fast, virus! I’m a politically virtuous immune system.”

The downside of this pragmatism, however, is that it tries to be even-handed:

Professor calls championship celebration illegal: “It wasn’t a demonstration, it was a party”, Marie Lagoni Pedersen DR.dk, May 26

Stories like these represent the Danish media’s attempt to reconcile the impossibly conflicting demands of the narrative and reality.

Brøndby soccer fans were celebrating a league championship, their first after a 16-year drought. It’s unlikely we’ll hear anyone suggesting that their collective euphoria was “healthy” the way that demonstrations in support of the Marxist BLM movement were, nor are we likely to hear the kind of outrage and disgust American leftists expressed over lockdown protests and Trump rallies.

The eponymous professor from DR’s article is Frederik Waage, a professor of constitutional law at Syddansk Universitet (the University of Southern Denmark). Note that he’s not talking about health issues, but legal issues.

“There’s no doubt that these Brøndby fans broke the corona rules, and that what they did was therefore illegal,” the article cites him as saying.

He also gave the headline quote (“It wasn’t a demonstration, it was a party”), and expressed surprise at the behavior of the police:

“I’d set a big question mark on how the police just approved it and let it play out like this,” he also says.

(Frederik Waage is clearly a media go-to guy on Danish legal issues but doesn’t appear to be a narrative-enforcing hack: back in the late fall of 2020 he had some serious questions about Mette Frederiksen’s liquidation of the mink industry—some of which made it all the way to the Washington Post.)

Is anyone else surprised that the police didn’t break up thousands of celebrating fans and issue fines for congregating illegally?

Is anyone surprised that simultaneous expressions of simple human joy aren’t something that cops might not be inclined to treat as a crime?

In a boxed inset, DR describes and cites the relevant law. I’ll let Google Translate do the translation here to absolve myself of any blame for any muddled legalese:

EXEMPTION FROM THE PROHIBITION OF ASSEMBLY
From the most recent phase of the reopening on May 21, the assembly ceiling has been 100 people for outdoor events.

§ 8. The Executive Order does not apply to the courts and the Folketing (parliament) nor to assemblies with a political or other meaning-promoting purpose.

I did have to switch an “and also” to a “nor,” but the rest of that is Google’s work. Also, “meaning-promoting purposes” is probably better translated as “meaningful purposes.” Otherwise, fair enough.

“If you consider this a legal demonstration,” Waage tells DR, “then I have a hard time seeing why you couldn’t just hold a big demonstration for the Roskilde Festival and say that festivals are hereby approved.”

Good point! I bet the organizers are kicking themselves.

The article observes that in the professor’s opinion, “this is a problem for citizens’ sense of justice.”

But it’s very fine line, an impossibly fine line, to navigate. Do you think any of those Brøndby fans didn’t think that championship was meaningful?

The narrative will tell you that leftist political causes are meaningful, but emotional sports victories—and frustrations at being locked down indefinitely, and gathering at a rally for the Dread Tyrant Trump—are not.

They’re entitled to that opinion, but it has to be acknowledged that it’s merely one opinion among many. There’s no objective way to assess what is and isn’t truly meaningful. To allow exceptions to a law (or executive order) for “meaningful purposes” is to render it essentially unenforceable.

Every American lockdown was entirely unconstitutional. I’ll stand by that, confident that history will eventually vindicate me. “Congress shall pass no law respecting the right of the people to peacefully assemble” is pretty unambiguous. There’s no escape clause for pandemics. If you think that the offloading of responsibility from Congress to governors’ executive orders is a nifty workaround (“Congress didn’t pass a law, it’s just Governor Butthead’s executive order, so we’re covered!”), then you’re suggesting they’re also entitled to issue executive orders banning the use of the word “baguette,” or allocating taxpayer money to the construction of temples to bizarre and vengeful gods, or shutting down newspapers, or denying you the right to petition them for a redress of your grievances. Is that how it works? Is that how anyone in their right mind would want it to work?

I’m not as confident about the constitutional assurances of freedom of assembly in Denmark, I’m sad to say, but the fact that paragraph 8 has a carveout for “meaningful purposes” suggests there are at least some limits on the extent to which the government can prevent Danes from assembling.

(Maybe not. I’m open to correction.)

In any case, set the legal and health issues aside for a moment: what the Brøndby fans were doing was celebrating. Joyfully. If we’re going to make exceptions for angry political demonstrations, but not for spontaneous outpourings of joy, for actual human happiness, then what the hell is wrong with us?

And let’s take a purely practical view of the situation: imagine the conversation we’d be having in Denmark right now if instead of standing down, the cops had roared into the various celebrations and started making arrests or issuing fines, or both. Or tear-gassing the celebrations to break them up.

There’s no way to know how many people would line up on the side of the cops (enforcing stupid laws that it’s their job to enforce) and how many in defense of the revelers, but it’s a damn sure thing that it’s all anyone in Denmark would be talking about.

More than 20% of Danes have been fully vaccinated, and another 10% have received their first dose and are therefore partially vaccinated. There’ve been about 276,000 cases nationwide, and although there are no public metrics identifying how many of them are also counted among the vaccinated, it’s unlikely to be 100%. So probably a little more than a third of the country is now resistant or immune to the virus. What’s more, the prioritization of vaccines means that the most vulnerable Danes have in fact now all had the opportunity to be vaccinated.

Add that to the equation, and the refusal of the police to get involved is even more of a no-brainer.

But the professor is nevertheless correct: the jubilant Brøndby fans broke the law, and it is the job of the police to enforce the law.

Or, at the very, very least, at the barest of minimums, acknowledge that joy is a meaningful purpose.

Probably the most meaningful of all.