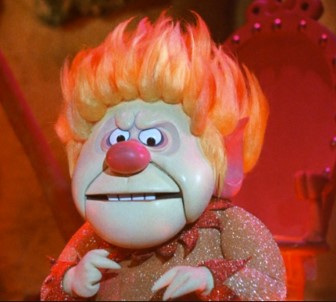 Note: There was no AmerikanskeTilstande post yesterday due to an unforeseen opportunity to dine with Herself, unaccompanied by our spawn, at an actual restaurant, for the first time since 2019. The opportunity was seized.

Science and math are magnificent fields worthy of our deepest respect, as well as our gratitude for all they’ve given us, but they’ve been abused a lot lately by people who genuinely ought to know better.

Whether it’s mathematicians issuing statements condemning criticism (and critics) of “critical race theory” (which is a garbage neo-racist discipline), or public institutions withdrawing scientific studies because their findings weren’t politically convenient, or journalists inverting the logic of cause and effect to make their political points, science and math have been taking a beating in the public square.

To anyone who thought anti-scientific climate hysteria had peaked with a mentally-ill high school dropout snarling at an assembly of submissive world leaders, DR says: “Hold my beer:”

In London, 82 people die each year as a result of anthropogenic temperature increases.

The headline and lede invite a lot of questions right off the bat : is this information accurate? How was it measured? By whom? Assuming it’s accurate, what is the historical trend? Is this good news or bad news? Are there any mitigating factors?

The first few paragraphs merely ask us to recall the balmy summer of 2018, which was for those of us in Denmark a glorious season indeed. DR harkens back to those merry days of sunbathing and ice-creams at the beach, then gently reminds us that summer heat is a homicidal maniac.

The whole article is built around a recent British study entitled “The burden of heat-related mortality attributable to recent human-induced climate change.” The study is behind a paywall, but here’s its abstract:

Climate change affects human health; however, there have been no large-scale, systematic efforts to quantify the heat-related human health impacts that have already occurred due to climate change. Here, we use empirical data from 732 locations in 43 countries to estimate the mortality burdens associated with the additional heat exposure that has resulted from recent human-induced warming, during the period 1991–2018. Across all study countries, we find that 37.0% (range 20.5–76.3%) of warm-season heat-related deaths can be attributed to anthropogenic climate change and that increased mortality is evident on every continent. Burdens varied geographically but were of the order of dozens to hundreds of deaths per year in many locations. Our findings support the urgent need for more ambitious mitigation and adaptation strategies to minimize the public health impacts of climate change.

Remember DR’s headline? Climate change guilty in four out of ten heat-related deaths. (The original Danish, in case you doubt my translation and don’t feel like clicking over to DR: “Klimaforandringerne er skyld i fire ud af ti varmerelaterede dødsfald.”)

The study says 3.7 out of every ten warm season heat deaths. Which is different. Not just because of the rounding, which is fair enough for a headline, but because of the ambiguous phrase “warm season.” If we accept that exact 37 out of every 100 deaths in every warm season are excess mortality due to man-made global warming, then we’re accepting the premise of global warming. Let’s not just accept it, but embrace it: if warmer warm seasons have caused increased mortality, have warmer cold seasons had an impact on mortality the rest of the year? For every additional death of an octogenarian Parisien, are there perhaps a couple of elderly Norwegians muddling through one more winter than they might have in the past? And even in those “warm seasons,” is it possible that mortality from causes unrelated to temperature might be lower due to some of the advances in technology that are driving the extra warmth?

Obviously we’d need a lot more information to find out, starting with the study’s methodology.

I dug around the edges of the study, poking at every link not hiding behind a paywall, and couldn’t even get a handle on which 732 locations across which 43 countries had been measured. (One of the charts is a map, on which it looks like North America, Europe, and southeast Asia are overrepresented in the data, while Africa, Asia, and most of South America and Oceania are severely under-represented.)

In fairness to DR, the article does include an inset. It’s headed “Expert’s Reservation” and it presents some of the reservations one Sebastian Mernild has about the study. He wonders aloud about the underlying health of the individuals who died, what help was available to them, and other factors that may explain, for example, differences in the mortality of as compared to South America. Naturally enough, however, Mernild concludes by saying that when climate change makes weather hotter and more extreme, it will cost human lives. “It’s not surprising that it will have an effect,” he’s quoted as saying, “but it’s exciting to see an attempt to determine the extent of the effect.”

In fairness to actual science, there’s not much more to be gleaned from the article. The study apparently did not include Danish data, but we’re assured that when we see these effects in a place like London, it’s likely the same thing is happening in Denmark. It explains that although a 1.2 degree (Celsius) increase in global temperature since the start of the industrial revolution may not seem like much, it really is. We’re assured it’s going to get a lot worse.

The article fails to mention that more than temperatures have changed since the industrial revolution. Average life expectancy at birth has doubled. Literacy has skyrocketed. Poverty has nose-dived. Life has gotten longer, better, safer, and more fun pretty much everywhere. If global warming is a side-effect of our improving technology, then maybe instead of getting hysterical about the temperature increases, we ought to get ecstatic about the bonuses.

Have you lived past the age of 40, or do you expect to? Give thanks to the industrial revolution.

Can you read and write? Give thanks to the industrial revolution.

Does your home protect you from the elements? Give thanks to the industrial revolution.

Did you survive an infection? Give thanks to the industrial revolution.

But let’s set all that aside for a moment and focus directly on deaths from inclement weather. I just happen to have Bjorn Lomborg right here:

Let’s go back to the study itself for a moment: “Burdens varied geographically but were of the order of dozens to hundreds of deaths per year in many locations.”

Scientifically and mathematically speaking, that’s an irrelevant statistic. We’ve been given a numerator without a denominator. If there were two dozen heat-related, warm-season deaths in a location whose population was, say, a mere three dozen souls, that would be absolutely catastrophic. If there were 200 excess deaths in a location whose population numbered in the millions, it would barely raise an eyebrow.

Right now, today, as things stand. about 1.35 million people die around the world each year from car accidents.

We don’t talk about giving up motor vehicles to save those 1.35 million lives because, in the brutal calculus of social existence, we have decided that the advantages of motor vehicle transport outweigh the disadvantages of that increased mortality. Never mind whether you agree or disagree: it’s what we’ve decided.

So when we’re told that warming from anthropogenic climate change is killing X number of people per year, it’s fair to ask what we’re getting in exchange for those deaths. Not just fair, but necessary. It’s very likely, for example, that without the industrial revolution, the Wuhan virus death toll might have been much higher than it was: our wealth and medicine and technology clearly allowed us to minimize deaths enormously, perhaps by millions or even tens of millions. (Or maybe not: who knows?) That’s more than a minor offset.

Not only that, but has anyone studied how many lives are being spared thanks to warming temperatures?

Why yes, yes they have:

Certainly, heat kills. But cold kills even more. In Chicago, anyway. Not a good sample for global weather, but a great sample for extreme weather. And a good start: now do the same math for a couple of hundred locations in a few dozen countries and we’ve got something to look at.

A truly scientific study would not just measure one output of a phenomenon, but would seek to identify all outputs of a given phenomenon before assessing whether remedial efforts were required. Did you know 100% of pancreatic cancer deaths could be prevented if people didn’t have a pancreas? Why aren’t we just removing every pancreas from every human being? You know why: because despite the high mortality of pancreatic cancers, the pancreas has a pretty significant upside: we need it to live.

Before we invest trillions of dollars we don’t have into remedial efforts that may not work to solve a problem that may actually be producing more good than harm, a little actual science would go a long way.

(For a look at some other studies questioning the orthodoxy of the “heat death surplus” dogma, here’s a good article from the Foundation for Economic Education.)