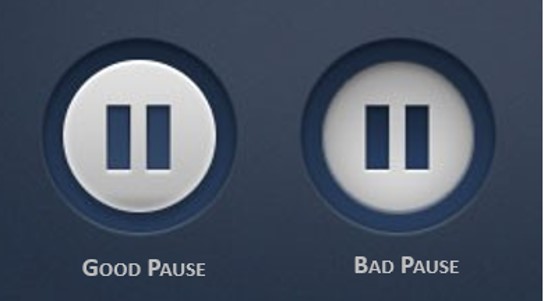 NOTE: This post was written before Biden and Putin met in Switzerland this afternoon, but not posted until after the meeting. Also: there will be no post tomorrow, Thursday: we’ll be back on Friday.

Yesterday I made what some people might consider too big a deal of DR’s characterization of a seven-second silence in the middle of a Biden press event following Sunday’s NATO summit in Brussels.

The article by Per Bang Thomsen described it as a “long pause for thought” (my clunky translation of længere tænkepause), despite the fact that what came out of Joe Biden’s mouth after that long break didn’t seem to be especially well thought out.

I’d like to compare that apple to the orange represented by the big top headline on Berlingske (as of early Wednesday morning):

Putin hesitated for five long seconds—and then he revealed why he can’t be trusted
Emil Rottbøll and Kristian Mouritzen, Berlingske.dk, June 16

(Aside: there’s plenty wrong with the article—not least its characterization of Putin as someone that Americans across political party lines believe to be the greatest threat to America, a role more likely occupied by Xi and the CCP at this point, and its assertion that “Americans will be glued to their television screens watching Biden undo all the mistakes Trump made with Putin.” But I can only handle so much per day: I’ve got to pick my fights.)

First, let’s talk about the obvious differences between these things: one is an excerpt from an article, one is a headline; they’re from two different articles by different journalists in different publications about different people, published on two different days. I freely acknowledge all of that.

It’s hypothetically possible that Per Bang Thomsen would describe Putin’s pause as thoughtful, and that Berlingske’s headline writer would have put Biden’s pause into the headline and cast it as somehow sinister.

But that’s not how the media work in Denmark and anyone who’s been reading this blog knows it. (Both of you!) The people writing for Danish news media are no longer journalists or reporters. They’re partisans and activists and with very few exceptions they’re all on the same side.

Don’t get me wrong: Putin is a villain and I’m always on the side of any American president against any adversary of America. I assume most westerners feel the same—even journalists. But we don’t have to pretend that Joe Biden is perfect, or that Vladimir Putin is the very devil of hell, to feel that way. Not only don’t we have to: we shouldn’t. It oversimplifies things and diminished our capacity for understanding things as they are.

Let’s get the full context of the Putin pause (or hesitation: he tøvede) from the article. The headline appears to be based on this passage:

And that was the double game that [NBC] journalist Keir Simmons caught Putin in.

“NATO itself has officially declared cyberspace a battlefield where it carries out military activities,” Putin offered after some deliberation, but Simmons insisted:

“And you participate in that battlefield, don’t you?”

“It’s really not correct,” the president said, blinking slowly. “But if we wanted to do that, NATO itself has said that cyberspace is a battlefield, so what should stop us from doing so?”

Putin’s classic double-answer finally sounded like the closest thing to ever getting him to make a concession:

We have some language complications now: I’m translating a Berlingske article from Danish, which is itself translating from the English language of the NBC interview, which includes real-time audio translation of Vladimir Putin’s Russian.

So let’s try to minimize the opportunity for translation errors here: set the sliding timer bar in the video (embedded in the Berlingske article) to 26:34 and watch for yourself.

First of all, Putin’s pause is hardly lengthy (note that the article’s authors refer to it only as “some deliberation”). If you watch the rest of the video, before and after this segment, you’ll find there are quite a few pauses of similar length: they seem to be nothing more than Putin waiting for the translation in his earpiece to conclude. Not only that, but this particular one isn’t even “five long seconds.” It’s maybe four, and that’s ignoring the translation gap that precedes all his answers.

You’ll also notice that the text in the article is taking some liberties in its transcription of the conversation.

Worst of all, the journalists fail to clarify that the last “quote” from Putin is not an actual citation, but a paraphrase. It’s not something he said: it’s how they believe the last thing he said ought to be understood.

The headline writer wants us to believe that this exchange reveals “why Putin is not to be trusted.” The journalists characterize it as showing NBC journalist Simmons catching Putin in a “double game.”

Do you see any of that?

“We’re not engaged in cyber warfare,” Putin seems to be saying, “But NATO’s called cyberspace a battleground, so why shouldn’t we fight in that space if we choose to?”

How is that a double game? How does it reveal why he can’t be trusted?

Putin “shouldn’t be trusted” because he’s a former KGB boss who installed himself as a sort of kleoptocratic Tsar of all the Russias and has been having his own way for two decades. Anyone who needs new reasons not to trust him at this point hasn’t been paying attention.

And what kind of double-game is it to say, “we’re not doing it, but by your own logic we could if we wanted to?” We could have nuked Kabul after 9/11, using the logic of the terrorists who’d attacked us, but we didn’t. We didn’t have to prosecute that war by the protocols of the Geneva Conventions (because, surprisingly enough, the Taliban and Al Qaeda were not signatories to that treaty), but we did. Would it have been “playing a double game” to have acknowledged these things out loud?

Biden is silent for a full seven seconds, and it’s a thoughtful pause. Putin takes at most an extra second or two to process a question, and it’s a “long five second” hesitation. Biden comes out of his pause to deliver a halting and rambling response that’s considered on its merits; Putin responds quickly and concisely, and he’s “playing a double game” that shows why we can’t trust him.

I’m not attacking Biden (any more than usual) or defending Putin (at all). I’m not picking on DR or Berlingske. I’m just trying to point out why standards of journalism matter. If a head of state pauses before answering a question, and you feel that pause was somehow significant, all you need to do is report the fact: “President Huffalump paused for six seconds before answering.” Don’t presume to know whether good old Huffalump is deep in thought or wicked old Huffalump is tangled up in scheming: just tell us the facts. You know he paused: you cannot claim to know why.

Insistence on coloring simple actions with editorial adjectives and suppositions can only have one consequence in the long run, and that’s the erosion of credibility in the profession of journalism. (As if that ship hadn’t sailed off long ago.)

Back in the good old days, American NFL broadcasts on television usually paired a “play-by-play” analyst with a “color commentator.”

The job of the former was to inform viewers of what was happening in the game: “Third and six on the Pats’ own thirty-six yard line… Grogan takes the snap… he’s in the pocket… looking downfield… throws deep to Stanley Morgan… Morgan pulls it in, and he’s got some room to—no, there’s Colzie, and he takes him down around the Dolphins’ forty-one.”

The job of the color commentator was, obviously, to provide a little color: “Yeah, Grogan and Stanley have really been clicking the last couple of games, and we’re probably gonna see a lot of Stanley on third-and-long this afternoon. They’re gonna wanna be careful, Colzie’s got a lot of picks on the year.”

I mention all that to illustrate that even people as dimwitted as 1970s television sports producers realized there was a difference between the events on the ground and the colorful details around them. They understood that fans knew the difference and wanted those things kept apart, and so that’s what they gave them. And it worked.

Opinion guy: “Biden took some time to gather his thoughts before cutting to the heart of the matter with his usual lucidity,” or “Biden looked lost and confused, like a child looking for his mother in a crowded supermarket, then delivered a handful of non-sequiturs in his usual hesitant and rambling manner.” “You could see the wheels turning in Putin’s devious mind as he spent several seconds plotting how to turn the tables on his questioner, if not actually kill him,” or “Putin paused reflectively before responding calmly and respectfully that he hoped to improve relations with western nations, love for which emanated from him like the heat off summer blacktop.”

Obviously a notion as radical as the compartmentalization of news to news sections and opinion to opinion sections is never gonna fly, however, so this entire post has surely been an exercise in futility.

But if you doubt the significance of colorful and interpretive language being used in news stories, here’s a little case study in how a little bit of dressing can change the way we perceive something. (Partly as a case study, partly for fun.)

And here’s the same exact intro with a different theme song:

The videos are identical, frame for frame. Only the music is different.

And that change is enough to turn an innocuous sitcom into something dreadful to contemplate. (If you play a super happy fun song over the title credits of The Shining, it does the same trick in reverse.)

A turn of phrase here and there can do the exact same thing to a news story, and that’s a tool that’s being abused every day in every newsroom in every nation in the world with a free press right now. (And something that has always been done in every nation with a state-controlled press.)

Before I wrap up: at about the 15:20 mark in the NBC video, Sullivan asks Putin whether he remembers Biden telling him he couldn’t see his soul (something I touched on yesterday). Putin wonders aloud what a soul is, claims not to have any memory of the incident, and gets back on track talking about cooperation as the “driving force” behind international summits.

“Soul is something for church,” he says.

Putin says he can’t rule out that the episode may have happened, and is gracious (or sarcastic) enough to say he’s sure Biden has a good memory, but he himself doesn’t remember anything like that. He says that he’d normally remember inappropriate behavior, but doesn’t remember an incident like the one described by Biden ever having taken place.

Sullivan takes the bait: would it have been inappropriate to say what Biden claims to have said? (That is, to tell a head of state that “you have no soul.”)

Putin talks about “normal context” and how such a statement wouldn’t really fit within it: it would be counterproductive, “a waste of time.” Then he says a thing like this—the telling of such a tale—can be done for domestic consumption, which is what he believes has probably happened here.

All of that was left on Berlingske’s cutting room floor. Putin’s five-second hesitation makes the headline, but what amounts to an accusation of Biden having tried to puff himself up with a lie about the Russian President doesn’t even make the article.