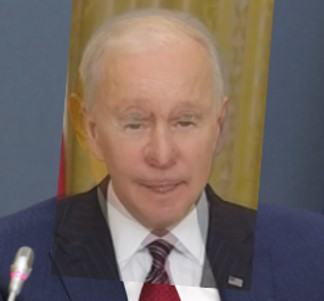 Today’s Berlingske features an opinion piece by Samuel Rachlin, with whose work I’m completely unfamiliar, entitled “A summit with a view to a little of everything: a turning point, doom, a big political miracle, or an historical nightmare.”

It’s not particularly caustic one way or the other—in fact, on many levels this opinion piece seems closer to objective analysis than a lot of the stuff that cluttered Danish media in the immediate aftermath of the summit—but the closing is interesting (the link is from the article):

Biden’s overall political objective is to secure democracy against autocracy and the authoritarian regimes that seek to undermine and abolish Western democracies. That’s his most important headline. President Putin has proclaimed that liberal democracies have played their part and are poised for a fall. He’s at the vanguard of a new Russian conservatism which, with a combination of nationalism, religion and oligarch capitalism, will pave the way for future generations both in Russia and other nations.

He has shown in word and deed that he will do his part to hasten the march of the democracies towards the abyss. By means of destabilization in the form of hacking, disinformation, and other forms of subversive activity. In Putin’s view, our era’s political crises in Western culture and the storming of Capitol Hill support the thesis of the collapse of the democracies. What did not succeed for the Tsars or the Communists, in that light, seems to be working out nicely for Putin.

So the question is whether Biden’s vision that democracies will win over autocracy that will prevail, or whether Putin’s vision of doom will turn off the lights in the Western democracies. If the latter is the case, the Geneva summit will stand as a historic turning point or as a historic miracle. Or rather nightmare.

When I said it was “interesting,” I actually meant “a hot mess.”

Rachlin’s interpretation of the summit appears to be that Biden stood in defense of “the democracies” while Putin represented the dark forces arrayed against them.

This premise requires us to accept as givens firstly that Putin seeks the overthrow of the western democracies and secondly that Biden is fighting for what we typically lump under an umbrella called “the liberal democratic tradition.”

There’s not much evidence to support these premises.

Let’s start with Putin. The article Rachlin links to is a June 2019 interview Putin gave the Financial Times. Its title is “Vladimir Putin says liberalism has ‘become obsolete,’ ” which is very different from saying that “liberal democracies have played their part and are poised for a fall.”

In an FT interview in the Kremlin on the eve of the G20 summit in Osaka, Japan, the Russian president said “the liberal idea” had “outlived its purpose” as the public turned against immigration, open borders and multiculturalism.

Mr Putin’s evisceration of liberalism — the dominant western ideology since the end of the second world war in 1945 — chimes with anti-establishment leaders from US president Donald Trump to Hungary’s Viktor Orban, Matteo Salvini in Italy, and the Brexit insurgency in the UK.

“[Liberals] cannot simply dictate anything to anyone just like they have been attempting to do over the recent decades,” he said.

Mr Putin branded Chancellor Angela Merkel’s decision to admit more than 1m refugees to Germany, mainly from war-ravaged Syria, as a “cardinal mistake”. But he praised Donald Trump for trying to stop the flow of migrants and drugs from Mexico.

“This liberal idea presupposes that nothing needs to be done. That migrants can kill, plunder and rape with impunity because their rights as migrants have to be protected.”

He added: “Every crime must have its punishment. The liberal idea has become obsolete. It has come into conflict with the interests of the overwhelming majority of the population.”

Nowhere in that text (or anywhere else in the article) is Vladimir Putin calling for the collapse of “western democracy.” He’s not even evangelizing anything in particular. He’s observing that liberal progressivism (“the dominant western ideology since the end of the second world war in 1945,” as the FT phrases it) appears to have run its course.

It isn’t the western democracies he’s eulogizing, but western leftism, and even the FT journalists seemed to understand as much.

The two are not the same. America doesn’t stop being a democracy whenever Republicans occupy the White House or control Congress. International leftism is, as the FT points out, not a system of government but an ideology

Ironically enough for an ideology that Americans often called “liberalism,” it’s an ideology that’s become increasing illiberal, more concerned with centralized social control and the suppression of dissent than with individual liberty and freedom of expression.

That’s not to say that Putin is on the side of the angels: he himself is no friend of liberty. The record is clear on that.

All of this is turned inside-out and upside-down by Rachlin, who sees Putin’s contempt for contemporary western leftism as contempt for western systems of government. Putin sees the populist reaction from within the western democracies against this new illiberal leftism as something significant. But no conservatives on the American or European right are calling for an end of democracy: on the contrary, it’s conservatives who are now defending the old liberal values: free speech, freedom of assembly, individual liberty, free and fair markets, and so on.

And then we have Biden, the man Rachlin envisions as the great defender of liberal democracy.

Joe Biden surrounded the Capitol with razor wire and armed guards. He opens himself up to the press less often, for less time, and with less spontaneity than any president of the modern era. He portrays his political adversaries as terrorists and white supremacists. And he wants the government to control more and more of Americans’ lives.

Joe Biden isn’t standing up for western democracies: he’s standing up for one of the most toxic and authoritarian ideologies ever to have gone mainstream in America: an ideology that wants people judged not on their merits, but the color of their skin; that wants to stigmatize, stifle, or ban all forms of dissent; that sees no distinction between legal and illegal immigration; that is comfortable discussing the most radical changes to the American system of government in generations; that is dismissive of the Bill of Rights; that seeks to hold and wield absolute power and to criminalize dissent. (But sends out the nicest tweets!)

Seen through that lens, the Putin-Biden dipole doesn’t suggest anything as majestic as a struggle over the fate of western civilization, but a scenario closer to Henry Kissinger’s assessment of the Iran-Iraq war: “the ultimate American interest” is that “they should both lose.”